USPSTF PrEP Recommendation a Major Step Forward, but Not a Silver Bullet

The recommendation means more patients will be able to access PrEP at no cost. However, it likely won’t be enough to dramatically boost PrEP usage without other systemic advances.

A new recommendation by a key government agency could pave the way for hundreds of thousands of patients at a high risk of transmitting HIV to be able to access pre-exposure prophylaxis (PrEP) for the first time. However, public health experts say the barriers to wider adoption of the breakthrough medication are complex and interrelated, meaning the impact of the new recommendation could be tempered by lingering structural challenges.

Earlier this month, the US Preventative Services Task Force issued its final recommendations for PrEP, giving the drug a “ Grade A” recommendation. Under the Affordable Care Act, the USPSTF’s recommendation means private insurers will be obliged to make the drug available to patients without cost-sharing beginning in 2021. The move is seen as a major step forward because, despite its potential to drastically reshape the HIV risk landscape, the vast majority of people who are considered to be at a high risk of contracting HIV do not use the regimen.

A US Centers for Disease Control and Prevention (CDC) report issued last October found that while there were 1.1 million Americans at risk of contracting HIV in 2015, just 78,360 individuals filled a prescription for PrEP in 2016.

Amy Killelea, JD, senior director of health systems integration at the National Alliance of State and Territorial AIDS Directors (NASTAD), said to date, many patients have been unable to afford the drug, even with insurance. 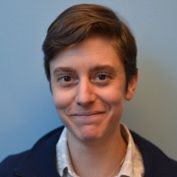 “Right now, even though the vast majority of plans cover PrEP on their formularies, the cost-sharing associated with it is usually pretty high given the high cost of Truvada,” Killelea said.

The new ruling theoretically means patients will be able to access the drug without being exposed to high costs—or any costs, for that matter. However, Killelea said it’s unclear how insurers will implement the USPSTF’s recommendations. That’s because, while on paper their requirements are straightforward, Killelea said there are a number of variables available to insurers that might impact patients’ ability to access the drug.

“While plans will be required to cover PrEP without cost sharing, they are allowed to use ‘medical management’ practices that could limit access to PrEP,” she told Contagion®. “For instance, we could see increased use of prior authorization.”

Insurers might also have flexibility in terms of which pre-exposure prophylaxes they cover. Although at present, Gilead’s Truvada is the only PrEP drug available on the market, Killelea said by the time the task force’s recommendations take effect in 2021, there will likely be another PrEP drug, Descovy, on the market, as well as a generic PrEP option. It remains to be seen whether insurers will interpret the task force’s recommendation to mean all of these drugs must be made available without cost-sharing, or whether they’ll assert that only a subset of the PrEP category of drugs must be made available without cost-sharing.

Killelea said it’s also unclear the extent to which PrEP-related services will be covered, and whether they will be covered without cost to the patient. This could be another area where insurers could limit their financial exposure as a result of the task force’s recommendation.

“Because the final recommendation is vague on some of these points, sub-regulatory guidance—at both the federal and state levels&mdash;will be necessary in ensuring that payers are implementing the coverage and cost sharing provisions fairly and uniformly,” she said.

For its part, America’s Health Insurance Plans (AHIP), the trade group representing the nation’s major private insurers, has aggressively sought to make Truvada’s price tag—rather than insurer coverage decisions&mdash;the issue. The drug costs around $1600 per month, and AHIP argues that the country’s current set of drug regulations make it too easy for drug-makers to stifle generic competition and charge exorbitant rates.

“Truvada is just one example of how out-of-control drug prices are inflicting pain on patients, consumers, and taxpayers,” AHIP wrote in comments to the task force. “A combination of bold legislative and regulatory steps is needed to hold drug makers accountable for high list prices and ensure that the American people have access to affordable medications.”

Such efforts may be gaining traction. Last year, President Trump announced a “Blueprint to Lower Drug Prices,” and last month the Department of Health and Human Services published new rules requiring drug companies to list the prices of their drugs in their advertisements. Some believe such transparency will help spark market forces to drive down drug costs.

In the meantime, Sen. Kamala Harris (D-CA) has introduced legislation designed to put teeth in the USPSTF’s recommendations. Introduced last week, the bill would require insurers to fully pay for ancillary PrEP services, in addition to the drug itself.

“PrEP is a critical advancement in the fight against HIV that can finally provide peace of mind to Americans who live in the shadow of the HIV epidemic,” Harris said, in a press release. “But for too many in our country, lack of insurance coverage and steep costs have put PrEP out of reach—and that needs to change.”

Harris also noted that thousands of Americans at risk for contracting HIV don’t have health insurance. Her bill would fund a grant program to help uninsured Americans access the drug.

Killelea said although the task force’s recommendation doesn’t directly impact uninsured patients, it may have an indirect impact. She noted that the recommendation will be circulated among primary care providers, resulting in increased awareness about the drug, how it works, and where it’s available.

“This will benefit both insured and uninsured individuals, as one barrier to PrEP has been lack of provider awareness and willingness to engage with patients about PrEP and to ultimately prescribe it,” she said.

“We know, however, that access does not automatically result in utilization so we call on healthcare providers to educate their patients who are at-risk for HIV acquisition—especially those who are people of color&mdash;about PrEP and how it can protect their sexual health,” he said, in a press release.

The CDC and others have noted that PrEP use among some categories of patients, particularly black and latino men, trails behind usage rates among other demographic groups.

“The final USPSTF recommendation provides much needed momentum for federal and state policymakers as well as governmental public health agencies to scale up PrEP efforts,” she said.

Indeed, while awareness, provider comfort, accessibility, and cost all play a role in PrEP, the USPSTF’s recommendations only directly affect the latter 2 categories. And, as a 2018 review of 47 PrEP implementation studies noted, a solution to the problem of low PrEP coverage might require a more holistic, less siloed approach.

“Multilevel interventions would integrate biomedical, behavioral, and structural or systemic components,” wrote Rogério M. Pinto, PhD, of the University of Michigan’s School of Social Work, and colleagues. “Just as patients, providers, and systems do not operate in isolation, proposed interventions cannot be considered to perform isolated functions (e.g., biomedical, behavioral, or structural).”