The 1918 Influenza Pandemic: Looking Back 100 Years

Said to have killed more people in a single year than the infamous 14th century European Black Death, the pandemic infected a full third of the world’s population. 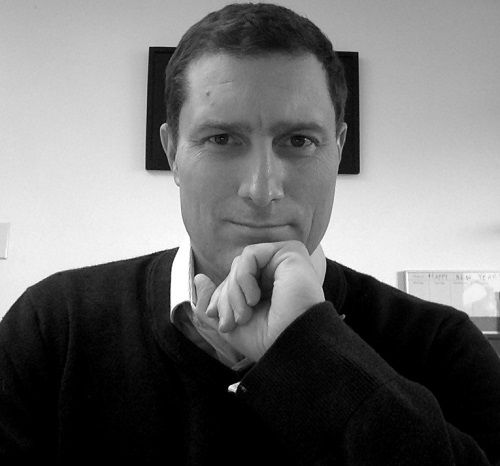 The influenza pandemic of 1918-1919 was one of the most severe medical episodes in modern history. Said to have killed more people in a single year than the infamous 14th century European Black Death, the pandemic infected a full third of the world’s population. About 500 million people contracted it, with at least 50 million dying as a result. In the United States alone, one-quarter of the population became ill and fatalities numbered about 675,000.

Although its exact origins are unknown, the pandemic was branded “Spanish flu” after it migrated to Spain early in its circulation and sickened the king, Alfonso XIII. He recovered, but many other young adults didn’t: The flu disproportionately targeted otherwise healthy individuals in their 20s and 30s—exactly the demographic that normally suffers least during yearly seasonal flu outbreaks, which typically are risky for infants, the elderly, and anyone with a compromised immune system. In 1918—1919, records show that death rates from flu and pneumonia (a typical complication) were more than 20 times greater among individuals ages 15 to 34 than they had been during past flu epidemics, and mortality peaked at age 28. In fact, the risk of death in individuals younger than 65 was higher than the risk in those older than 65. And because the flu coincided with World War I, soldiers were hit hard, with up to 40% sickened by the virus. Estimates are that influenza actually killed more American military personnel than war injuries did.

Why was the flu pandemic of 1918 so much more destructive than pandemics before and after that time, especially to young adults? A team of scientists led by Michael Worobey, PhD, the Louise Foucar Marshall Science Research Professor at the University of Arizona, Tucson, Arizona found some answers.

Dr. Worobey’s research revealed that an H1 human flu virus that had been floating around for some years before 1918 likely picked up avian flu enzymes and morphed into an entirely new H1 virus. However, most individuals born after 1900 would have had exposure to the original H1 virus, as children typically are infected with influenza by age 5 or 6. This early exposure led to a healthy immune response to H1 viruses, which during the 1918 pandemic kept the death rate for those age 18 and younger relatively low.

In contrast to those under the age of 18 when the Spanish flu hit, individuals who were born between 1880 and 1900 would have been exposed early to a different strain of flu, an H3 virus, that circulated at the end of the 19th century. This group had little protection from the 1918 H1 strain and, as a result, suffered much poorer outcomes in general. It stands to reason that individuals older than 40 must have had exposure to an H1 virus in their youth also, offering them greater immunity to the Spanish flu than their slightly younger counterparts. Dr. Worobey noted that when analyzing the deaths of hundreds of individuals who’ve died from avian flu in much more recent years, the most important factor has been the kinds of childhood viruses to which they were exposed.

“There’s this very strong indication that the people who did well in 1918 had some kind of prior exposure,” Dr. Worobey told Contagion®. “Your first experience with influenza shapes subsequent experience. There’s something special about the first immune response.”

Flu was Lethal, Not Speedy

Although the Spanish flu pandemic felled millions worldwide, it didn’t ricochet around the globe at high speed. “The 1918 virus did not spread any faster than other pandemics—the timing was very typical for a pre-airplane pandemic,” John M. Barry, MA, a historian and author of The Great Influenza: The Story of the Deadliest Pandemic in History (Viking, 2004), told Contagion®. “[Viruses] move as fast as people or freight move. In 1698, it took weeks to cross the ocean by sail, so it took weeks to spread a pandemic from Europe to the Americas. In 1918, you had railroads and steamboats.” The distance that it took days to traverse 100 years ago can now be covered in a matter of hours because of planes and high-speed trains.

Yet, despite the universal appeal of swift travel methods, we haven’t encountered another pandemic nearly as devastating as the Spanish flu. Dr. Worobey feels that the pandemic of 1918 was unusual because it involved, as he put it, “a huge cohort of people with protection against the wrong virus.” He also noted that antibiotics were not available at the time, resulting in not only deaths from flu complications but higher carriage rates of bacterial infections in general. “That landscape has changed dramatically, at least in the developed world,” he said.

Which is not to say that we are immune from another influenza pandemic, but that if and when it hits, it might manifest differently than before.

Laurie Saloman, MS, is a health writer with more than 20 years of experience working for both consumer- and physician-focused publications. She is a graduate of Brandeis University and the Medill School of Journalism at Northwestern University. She lives in New Jersey with her family.