The alarming rise in bacterial resistance has led to a growing need for new antibacterial drug targets. According to the World Health Organization, approximately 60% of hospital infections are resistant to at least 1 first-line therapy, leading to longer hospital stays and increased mortality and morbidity.1 Designated a “serious threat” in the CDC’s 2019 report Antibiotic Resistance Threats in the United States, methicillin-resistant Staphylococcus aureus (MRSA) accounts for more than 323,000 cases annually and causes over 10,000 deaths in the United States.2 The extensive resistance of MRSA to several antibacterial classes, along with less than ideal dosing of and therapeutic monitoring requirements for the first-line agent, vancomycin, has led to significant interest in the discovery of new antistaphylococcal agents with novel bacterial targets.

Wittke et al reported the phase 2 clinical trial results of afabicin for the treatment of acute bacterial skin and skin structure infections (ABSSSIs) caused by S. aureus (NCT02426918).3 Afabicin (AFN-1720, Debio-1450) is a first-in-class antistaphylococcal agent that works by inhibiting a key enzyme––enoyl-acyl carrier protein (ACP) reductase, or FabI––in the bacterial fatty acid synthesis pathway (FAS-II). This enzyme is responsible for producing the essential fatty acids needed for a functional cell membrane. Because the bacterial FAS-II pathway is distinct from eukaryotic fatty acid synthesis (FAS-I), enzymes in this pathway have held considerable interest for investigators as selective antibacterial drug targets.4 The FabI enzyme is a critical, rate-limiting enzyme in the FAS-II pathway. Importantly, FabI is one of several known enoyl-ACP reductase isozymes that are both species-specific and mechanistically distinct. This, coupled with the ability of some organisms to bypass FAS-II inhibition using fatty acids from the host, makes FabI a narrow-spectrum antibacterial target. Afabicin is a phosphate prodrug that is converted to the active dephosphono moiety in vivo after oral or intravenous (IV) administration (Figure).

The investigators reported results from a randomized, double-blind, double-dummy study consisting of 330 participants across 15 study centers for the treatment of ABSSSIs. A microbiological intent-to-treat (mITT) population included 284 patients with baseline S. aureus or pathogenic coagulase-negative staphylococcus isolated from blood or primary lesion. Participants were divided into 1 of 3 cohorts and treated for 7 to 10 days. Cohort 1 received 80 mg IV afabicin followed by 120 mg oral afabicin twice daily. Cohort 2 received 160 mg IV afabicin followed by 280 mg oral afabicin twice daily. Cohort 3 received 15 mg/kg IV vancomycin followed by 600 mg oral linezolid twice daily. There was no separate cohort for patients with polymicrobial infections with staphylococcal and nonstaphylococcal species (21.1% of the mITT population), although the investigators tracked and reported the data. The primary efficacy end point in this study was early clinical response, defined as a reduction in lesion area, erythema, and edema at 2 to 3 days post initiation. Of note, MRSA was the primary causative agent for approximately half the population in each group. Investigators reported that the early clinical response in the afabicin cohorts 1 and 2 was noninferior to that of the vancomycin/linezolid cohort 3 (94.6% and 90.1% vs 91.1%). Commonly reported adverse events in both the high-dose and low-dose afabicin groups were headache, nausea, vomiting, and diarrhea. Interestingly, the diarrhea rate in the afabicin cohorts was 50% less than that in the vancomycin/linezolid cohort.

The results of this clinical trial suggest that afabicin has the potential to be an antistaphylococcal drug of similar efficacy to vancomycin. The availability of oral and IV formulations, as with linezolid, would alleviate the complexities associated with switching from IV to oral antibiotics for severe infections. However, although linezolid has broad gram-positive activity, afabicin possesses narrow-spectrum activity, which will limit the use of the drug to confirmed staphylococcal infections, including MRSA. Additionally, this drug is unlikely to be effective against gram-negative bacteria due to difficulties with cell penetration.5 With limited potential as an empiric treatment, it is likely that rapid diagnostic tests would be needed with afabicin, although this could result in quicker time to targeted therapy. Anticipated advantages of afabicin’s narrow-spectrum activity include a limited microbiome impact, mitigation of antibiotic resistance, and decreased prevalence of infections from opportunists such as Clostridioides difficile. Afabicin, if approved, would certainly have a place in the clinic as a Staphylococcus-targeted, narrow-spectrum antibacterial agent. However, additional clinical trials with larger sample sizes are needed to further assess the drug’s safety and long-term effects.

Humna N. Meer is a 2nd-year professional pharmacy student at the University of Tennessee College of Pharmacy in Memphis. She previously received a bachelor of arts degree in chemistry from Hendrix College in Conway, Arkansas.

Kirk E. Hevener, PharmD, PhD, is an assistant professor of pharmaceutical sciences at the University of Tennessee College of Pharmacy in Memphis. His research focuses on the characterization and validation of narrow-spectrum antibacterial drug targets. 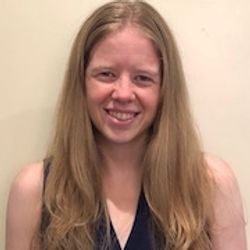 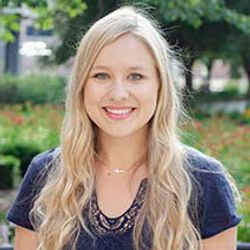