Based on WHO guidelines for tuberculosis screening, many individuals who don’t have the disease are sent for expensive confirmatory testing. A simple point-of-care blood test could change all of that. 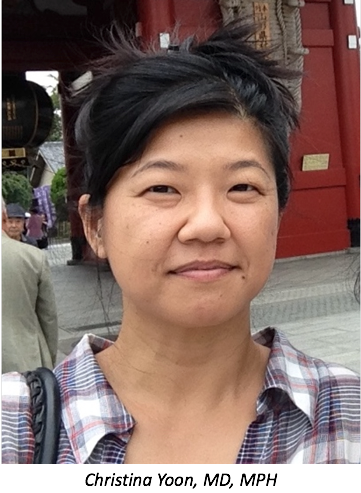 Tuberculosis (TB) remains a huge global problem. Although the number of cases falls slightly each year, the disease killed 1.5 million individuals in 2015, and 400,000 of them were living with HIV.

Because of its prevalence, and its particular risk to those with HIV, the World Health Organization (WHO) has in place a recommendation to screen for TB all HIV-positive individuals, using a test with at least 90% sensitivity and at least 70% specificity. Currently, no test in use meets those requirements. The WHO has been championing the use of symptom-based screening, but its specificity is low—ranging anywhere from 5% to 33% per several past studies; this results in many individuals who don’t actually have tuberculosis being referred for diagnostic tests such as the Xpert MTB/RIF assay, which is expensive and not necessarily available in all corners of the world, especially tuberculosis-endemic regions.

In an effort to identify a more accurate and cost-effective screening test for tuberculosis, scientists at the University of California, San Francisco (UCSF) evaluated 1,177 adults with HIV who were treated at two HIV/AIDS clinics in Uganda between July 2013 and December 2015. The subjects were all offered C-reactive protein (CRP) screening as an alternative to symptom-based screening. CRP measures levels of inflammation in the body. The results of the study were encouraging: higher levels of CRP corresponded to the incidence of culture-confirmed TB among the subjects.

“Our study found that CRP, a nonspecific inflammatory biomarker that can be measured from whole blood obtained from [a] finger prick using an inexpensive, simple, and rapid point-of-care assay, had a substantially lower false-positive rate than symptom-based screening (28% vs. 86%) while detecting 89% of all culture-positive TB cases and 94% of all Xpert-positive TB cases,” Christina Yoon, MD, MPH, a global health sciences faculty affiliate at UCSF and the lead author of the study, told Contagion®.

“These results suggest that replacing symptom-based TB screening with CRP-based TB screening would reduce the proportion of people living with HIV requiring Xpert MTB/RIF confirmatory testing by half and increase the proportion of people living with HIV immediately eligible for TB preventive therapy by more than fivefold,” Dr. Yoon said. “In addition, for the vast majority of high-burden countries that use Xpert MTB/RIF as the confirmatory test, CRP-based TB screening can be expected to detect nearly all (94%) Xpert-positive TB cases--those cases that pose the greatest infectious risk to the community—while substantially reducing the costs of TB diagnosis.”

Dr. Yoon noted that adhering to the current WHO guidelines, which recommend that every person living with HIV who screens positive for TB based on symptoms alone be given confirmatory testing, may be an onerous task in many parts of the world. “If a country has the resources to perform confirmatory TB testing in all people living with HIV, they should probably go for it,” she said. “However, this strategy would be simply unfeasible for most, if not all, TB-endemic countries. The current screening strategy—symptom-based TB screening&mdash;would essentially be the equivalent of performing confirmatory TB testing in everybody because the vast majority of patients can be expected to screen positive by symptoms. That’s the problem with symptom-based screening: almost everyone screens positive.”

Unfortunately, only 7 million of the 36.7 million individuals living with HIV worldwide underwent TB screening at all in 2014. Because having HIV greatly increases the chance of an individual moving from latent TB to active TB, early screening is crucial—as is using an accurate screening method that doesn’t waste valuable time and resources.