It is estimated that 75% of women will experience an episode of vulvovaginal candidiasis (VVC) in their lifetimes, and with several OTC treatment options, incidence may be underreported.1,2 Based on the results of the VANISH 303 (NCT03734991) and VANISH 306 (NCT03987620) studies, ibrexafungerp (Brexafemme) was recently FDA approved for VVC treatment. It is a new, first-in-class triterpenoid antifungal and the first new antifungal class since the echinocandins were approved in the early 2000s.

VANISH 303 was a phase 3, multicenter, randomized, double-blind, placebo-controlled superiority study that evaluated ibrexafungerp versus placebo for the treatment of acute VVC.3 Female patients 12 years and older with acute symptomatic VVC (assessed by a vulvovaginal signs and symptoms scale), a positive microscopic examination with 10% potassium hydroxide in a vaginal sample revealing yeast forms, and a normal vaginal pH (≤4.5) were included. Contraceptive use was required for patients of reproductive potential. The study excluded patients who were pregnant or lactating, had an immunocompromising condition, had active cervical or vaginal cancer, or received any antifungal therapy within 28 days of enrollment.

Patients were randomized 2:1 to ibrexafungerp 300 mg twice daily for 1 day or matching placebo and were followed at a test-of-cure visit and a follow-up visit on days 7 to 14 and 21 to 30, respectively. Vulvovaginal samples were collected for fungal culture at screening and at the test-of-cure visit, as well as the follow-up visit if symptoms were present. The primary outcome was clinical cure at the test-of-cure visit at day 10, defined as complete resolution of VVC signs and symptoms without the need for further antifungal treatment. Secondary end points included mycological eradication, clinical improvement (which included partial and complete symptom resolution), and safety.

A total of 376 patients underwent randomization. The modified intent-to-treat population consisted of 286 patients (188 received ibrexafungerp; 98 received placebo) with a positive culture for 1 or greater Candida species. More than 90% of cultures grew Candida albicans, and the second most common species grown was Candida glabrata. The ibrexafungerp group experienced higher rates of clinical cure, mycological eradication, clinical improvement, and overall success versus placebo at the follow-up visit. Ibrexafungerp was well tolerated overall, and adverse events were primarily gastrointestinal and mild in severity (Table).3

VANISH 303 was followed by VANISH 306, a second phase 3 study with an identical study design that evaluated the efficacy and safety of ibrexafungerp for acute VVC treatment in an international patient population. VANISH 306 concluded with similar results to that of VANISH 303.4 With superior efficacy to placebo and a good safety profile, ibrexafungerp was FDA approved in June as the first nonazole treatment for VVC. Several ongoing clinical trials are evaluating the use of ibrexafungerp in recurrent VVC, invasive pulmonary aspergillosis, refractory or intolerant fungal diseases, and candidiasis caused by Candida auris.5

Prior to the approval of ibrexafungerp, pharmacologic treatment of VVC was limited to topical azole therapy or oral fluconazole.6,7 Patients with azole-resistant yeast or azole-associated intolerances or contraindications often resort to off-label treatments such as boric acid. Furthermore, fluconazole use in pregnancy has been associated with rare birth defects, although the data are conflicting about the safety of a single 150-mg oral dose.8 Based on observed fetal harm in animal studies, ibrexafungerp is contraindicated in pregnancy, so there remains a lack of systemic VVC treatment options for these patients.4 Of note, 2 pregnancies were reported in VANISH 303; both patients received ibrexafungerp, and both had live births with no reported complications.

Ibrexafungerp is a promising new agent with pharmacologic advantages, including high oral bioavailability, fungicidal activity, and limited observed cross-resistance with other antifungal agents.4,9 Furthermore, studies have demonstrated that unlike fluconazole, ibrexafungerp retains activity at vaginal pH of 4.5 or less, which is a characteristic feature of VVC and may be an important consideration for treatment and susceptibility testing in patients with azole-refractory VVC.10

SPREADing the Love: The Importance of Mentorship in Pharmacy 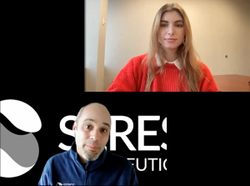