In a case series of 18 patients, all but 3 were cured by single-donor fecal microbiota transplantation capsule therapy. 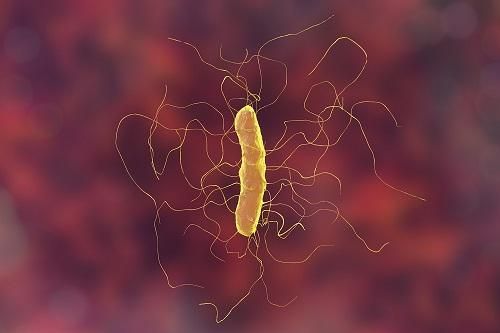 Single-donor fecal microbiota transplantation (FMT) capsule therapy appears to have a similar cure rate to multi-donor transplants for patients with Clostridioides difficile infection (CDI), according to a new report.

The study was published in the Danish Medical Journal.

When a patient is diagnosed with CDI, they are typically prescribed antibiotics such as vancomycin or fidaxomicin. However, if the infection recurs, FMT is often the preferred option. Transplantation can be accomplished through endoscopy, enemas, or capsules, explained corresponding author Morten Helms, MD, PhD, of Copenhagen University Hospital-Hvidovre Hospital, in Denmark, and colleagues. Of the 3 delivery methods, endoscopy tends to have the highest success rate, but capsules have also been reported to have a high cure rate, between 82% and 88%.

Despite the high success rates, FMT can come with risks. In particular, clinicians must use a careful screening process when choosing donors in order to ensure that harmful microorganisms, such as multidrug-resistant bacteria, are not transferred to the recipient.

This fear has led to questions about whether using a single donor or multiple donors for FMT is safest, Helms and colleagues said.

Helms and colleagues therefore decided to see how single-donor FMT affected the safety and efficacy rates of the procedure. They examined a retrospective case series of 18 patients with recurrent, refractory, or fulminant CDI who were treated for 3 days with FMT capsules from a single donor. The patients ranged in age from 22 to 87, and all were treated during the last 3 months of 2020. The investigators defined a clinical cure as the absence of diarrhea or diarrhea with a C. difficile-negative stool sample 8 weeks following treatment.

Of the 18 patients treated in the case series, all but 3 reached clinical cure. Of the 15 who were cured, 11 had no diarrhea after 8 weeks and were not tested for CDI; 2 patients had no diarrhea and had a negative CDI test; the remaining two had continued diarrhea, but their stool tests came back negative.

“The reported cure rates are in line with those reported in a recently published meta-analysis, including all studies investigating the effects of FMT capsules in recurrent C. difficile infection reporting a primary cure of 85% (95% confidence interval: 82%-88%) across all studies,” Helms and colleagues wrote.

The investigators said their findings were limited by the small sample size. They were also unable to analyze patient microbiomes before and after treatment.

Helms and colleagues said a number of unanswered questions remain regarding FMT, but they said the stability of cure rates regardless of the number of donors, ought to inform future treatment decisions.

Still, they said investigators should continue to search for ways to improve the safety of FMT without sacrificing efficacy.

“Two approaches to achieving this may be to determine the lowest effective treatment dose or to only transfer sterile fecal material without the bacterial fraction, called fecal virome transplantation, which has shown promising results,” they said.