Could dressing more formally induce patients to adhere to their treatment plans?

In health care and infection prevention, it’s easy to focus on the functionality and safety of clothing for health care professionals. We focus on the utility of scrubs and the dangers of ties for physicians, but does the attire that a physician wears impact the patient’s preferences in terms of care?

Patient experience and satisfaction scores are increasingly becoming a focal point for hospital performance. A positive patient experience is frequently associated with stronger adherence to treatment and better patient outcomes. In a time where the Yelp-effect can influence physician antimicrobial prescription practices, it’s not unlikely that it would also play into how physicians dress. As such, investigators on a new study across 10 hospitals within the United States sought to evaluate patient perceptions and expectations with their physicians, particularly regarding attire, to determine if there is an association between attire and the patient experience.

Over 4000 patients were recruited and surveyed from 2015 to 2016. Patients rated provider photographs in a number of settings, and in a number of attires. The photographs of medical providers included men and women who were dressed in several different attires: casual, casual and white coat, scrubs, scrubs and white coat, formal, and formal with a white coat. Casual attire included jeans with a collared short-sleeved shirt and tennis shoes, while formal attire included a button-down shirt and suit pants with leather shoes. There was very little difference in the men and women’s attire, meaning that none of the female providers were shown to be wearing dresses, skirts, or heals beyond 1-inch. In efforts to reduce bias, researchers had 14 different versions of the study distributed to participants.

“Ratings regarding how knowledgeable, trustworthy, caring and approachable each physician appeared, as well as how comfortable the physician made the respondent feel, were measured using a 1—10 scale, where 1 indicated ‘somewhat preferred’ versus 10 ‘extremely preferred.’ Preference of attire within specific care settings (eg, primary care, emergency room, hospital, surgery and overall) was assessed using photos for each of the 7 attire categories,” study authors wrote. The investigators asked participants their opinions on the importance of dress clothing and white coats, as well as the role of physician attire on patient happiness and influence in the care they receive.

After surveying the patients, over half (53%) noted that physician attire was important to them during their care and over 30% felt that it influenced their satisfaction with medical care. Formal attire with a white coat was the most highly rated and statistically significant. Interestingly, for those participants aged 65 or older, they preferred formal attire with white coats for physicians and scrubs for surgeons.

A majority of the respondents were white males and 36% were aged 65 or older. Participants were least satisfied with physicians in casual attire and it appears that the presence of a white coat made a difference across the board. Such preferences were also unique to care settings as scrubs were the highest rated for emergency room physicians and surgeons while formal attire with a white coat was preferred for primary care and hospital physicians.

There were differences in patient preferences related to sex though as “female respondents more often preferred scrubs with white coats in emergency room and hospital settings than males (41% vs 31% (P<.001) and 32% vs 27% (P = .001), respectively). However, both genders indicated formal attire with white coat was overall most preferred (43% and 44%, respectively),” according to the study. 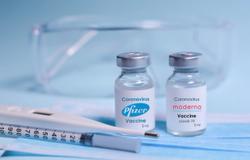