Recalls You Should Know About&mdash;Week of April 8, 2018

In case you missed them, we’ve compiled a list of the latest recalls posted this week.

Bob’s Red Mill Natural Foods has issued a voluntary recall of 2,099 cases of Organic Amaranth Flour (22 oz.) after Salmonella was detected in a single lot of the product which bore a “Sell By” date if November 26, 2015.

The recalled product was distributed through retailers and distributors on a national scale, particularly in California, Florida, Missouri, North Dakota, New Hampshire, New York, Ohio, Oregon, Texas, and Washington between June 11, 2014 and August 7, 2014.

The recalled lot number is 169617 and can be found on the side of the product’s package, toward the top of the panel.

Whole Foods Market has issued a voluntary recall of Explorateur French Triple Crème cheese from 9 stores located in New Mexico, Texas, Arkansas, Illinois, Connecticut, and New Jersey out of abundance of caution, as the products may potentially be contaminated with Listeria monocytogenes.

The products were cut and packaged in clear plastic wrap and sold in 8-ounce packages. The cheese had “Sell By” dates from February 15, 2018 to April 3, 2018. The problem was discovered when a distributor notified Whole Foods Market of a product testing positive for Listeria.

For more information on the recalled products, check out the official safety notice.

Premier Pharmacy Labs has issued a voluntary nationwide recall of sterile injectable products due to a potential lack of sterility assurance.

Microbial contamination was identified during routine testing of unreleased product lots due to an interaction between the product syringe and tamper evident container closure, which could potentially introduce microorganisms into the products, according to the announcement.

If these products are used, they may result in a site-specific or systemic infection, which could result in hospitalization, significant morbidity, or even death.

After receiving reports of low pH readings for platelets stored in the CLX HP bag in certain lots of Acrodose Plus and PL systems, Haemonetics decided to issue a recall. In some instances, the drop in pH is accompanied by a yellow discoloration of the bag.

According to the safety alert, platelets with pH lower than 6.2 and a lack of “swirl” may not be viable. Furthermore, transfusion of these platelets could result in delayed correction of coagulopathy or low-quality platelet transfusion which could, in turn, lead to an increased risk of morbidity and mortality.

Interstate Meat Distributors, Inc. has issued a recall for about 14,806 pounds of ground beef products due to potential E. coli O157:H7 contamination, according to the US Department of Agriculture’s Food Safety and Inspection Service.

The products were produced and packaged on February 10, 2018 as well as February 12, 2018; they had 96% lean and 4% fat on the product labels. Recalled products include: wrapped packages of 2.25-pound fresh “All Natural Ground Beef Chuck,” wrapped packages of 2.25-pound fresh “Ground Beef and Pork Blend,” and a 2.50-pound bag of 10 quarter-pound frozen “Brother’s Choice 85% Lean Angus Ground Beef Patties.”

For more information, check out the official announcement.

The US Food and Drug Administration has alerted health care providers about a voluntary recall of all non-expired products marketed as sterile produced by Coastal Meds LLC, due to visible particles found in some of the drug vials for injection.

Injection via a drug product that contains particulate matter could potentially result in serious or even life-threatening adverse events including infection, allergic reaction, and toxicity, among others. The FDA urges providers to immediately check their supplies and quarantine any sterile drug products intended for injection from this company. Do not administer them to patients. 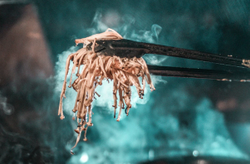