The Ripple Effect of Climate Change on Epidemic Risk

While rising temperatures and sea levels are often considered, changing climate patterns can have vast implications for epidemic risk as well. 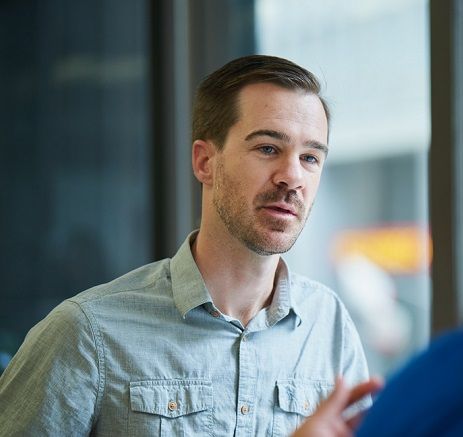 The potential impacts of climate change have returned to headlines in recent weeks as scientists, activists, and policy makers try to understand the possible implications of a warming planet during one of the busiest hurricane seasons on record. While rising temperatures and sea levels are often considered, changing climate patterns can have vast implications for epidemic risk as well.

Changes in global climate patterns have been widely discussed; however, increasing temperatures also have implications for risk mitigation and management, including impacts on infectious disease epidemics. With 2016 the hottest year ever recorded and 2017 following suit, we anticipate a continued increase in the distribution of disease vectors, like mosquitoes and ticks, which can spread illnesses such as Zika, yellow fever, and dengue to areas where they previously could not be effectively transmitted.

To-date, the continental United States has evaded large-scale outbreaks of Zika, dengue, and yellow fever, since Aedes aegypti, the mosquito species transmitting these viruses, prefer tropical and subtropical climates. Previously restricted to Southern Florida and the Gulf Coast region, weather patterns have caused the mosquito’s range to expand, and isolated populations have been identified as far north as Washington, DC, in recent years.

Increases in extreme weather events, as predicted by climate scientists, may also lead to increases in infectious disease outbreaks. Epidemics have previously been seen in the wake of natural disasters, which can lead to displaced and crowded populations, hotbeds for infection transmission. Severe rainfall or flooding is particularly effective at creating environments suitable for the transmission and propagation of infectious diseases such as measles or cholera. Conditions, as currently seen on the devastated island of Puerto Rico, are often more amenable for mosquitoes to breed in flood-affected regions and as a result, may increase disease risk in those areas.

Even without rising to the level of a natural catastrophe, increased variation in weather patterns can result in changes in human and animal interactions, increasing the potential for zoonotic pathogens to move from animals into human populations. For example, unusually heavy rains may predispose regions to Ebola outbreaks by creating more favorable environments for bats hosting the virus. Similarly, food scarcity brought about by drought, political instability, or animal disease may lead to more bushmeat hunting, raising the risk for Ebola outbreaks. In the American Southwest, years of drought led to booming rodent populations as predators suffered, resulting in deadly hantavirus outbreaks.

Moreover, melting permafrost and ice threaten to reignite long-dormant threats. In August 2016, melting permafrost in Siberia uncovered a nearly century-old reindeer resulting in multiple people becoming infected with anthrax spores associated with the carcass. Genetic fragments of the 1918 Spanish influenza and smallpox viruses have also been found in graves in Alaska and Siberia, raising the specter of the return of some of humanity’s greatest viral enemies.

While it is important to take note of the impact of climate change on epidemic risk, it is equally important to prepare for its impact on global health and the global economy. In addition to affecting the health and well being of populations worldwide, the financial toll of these epidemics can also be devastating. According to a report from the United Nations, Zika could end up costing Latin America and the Caribbean up to $18 billion. The Ebola outbreak in West Africa in 2014 required over $5 billion in emergency funds to control.

The global health community has largely come to realize that public health preparedness is critical to responding efficiently to infectious disease outbreaks; however, the health community has been slower to recognize that social and economic stability in the wake of epidemics are also needed to ensure community resilience. The World Bank has taken a step to formalize the transfer of funds through risk transfer mechanisms through the Pandemic Emergency Financing Facility, meeting resilience goals by deploying money to affected areas to fight outbreaks, and our work is centered around helping industry and governments manage and quantify infectious disease risk. Because regardless of weather patterns, insights into epidemics and mechanisms for ensuring adequate financial support is critical for managing this risk.

Since the public health community agrees that the question is not if another outbreak will happen…but when, the steps we take in the coming years to prepare for and mitigate the increasing frequency of outbreaks will determine the broader implications these diseases have on our world.

Dr. Ayscue is the Director of Epidemiology at Metabiota. He is an applied epidemiologist with over 10 years of experience in infectious disease outbreak response, surveillance, and analysis. Before joining Metabiota, he served as an Epidemic Intelligence Service officer at the US Centers for Disease Control, where he developed effective surveillance systems for monitoring infectious diseases. In his roles at CDC and the California Department of Public Health, Dr. Ayscue has cultivated expertise in responding to outbreaks, including deployments for Ebola, MERS, measles, meningitis, and emerging diseases of unknown origin. He has previously worked as a technical advisor for the Wildlife Conservation Society, designing avian influenza surveillance and response in Southeast Asia. He has been recognized by the University of Pittsburgh Medical Center as an emerging leader in biosecurity and by the National Academy of Sciences as a Mirzayan Fellow in Science and Technology Policy. Dr. Ayscue holds a BS degree from Emory University and a DVM. from Cornell University.