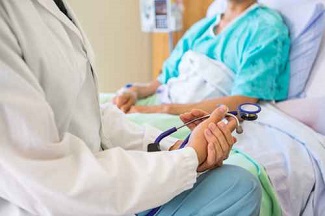 The coronavirus 2019 (COVID-19) pandemic has given us much to think about in terms of treatments for viral infections. Moreover, as we inch closer to respiratory virus season, there is growing concern about the impact of the COVID-19 pandemic and influenza season.

Often, nonsteroidal anti-inflammatory drugs (NSAIDs) are used when people are ill with flu or cold-like symptoms. More recently, there has been concern though, that NSAIDs like ibuprofen, taken to help reduce symptoms of such infections, could increase the risk of heart attacks or lead to adverse outcomes. This concern became especially prominent with reports that those patients taking NSAIDs without comorbidities, experienced more severe illness when infected with SARS-CoV-2.

To better understand the impact of NSAIDs and adverse outcomes in those patients with severe influenza, a research team evaluated 7757 patients between 2010 and 2018 in Denmark via a Danish registry. Use of NSAIDs was defined as those with a prescription filled within 60 days before admission to a hospital with influenza. “Current use was defined as having filled at least 1 prescription for any NSAID within 60 days before hospital admission.," the investigators explained. "In secondary analyses, we also examined incident use and long-term use of NSAIDs, which provided information on different patient groups and also allowed for the assessment of potential confounding by indication.” Researchers established a few cohorts– those with the first-time hospital admission related to influenza and then patients with a first-time hospital admission due to a bacterial pneumonia.

In comparison to those who did not use NSAIDs, they found that there was less prevalence of cardiovascular disease in those using NSAIDS. Of those unmatched cohorts of patients admitted to the ICU with influenza or influenza-related pneumoniae, 20% used NSAIDS, while 13.3% did not.  Moreover, 7.1% who used NSAIDs died within thirty days, whereas 7.8% of those who did not use NSAIDs died within thirty days of admission. For those patients using NSAIDs for a longer period of time, the authors found more of an association related to ICU admission.

Ultimately, this points to a lack of association with those patients using NSAIDS hospitalized for influenza and care within an ICU or death within thirty days. There is still much work to be done to assess the implications of NSAID use, especially long-term, in patients requiring hospitalization for respiratory viruses. As the authors note, those patients requiring hospitalization in an ICU did have an association with long-term NSAID use.
To stay informed on the latest in infectious disease news and developments, please sign up for our weekly newsletter.
Related Coverage

Promising Phase 1 Safety Results for Henipavirus Antibody
Read more >>
More from Saskia v. Popescu
Isolation Precautions and COVID-19: How Long is Enough?
Should we be reconsidering the length of time patients are isolated?
PUBLISHED: Tue July 21 2020
Understanding Excess Deaths in the Wake of COVID-19
The burden of COVID-19 is far reaching and a new study into excess mortality sheds light on this saddening topic.
PUBLISHED: Thu July 16 2020
Building Towards Rubella Elimination: Lessons from the Field
How did the Western Pacific Region address rubella in recent outbreaks?
PUBLISHED: Thu July 02 2020
The Rapid Rise of Arizona to COVID-19 Hotspot
Where did things go wrong for the Grand Canyon State?
PUBLISHED: Thu June 25 2020