A Candid Look at PrEP Usage 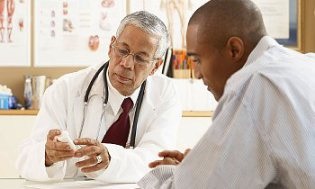 PrEP users in 3 Sub-Saharan African countries cycle on and off the medication, according to a large study.

These findings were presented at the International AIDS Society (IAS) AIDS 2020 Virtual Sessions.

This was a large study looking at 41459 patients in Kenya, Lesotho, and Tanzania. Their PrEP regimen included daily dosing that was not event driven.

The reality of the findings demonstrates PrEP users are not doing Indefinite, continuous use, which would suggest its not the goal of the patients according to the investigators.

One of the interesting discoveries was that females, ages 15-24, were less likely to stay off PrEP for an extra month than the general population in Kenya (40.1%) and Lesotho (57.2%).

The investigators looked at demographic and clinical data collected during patient interactions.

In terms of the methodology, a >14-day delay in returning for refill was defined as PrEP discontinuation. Patients resuming PrEP after discontinuation were deemed a restart.

The initial PrEP start and subsequent restarts defined the beginning of independent use cycles, with each continuing for as long as refills were obtained without delay.

Using prescriptions as a proxy for actual use, the investigators characterized duration  for on and off PrEP, and modeled the likelihood of spending time, in months, off PrEP using ordinal regression.

While the information gained was valuable, the investigators acknowledged the need for further studies.

“With the likely introduction of event-driven PrEP on the horizon, more nuanced measures of use are needed if successful use of PrEP is to be meaningfully distinguished from HIV treatment,” the investigators concluded.
To stay informed on the latest in infectious disease news and developments, please sign up for our weekly newsletter.