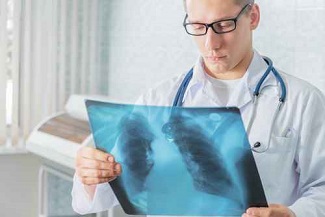 The risk for invasive pneumococcal disease (IPD) is increased by contracting influenza (flu), but may be lessened in environments of high humidity, according to a study involving approximately 20,000 individuals in 3 countries.

The co-seasonality of IPD and influenza has suggested the possibility of a causal relationship to clinicians for over a century, according to David Fisman, MD, MPH, Dala Lana School of Public Health, University of Toronto, and colleagues.

"The question is important for disease control policy and practice: If influenza is indeed a causal factor in pneumonia and IPD, then prevention of IPD becomes an important and underappreciated benefit of seasonal influenza programs," investigators wrote.

In an earlier study of the disease spread patterns in Toronto, Fisman and colleagues found that risk for IPD appeared to increase approximately 1 week after an increase in influenza. Their analysis suggested that the increased risk was for pneumoccocus invading beyond the initially affected site, such as the throat, in those who had contracted the bacteria, rather than an increased risk for initial colonization.

In order to assess whether their determination in Toronto could be generalized to other populations and regions, and to ascertain possible influences of environmental factors such as mean temperature, relative humidity, and UV radiation exposure, the investigators conducted a case-crossover analysis of 19,566 individuals with IPD in the period between 1998-2011 in 12 jurisdictions of Australia, Canada, and the US.

In addition, the investigators found that increased absolute humidity was associated with decreased IPD at a one-week lag, and that this was homogenous across jurisdictions. Other environmental elements were found to have association with the risk, but these differed between jurisdictions, suggesting to the investigators the possibility of "unique environmental risk-signatures".

"To me, this was really interesting," principle investigator Fisman told ContagionLive®.  "We knew from existing literature that there are environmental factors, such as humidity, that are associated with invasive bacterial diseases...the thing is that the direction of these effects seems to vary in different places."

As for the mechanism involved in the posited increased invasiveness of pneumococccal infections after influenza, the investigators suggested multiple possibilities: greater exposure of pneumococal binding sites by viral neuraminidase; decreased bacterial clearance mediated by interferon gamma release during clearance of viral infection; and depletion of alveolar macrophages during the influenza infection.

Asked whether this study has now answered the long-standing question of whether influenza increases the risk for IPD, Fisman indicated that no single study can provide a definitive answer.

"However, what we have shown in this study is that the association between surges in influenza activity and subsequent increases in pneumococcal disease risk is strong, generalizable, and makes biological sense," he commented.

"It goes a long way towards affirming the old, anecdotal observation that flu seems to presage bacterial pneumonia in many people," Fisman said. "It also provides a further health economic argument for flu vaccines, which can be considered a bacterial pneumonia prevention intervention."
To stay informed on the latest in infectious disease news and developments, please sign up for our weekly newsletter.