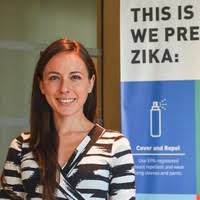 Norovirus causes hundreds of deaths and millions of health care visits in the US each year, according to a recent study that concluded an effective vaccine could have a substantial impact on public health.

The study, led by Rachel Burke, MPH, PhD, an epidemiologist with the US Centers for Disease Control and Prevention (CDC), assessed administrative data from ambulatory clinic visits, emergency department visits and hospitalizations to find trends among patient populations as well.

“The highest rates of outpatient encounters were among children, whereas hospitalization and death rates were highest among the elderly,” Burke told Contagion®.

Health care costs associated with norovirus were estimated to be between $430 and $740 million annually. The findings follow previous research showing the greatest burden of severe norovirus outcomes were among the elderly, Burke noted—43% and 86% of related hospitalizations and deaths were among patients aged ≥65 years.

“We also saw, as in other research, a high burden of outpatient care in young children," Burke said. "On average,  about 20% to 25% of norovirus-associated ambulatory clinic and ED visits annually occurred in children aged <5 years, and the annual estimated norovirus ambulatory clinic and ED visit rates in this age group were approximately threefold higher than the respective annual rates across all ages combined.”

Throughout their lifetimes, norovirus infections are estimated to lead to ambulatory clinic encounters for 1 in 2 Americans, emergency department visits for 1 in 9, hospitalizations for 1 in 37, and deaths among 1 in 3500.

“With several norovirus vaccines in development, these findings provide a benchmark against which a future vaccine can be evaluated, as well as an indication of which populations should be targeted for greatest public health impact,” Burke said. “Active surveillance of norovirus is warranted to refine burden estimates and provide more detail and precision, particularly with regards to specific norovirus genotypes and economic costs.”

Progress toward a vaccine benefited from a recent study that discovered an antibody that is capable of broadly inhibiting several strains of pandemic norovirus. While the disease often resolves in 1 to 3 days, more severe cases can lead to hospitalization and death. A study of norovirus outbreaks in the United States between 2009-2016 found that longer, more severe outbreaks were linked to a more virulent genotype of norovirus.
To stay informed on the latest in infectious disease news and developments, please sign up for our weekly newsletter.