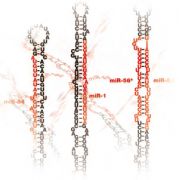 University of Pennsylvania researchers report that they have genetically altered immune cells to resist infection in patients with HIV, while also reducing the viral load in some of the subjects after they were taken off of antiretroviral drug therapy. The findings of their study, published in the March 6, 2014 edition of the New England Journal of Medicine, hint at the future potential for gene therapy to treat the virus without the use of drugs.

The Phase I study, which is the first published report of gene editing in humans, analyzes the safety of altering a patient's T cells to replicate a naturally occurring resistance to HIV while potentially limiting viral loads. In the nonrandomized uncontrolled study, a single dose of autologous CD4 T cells modified with zinc-finger nuclease (ZFN) to inactivate the CCR5 gene, which allows HIV to take hold, were infused in 12 patients with chronic aviremic HIV infection between May 2009 and July 2012.

“Six of them underwent an interruption in antiretroviral treatment 4 weeks after the infusion of 10 billion autologous CD4 T cells, 11 to 28% of which were genetically modified with the ZFN,” the authors write. “The primary outcome was safety as assessed by treatment-related adverse events. Secondary outcomes included measures of immune reconstitution and HIV resistance.”

The subject whose viral load fell to an undetectable level was later discovered to be heterozygous for a mutation that leads to CCR5 deletion.

“Successful clinical application will most likely depend on biallelic knockout in persons who have two non-mutated CCR5 alleles,” the authors write.

One serious adverse event occurred with the infusion of the modified CD4 T cells, but the reaction was attributed to a transfusion reaction. The treatment was ultimately deemed safe and tolerable, with the modified cells persisting in patients during follow-up testing.

“The firm conclusion of this study is that genome editing of human cells was safe and associated with an acceptable adverse-event profile and that the cells persisted in vivo,” write Mark A. Kay, MD, PhD, and Bruce D. Walker, MD, in an accompanying editorial. “The tantalizing question raised by the transient treatment interruption is whether it might actually have been partially effective. A definitive answer to this question will require additional studies.”