The bowel resting strategy might reduce switching from metronidazole to vancomycin among patients with Clostridioides difficile infection, but it might not reduce mortality or recurrence, a new study found. 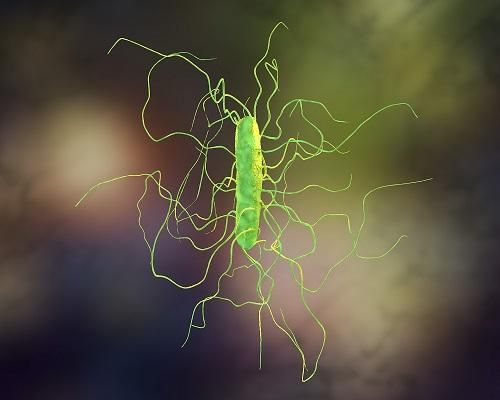 The bowel resting strategy may not affect all-cause mortality or infection recurrence among patients with Clostridioides difficile infection (CDI), according to a new study from Japan.

The single-center retrospective cohort study, published in Nature Scientific Reports, included 91 participants with CDI at Kobe Red Cross Hospital in Japan between August 2010 and February 2020. It included 63 in the control group and 28 in the bowel rest group.

The study aimed to assess the effect of the bowel fasting strategy (fasting an fluid replacement) to treat diarrhea caused by CDI. The investigators hypothesized that bowel fasting would affect patients with CDI by altering the gut microbiota.

“Although further studies required, the bowel resting strategy may not affect the all-cause mortality and recurrence of Clostridioides difficile infection (CDI) within 30 days in the management of CDI,” lead author Hiroshi Sugimoto, MD, of Kobe Red Cross Hospital told Contagion®.

The composite of all-cause mortality and CDI recurrence was the primary outcome, and the secondary outcome was continuous switching from metronidazole to vancomycin.

“Switching from metronidazole to vancomycin is possibly reduced by bowel rest in the management of CDI,” Sugimoto said.

Participants were 18 years or older and diagnosed with CDI by a positive fecal toxin test. Initial treatment was metronidazole, vancomycin or fidaxomicin. Those who had already been on bowel rest within the past 3 days or had CDI within the past 3 months were excluded. Those in the bowel rest group discontinued diet for at least 24 hours after starting treatment.

The bowel rest group saw a smaller percentage of patients being switched from metronidazole to vancomycin [26.1% (95% CI 10.2–48.4) vs. 4.3% (95% CI 0.10–21.9)] (p = 0.096). These results suggest that the use of the bowel resting strategy may reduce the use of vancomycin, which may be associated with the development of highly resistant bacteria such as vancomycin-resistant enterococci.

The limitations of the study include its small sample size and short duration, and further researcher with a larger sample size is necessary to better understand the effects of the bowel resting strategy on CDI maintenance. The study also didn’t examine factors such as comorbidities, severity of diarrhea and reason for hospitalization.

CDI is the leading cause of infectious diarrhea in hospitalized patients and caused almost 223,900 hospitalizations and at least 12,800 US deaths in 2017, according to a review of the disease in the United States.