CDC Guidance on COVID-19 Testing Not Published, Reviewed by Their Officials

Officials state the controversial August guidance was influenced by other federal agencies, and that revisions may come soon. 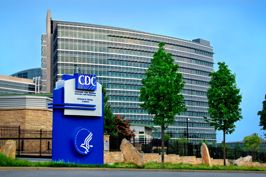 A coronavirus 2019 (COVID-19) testing guidance published by the US Centers for Disease Control and Prevention (CDC) in late August is under scrutiny after it was reported that investigators from the CDC objected to its advisories and were not actually involved in its writing.

In fact, the guidance was published without undergoing a scientific review process held as standard by the CDC—and with influence from other federal agencies.

A new report from The New York Times on Thursday evening stated unnamed officials with the CDC had opposed to the guidance’s statement that people without COVID-19 symptoms who were exposed to the virus did not need to receive testing.

Sources stated such policies were provided from representatives of the Department of Health and Human Services (DHHS) as well as the White House Coronavirus Task Force, and published to the CDC website without undergoing standard review from the CDC.

An unnamed senior CDC investigator cited to The Times iterations of distinguishable errors—from incorrect reference to COVID-19 rather than SARS-CoV-2, to policy stances which do not reflect those of the CDC&mdash;being apparent throughout the guideline. Colleagues similarly challenged a document advocating for school reopenings, published to the CDC website by the DHHS in July.

Richard Besser, the CDC acting director in 2009, stated, “The idea that someone at (DHHS) would write guidelines and have it posted under the CDC banner is absolutely chilling.”

Current CDC director Robert Redfield, who did not comment on the new report, told Congress in a hearing this week the agency was aiming to post a revision to its guidance before the end of this week.