Dr. Simon Murray Tells Contagion®, "It's Time for the States to Reconsider Religious Exemptions Against the Measles Vaccination"

Dr. Simon Murray says, “it’s time for the states to reconsider religious exemptions against the measles vaccination” and “measles cases are reaching new highs, but the majority of Americans’ risk remain low.”

On refusing to vaccinate your children:

“It’s time to eliminate religious and other exemptions for not vaccinating. By refusing to vaccinate their children, parents not only put their children at risk, but they put the most vulnerable people in society, those with immune [deficiency], at great risk. It's time for the states to reconsider religious exemptions against vaccination.”

On whether to get revaccinated:

On immune deficiencies or allergies to vaccines:

“The problem is mainly for people who have immune deficiencies or allergy to vaccines and can’t be vaccinated or the very frail who are not vaccinated. Parents may claim their rights are violated by mandatory vaccination. Is that a valid reason? There are many examples of the government imposing regulations to protect the public by limiting the ‘rights’ of citizens. States have imposed laws mandating that motorcycle, and even bike, riders wear helmets. Why? Because the accidents sustained by unprotected riders pose a public risk by increasing medical costs to care for their injuries. The states also make it illegal for drivers to operate their cars if they have been drinking alcohol. Are we depriving them of their rights? Maybe, but it's for the greater good.”

On children contracting the measles:

“For healthy children, a case of measles is unlikely to be life-threatening. In the days prior to MMR vaccination, there were about 4 million cases a year, of which 400 people died and 4,000 people developed encephalitis. That translates into a death rate of 1/10,000. Not inconsequential, but not bad in terms of risk, considering the risk of dying as the result of a car or motorcycle crash is 1/77.”

“In recent years, vaccination rates have declined slightly, particularly in isolated communities and in certain parts of the country. The policy of parents refusing to vaccinate their children is based upon misinformation. Many patients believe that the MMR vaccine can cause autism. This is based upon the work of Dr. Andrew Wakefield, a prominent British physician who published two papers in 1998 suggesting that (the) MMR vaccine could cause autism. Those papers were ultimately shown to be scientifically flawed, and Dr. Wakefield was later accused of being paid a large sum of money by attorneys involved with lawsuits against vaccine manufacturers. He eventually lost his license to practice, but his work caused thousands of parents to stop vaccinating with MMR, which led to a huge epidemic of measles in the U.K. No study to date has shown a relationship of MMR vaccination to autism.”

On the measles outbreak:

“Measles cases are reaching new highs, but the majority of Americans’ risk remains low. In the United States for this year, measles have passed the post-elimination high set in 2014, according to the Centers for Disease Control and Prevention. The case number is now more than 700, which is the highest number of cases since measles was declared eliminated in 2000. Many patients are concerned about what this means for them. Fortunately, for the vast majority of Americans, the measles outbreak poses little risk. First, the CDC says that since 1963, about 91% of children have been vaccinated against measles. MMR was introduced in 1970 and is 97% effective. For unknown reasons, about 3 out of 100 vaccinated patients can get measles, but the cases are attenuated (and) mild, and complications are uncommon.” 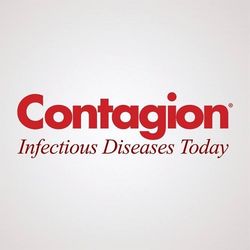 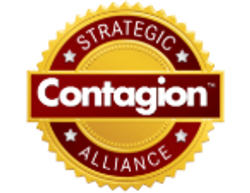