The US Food and Drug Administration has granted breakthrough therapy designation for an investigational drug, a long-acting, injectable cabotegravir for HIV pre-exposure-prophylaxis (PrEP). 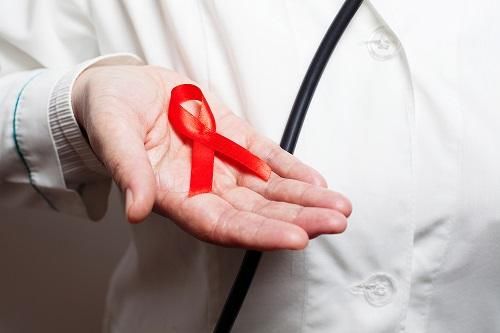 The US Food and Drug Administration (FDA) has granted a Breakthrough Therapy Designation for a long-acting, injectable cabotegravir for HIV pre-exposure-prophylaxis (PrEP), which was recently announced by ViiV Healthcare.

A phase 2b/3 randomized, multicenter, double-blind, clinical trial of the therapy compared long-acting, injectable cabotegravir to a daily oral emtricitabine/tenofovir disoproxil fumarate 200 mg and 300 mg (FTC/TDF) for HIV prevention among transgender women and men who have sex with men, as well as women who are at an increased risk of contracting HIV.

The trial was designed for evaluation as to the safety and efficacy of long-acting injectable cabotegravir as it applies to HIV prevention. The therapy was administered every eight weeks, in contrast to the daily oral medication. The study, conducted over a three-year period, took place in research centers throughout Argentina, the United States, Thailand, South Africa, Peru, Vietnam, Brazil and Africa.

“New medicines that decrease the risk of HIV acquisition in at-risk populations are an essential tool to help us end the global HIV epidemic. Our data from the HPTN 083 and 084 studies show that long acting cabotegravir is superior to daily oral FTC/TDF tablets for HIV prevention,” Kimberly Smith, MD, MPH, said. “We are looking forward to working closely with the FDA to make this prevention option available to people at risk of acquiring HIV.”

The trial was part of the HIV prevention Trials Network, a worldwide collaborative network of clinical trials, bringing together investigators to develop and test interventions for HIV.

There is estimated to be 38 million people who are living with HIV, with 1.7 million new cases reported at the end of 2019. The continual search for potential therapies in the prevention and treatment of HIV has led to advancements in research and development for new approaches like long-acting cabotegravir. However, this type of therapy has yet to be approved for the use of HIV prevention anywhere in the world.

Breakthrough Therapy Designation is intended to allow for closer collaboration with the FDA, ensuring a more frequent discussion of a drugs development plan and the collection of appropriate data for its approval. The designation requires preliminary clinical evidence demonstrating that the drug in question provides a considerable improvement over readily available therapies on at least one clinically significant endpoint.