Providing investments in 10 vaccines during a 15-year period in low- and middle-income nations could prevent 36 million deaths and 24 million cases of poverty related to medical reasons.

Results from a recent study published in Health Affairs suggests that investments in vaccinations reduce the likelihood of people slipping into poverty. According to researchers from Harvard T.H. Chan School of Public Health, providing investments in 10 vaccines during a 15-year period in low- and middle-income nations could prevent 36 million deaths and 24 million cases of poverty related to medical reasons.

The researchers used methods to estimate the potential impact of vaccination distribution between 2016-2030 in 41 countries. The 10 vaccinations included those for yellow fever, rubella, measles, Hemophilus influenza type b, rotavirus, Japanese encephalitis, hepatitis B, Streptococcus pneumonia, Neisseria meningitidis serogroup A, and human papillomavirus.

Stéphane Verguet, PhD, a researcher on the study and assistant professor of global health in the Department of Global Health and Population at Harvard T.H. Chan School of Public Health, commented on the implications of the study in a press release: “This study explicitly points at how investing in vaccines in low- and middle-income countries can have a broad health and economic impact. Policymakers should look at targeted vaccine programs as powerful mechanisms for improving health equity and reducing poverty.”

The researchers’ mathematical model found that the most impactful results would likely occur in the most impoverished areas. These groups have higher risks of contracting the various diseases that the vaccinations prevent and also have more vulnerability towards illness because of limited access to health care. The study also found that all of the vaccinations resulted in reductions of medical impoverishment and that the lowest quintile of the population had the highest number of preventative deaths.

Angela Chang, PhD, first author on the study and current postdoctoral fellow at the Institute for Health Metrics and Evaluation at the University of Washington, discussed the importance of vaccinations in a press release: “Vaccines prevent not only diseases but also impoverishment. This is why it is so important that everyone, especially the poor, has timely access to high-quality vaccines.”

In Low-Income Communities, Pharmacists Can Play a Critical Role in Vaccine Access 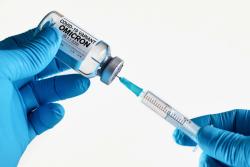 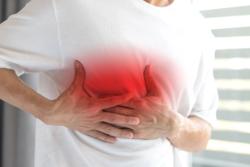 CDC: People with Untreated or Advanced HIV May be at Risk for Severe Monkeypox