The FDA has launched an outbreak investigation in several states concerning mushrooms which may be contaminated with Listeria monocytogenes.

The US Food and Drug Administration (FDA) has launched an outbreak investigation in several states concerning mushrooms which may be contaminated with Listeria monocytogenes.

On March 9, Sun Hong Foods issued a recall of all its enoki mushrooms imported from South Korea after the Michigan Department of Agriculture and Rural Development discovered that a sample of the mushrooms tested positive for Listeria monocytogenes.

Listeria monocytogenes can cause serious, even deadly, infections in older adults, the immunocompromised, and young children. In healthy individuals, there are typically only short term symptoms like fever, severe headache, nausea, stiffness, diarrhea, and abdominal pain.

These infections are also known to cause miscarriages and stillbirth among pregnant women. There have been 6 pregnancy associated cases reported in this outbreak, 2 of which resulted in fetal loss.

People at higher risk are advised not to eat any enoki mushrooms from South Korea, even those sold by firms other than Sun Hong Foods.

Consumers have been advised not to eat the mushrooms, even if they appear normal. Affected mushrooms may not smell or look spoiled. Affected products should be thrown away.

Enoki mushrooms have long stems, small caps, and are white. They are sold in clusters. Enoki mushrooms are also referred to as golden needle, futu, lily, or enokitake mushrooms.

State health investigators have interviewed people affected by the outbreak who fell ill. Out of 22, 12 confirmed eating mushrooms in the month before they became ill. There have been 36 illnesses, 30 hospitalizations, and 4 deaths associated with the outbreak.

The Listeria monocytogenes in the enoki mushrooms distributed by Sun Hong Foods has also been determined (through genetic sequencing) to be a match with the outbreak strain.

To see case counts and states affected by the Listeria monocytogenes outbreak, check out the Contagion® Outbreak Monitor. 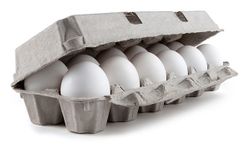 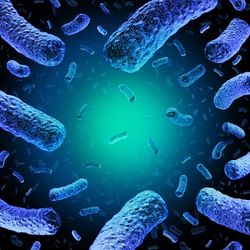