Results from a Controlled Trial of Hydroxychloroquine for COVID-19

A placebo-controlled trial of hydroxychloroquine in patients hospitalized with COVID-19 finds the drug shortened time to recovery, possibly lessened severity.

The initial results from a placebo-controlled trial of hydroxychloroquine for COVID-19 indicate that patients hospitalized with mild illness recovered more quickly with addition of the drug than with placebo at the start of a standard treatment. The results also suggest that hydroxychloroquine might convey some protection against the illness worsening.

Zhan Zhang, MD, of Renmin Hospital of Wuhan University, Wuhan, China, and colleagues reported results from 62 patients randomized to receive either placebo or hydroxychloroquine 200mg twice daily for 5 days on admission in addition to standard treatment consisting of oxygen therapy, and unspecified regimens that could include antiviral and antibacterial agents, and immunoglobulin with or without corticosteroids.

"The data in this study revealed that after 5 days of hydroxychloroquine treatment, the symptoms of patients with COVID-19 were significantly relieved, manifesting as shorten(ing) in the recovery time for cough and fever," Zhang and colleagues reported.

"At the same time, a larger proportion of patients with pulmonary inflammat(ion) has been partially absorbed in the hydroxychloroquine treatment group, indicating the immune modulation and anti-inflammatory properties of hydroxychloroquine in non-malarial diseases," the researchers indicated.

The measure of time to clinical recovery was defined as return of normal body temperature and cough relief, maintained for 72 hours. A chest CT, obtained before starting the experimental regimen and 1 day after, on day 6 of hospitalization, was characterized as either exacerbated, unchanged, or improved—with 50% or more reduction in opacification classified as significantly improved.

In comparison to the 31 patients on placebo, the 31 receiving the hydroxychloroquine adjunct to standard treatment were reported to have significantly shorter average time to recover normal body temperature (2.2 vs 3.2 days, P = .0008) and time to cessation of cough (2.0 vs 3.1 days, P = .0016). A larger proportion of patients on hydroxychloroquine than placebo also demonstrated an improved chest CT (80.6% vs 54.8%), with 61.3% of the treatment group having significant improvement. In addition, the 4 patients in the trial who deteriorated from mild to severe acuity were all in the placebo group.

"Despite our small number of cases, the potential of hydroxychloroquine in the treatment of COVID-19 has been partially confirmed," Zhang and colleagues concluded.

"However, large-scale clinical and basic research is still needed to clarify its specific mechanism and to continuously optimize the treatment plan," they added.

In addition to the small size of this trial, the unspecified components of the hospital standard treatment and its variance between patients confounds assessment of the effect of hydroxychloroquine, particularly on whether it lessened severity given the small number of patients who experienced a worsening course. Also, excluding severe illness from study entry leaves the effect of hydroxychloroquine on severe symptoms an open question.

The trial results were posted on medRxiv, a non-peer reviewed site which expedites access to new research, often preceding peer reviewed publication. This report with 62 patients appears to be an initial phase, with the trial registration (unique identifier ChiCTR2000029559 on the Chinese Clinical Trial Registry) describing a target of 300 patients and the testing of a twice daily dose of 100mg as well as the 200mg.

The trial is 1 of 23 that are, or will be testing hydroxychloroquine or chloroquine against COVID-19 on the Chinese Clinical Trial Registry. Of these, 18 are randomized controlled trials of the agent for acute treatment, not in combination with an antibiotic.

There are currently 3 controlled trials outside of China listed at ClinicalTrials.gov, which will be assessing hydroxychloroquine or chloroquine for acute treatment of COVID-19, excluding trials for prophylaxis and in combination with azithromycin. The largest is a phase 3 placebo-controlled trial with anticipated enrollment of 1300 participants conducted by researchers at the University Hospital, Angers, France.

Biden: US Will Have Enough COVID-19 Vaccines for All Adults by End of May 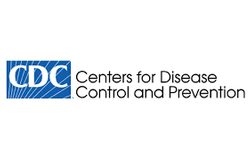 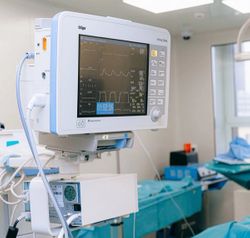