Despite the progress that has been made, more research is needed on cancer prevention, hepatitis B, and human papillomavirus vaccines.

Cancer is a collection of related diseases with a common trait: the occurrence of abnormally growing cells that have the potential to invade and spread to other tissues.2 Cancer is the second leading cause of death around the world, with 8.8 million deaths (about 1 in 6) occurring in 2015.2 Cancer-related deaths in low- and middle-income countries account for 70% of all deaths from cancer in the world.2

One important risk factor for cancer that is not often discussed—unlike other risks such as tobacco use, ultra-violet radiation, and aging&mdash;is infection with a cancer-causing virus. Nearly 1 in 4 new cases of cancer in low- and middle-income countries is the result of a cancer-causing infection such as HPV or hepatitis compared to less than 1 in 10 new cases of cancer in high-income countries.1,2 Sub-Saharan Africa and East Asia are regions of the world with the highest rates of cancers attributed to carcinogenic infections, at 31% and 23%, respectively. However, only about 4% of new cases in North America and about 7% of new cancer cases in Europe are attributable to oncogenic infections.1

H pylori, HPV, HBV, and HCV are responsible for the majority (~92%) of cancers that are attributable to infec&shy;tions worldwide, yet the proportions of cancers caused by these infections differ by region of the world.1 For instance, compared with high-income countries, low-and middle-income countries show a larger proportion of cancer cases related to infections attributed to HPV, HBV, and HHV-8. High-income countries, on the other hand, show a larger proportion of their cases attributed to H pylori and HTLV-1.1,3 There is geographic variation in both the range of rates of cancers caused by onco-genic infections and the types of infections that most commonly cause cancers and I explore these differences in the next several sections.3

Among women around the world, more than half of all cancers attributed to infection are caused by HPV.1 High rates of coinfections and limited access to health care resources influence the disproportionate incidence of many preventable cancers in low-income countries, HPV included.

In these countries and for both sexes combined, HPV is responsible for half of infection-attributable cancers. Further, the higher incidence and mortality due to cervical cancer in low-income countries results from high rates of co-infection with HIV and poor access to timely cervical cancer screening, as well as recommended treatment procedures for precancerous lesions.1 In addition, although HHV-8 only accounts for 2% of infection-driven cancers worldwide, in low-income countries, that rate jumps to 14%. Similar to cervical cancer, high rates of HIV infection without access to combined antiretroviral therapy exacerbates the risk for Kaposi’s sarcoma due to HIV co-infection with HHV-8.1,4

Hepatitis B, on the other hand, infects more than 2 billion people around the world, with more than 300 million of these individuals living as chronic HBV carriers. HBV infection is highest in sub-Saharan Africa, China, Korea, and Taiwan, as well as many countries in South&shy;east Asia and the Amazon basin. Where HBV infection is endemic, the lifetime risk of HBV infection is 60%, with most infections occurring from child-to-child (horizontal) and perinatal (vertical) transmissions.3

Unfortunately, we do not have all-encompassing solutions for the prevention of most of the can&shy;cers caused by oncogenic infections worldwide. However, we do have 2 vaccines that, if adminis&shy;tered globally, could prevent 50% of the cancers caused by oncogenic infections, totaling more than 1 million cancer cases (Table1, 3, 10, 11). In the United States, the HPV vaccine has been avail&shy;able for more than a decade and the HBV vaccine has been available for more than 3 decades. Im&shy;proving receipt of these vaccines in the regions of the world that would benefit most from their availability is a difficult but critical challenge.

The World Health Organization (WHO) recently published The Global Hepatitis Report, 2017,5 which underscores 3 key strategies designed to eliminate hepatitis infection as a public health threat by 2030 and aims to implement well-designed global health approaches to treat, test, and prevent chronic hepatitis infection. According to WHO, the eliminations of hepatitis as a public health threat will be reached when we have a 65% reduction in mortality due to hepatitis and a 90% reduction in incidence of hepatitis infection from baseline 2015 global estimates.5 Five virus types cause most cases of viral hepatitis; however, only HBV, HCV, and hepatitis D virus cause chronic hepatitis, which may result in cirrhosis of the liver and lead to primary liver cancer (hepatocellular carcinoma).

HBV and HCV cause 96% of all deaths due to viral hepatitis.5 HBV is preventable with timely receipt of safe and effective vaccines.5 WHO recommends that all infants receive their first dose of the HBV vaccine within 24 hours of being born, as timely receipt of this dose can prevent mother-to-child transmission. The birth dose should be followed by another 2 or 3 doses to complete the recommended immu&shy;nization series.6 Worldwide, in 2015, 3-dose coverage of the HBV vaccine has reached 84% while the birth dose vaccination rate continues to be low, at 39%.5 Since the introduction of the vaccine, chronic HBV among children under age 5 dropped from 4.7% in the prevaccination era (1980s to early 2000s) to 1.3% in 2015. In most of Africa, even following the vaccination era, chronic HBV infection rates remained at 3% in 2015, ranking among the highest worldwide.5

Since 2006, another vaccine has been approved that provides protection against several types of HPV infection, which cause the majority of HPV-related cancers. WHO recommends that girls and boys ages 9 to 13 years receive 2 doses of the HPV vaccine (at 0, 6 months) to prevent infec&shy;tion with the virus types responsible for most of the cases of cervical cancer.7 As such, girls in more than 55 countries are routinely administered the HPV vaccine and more women in low- and middle-income countries have been introduced to the vaccine via immunization schedules, with support from Gavi, the Vaccine Alliance.7 Established in 2000, Gavi is a global vaccine alliance that brings together private and pub&shy;lic sectors, with the shared mission of creat&shy;ing equal access to both underused and new vaccines for children in the world’s most impoverished nations.8

However, even with influential organiza&shy;tions such as Gavi, access to HPV vaccination still is highest in nations where incidence and mortality related to HPV infection remain the lowest. From 2006 to 2014, for example, an es&shy;timated 118 million individuals were targeted by HPV vaccination programs, yet only 1% were from low-income and lower- to middle-income countries. And in higher income regions, 34% of women aged 10 to 20 years received the full HPV vaccine series whereas only 3% of similar-aged women in lower-income nations received the full series.9 For receipt of 1 HPV dose, in particular, 43% received the vaccine in higher-income regions compared with 3% in lower-income re&shy;gions. Regions with the lowest rates of receipt of 1 dose of the HPV vaccine among females included Africa (at 1%) and Asia (at 1%), which also happen to be where rates of incidence and mortality due to cervical cancer are the highest.9

Although more research is needed to develop strategies to prevent infection from most oncogenic viruses and/or progression from chronic infection to cancer, innovative science and discovery have already led to the development of vaccines that can help to prevent infection with 2 of the most common oncogenic viruses: HBV and HPV together cause more than 1 million cases of cancer each year worldwide. Whereas the HBV and HPV vaccines have been effectively implemented in regions in which incidences of associated cancers remain low, more work is needed in nations that are most devastated by these viruses. Increased sup&shy;port is needed for organizations such as Gavi. Furthermore, regional leaders and community members need to devise strategies for vaccine receipt that are feasible for national institutions and that align with the cultural norms, values, lifestyles, and environmental conditions of communities in some of the most underserved regions of the world. Together, we can do bet&shy;ter. Together, we need to do better, to improve receipt of life-saving cancer prevention vaccina&shy;tions among those who need it most. 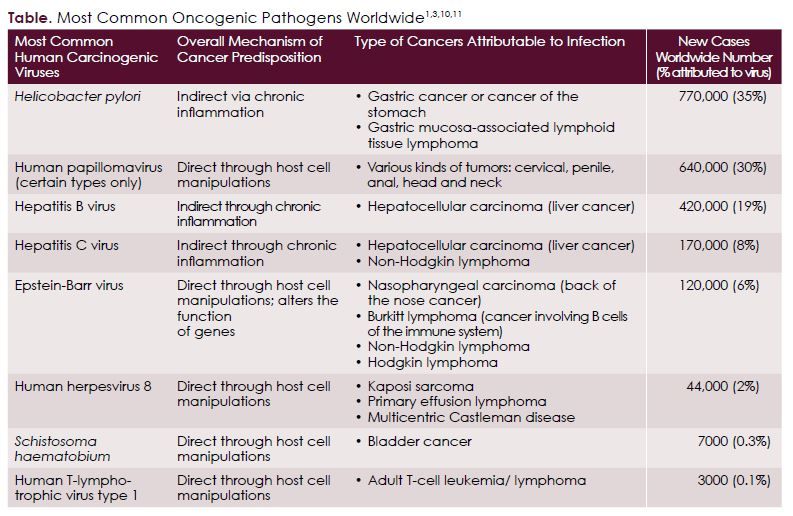 Dr. Kepka is a Huntsman Cancer Institute (HCI) investigator and an assistant professor in the College of Nursing at the University of Utah. She is a member of the Cancer Control and Population Sciences research group and director of the Intermountain West HPV Vaccination Coalition. She received her PhD from the University of Washington in Seattle in Health Services and completed a post-doctoral fellowship in the Cancer Prevention Fellowship Program at the National Cancer Institute in Bethesda, Maryland.