What Can We Learn From Outbreaks of HIV and Zika?

Parallels between the recent Zika epidemic in Brazil and the HIV pandemic in the 1980s, stress the importance of improving responses to public health crises.

Viruses have been around for at least 450 million years,1 and for the past 110 years, we have been studying them, always trying to catch up to the latest outbreak. An increase in globalization may help facilitate the fruitful exchange of ideas and research on infectious diseases, but it also enables the rapid spread of these diseases. Advances in science and technology are enabling us to respond to these outbreaks faster and more effectively; however, there is much room for improvement in this regard. To this end, in this article I present parallels seen between the recent outbreak of Zika virus in Brazil and the HIV pandemic experienced in the 1980s, highlighting actions and outcomes that are creating a similar response.

In late 1981, HIV became an epidemic in the United States, and soon after became a global pandemic.2 Initially thought to be a disease of male homosexuals, not much attention was given to the virus until it came to be considered deadly.3 Up to that point, it was hypothesized that HIV caused “minor” issues, such as Kaposi sarcoma.4 Soon after, however, the virus was identified as the cause of a weakened immune system that allowed multiple opportunistic diseases, such as pneumonia, to infect those who were already suffering with HIV.5 Because of a lack of expertise in the field, governmental financial aid to address the problem only arrived after a long scientific and political fight that required scientific proof of the presence of the infectious agent. This delayed researchers’ ability to improve their response to the pandemic and speed up research on HIV.6 During this time, medical professionals also learned a valuable lesson about preventive efforts, and how much they can save not only in terms of resources, but human lives.

Moving forward in time to late 2015, we can see parallels between the HIV pandemic and the impact of the Zika virus in Brazil. Initially thought to be only a mild disease, the virus was also given little attention until the point it was considered deadly.7 Before that, it was proposed that the virus only caused rash, fever, and joint pain; however, a connection was finally made between the virus and fetal neuropathogenesis, as well as Guillain-Barré syndrome.8,9 After these devastating effects were realized, government response and financial aid was deployed; however, this delay cost those affected much more than it would have if we had taken preventive measures sooner.

The histories of HIV and Zika overlap on several fronts as well, including where both diseases originated (Africa), their modes of transmission (although mainly transmitted by the Aedes aegypti mos&shy;quito, Zika is also sexually transmissible, which raises the concern of it as a new STD10), and the response to them. Like HIV, Zika-infected pregnant mothers can transfer the virus through the placenta,11 which could com&shy;promise the development of the fetus. Rates of sexual transmission of Zika are low, and from what we know so far, the virus does not stay in the host cells for longer than a few months. 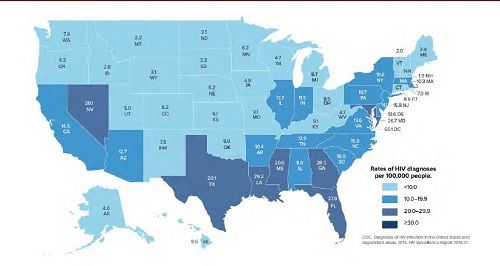 Although very different diseases, the burden of both HIV and Zika on the societies affected by them are tremendous. They are affected not only in terms of the financial expenses that need to be allocated by the government to combat these diseases, but also in terms of the societal fear of being infected, the physical and emotional burden of being an HIV carrier, as well as the possibility of losing or having a child with complications that will last a lifetime due to Zika/HIV infection. All of these reasons remind us that we must work on prevention to avoid a future where inefficient response sce&shy;narios continue to repeat themselves.

The response to these outbreaks, remind us that although we are now able to identify the symptoms, host, location, and the infectious agent responsible by the disease in a timely manner, we have not learned much in the last 30 years in terms of the timing for medical countermeasures to avoid outbreaks to spread. Fortunately, different from HIV, Zika is not expected to stay within the population, nor reemerge at full strength every year. This is due to the seasonality of the disease and an expected period of latency due to the in-creasing immune resistance on the popu&shy;lation. An outbreak of Zika virus will come again and as well as other not well-known viruses, such as Mayaro, which is predicted to be in the next wave of arboviruses that we will have to combat. (Brazil is currently facing another arbovirus outbreak, yellow fever, which, if not contained, could spill over to other countries and eventually reach the United States again.)

Therefore, time is of the essence, and to enable researchers to respond better and fast&shy;er to outbreaks, changes must be made in the way we conduct viral research. Strategies to change the way we deal with disease response are slowly evolving. For example, the US Army Medical Research Institute of Infectious Dis&shy;eases worked with real-time sequencing of Zika samples in Florida, which enabled them to identify multiple populations of the virus and predict that the outbreak was coming from multiple transmissions of the virus into the United States.12 Fundação Oswaldo Cruz in Brazil is working on real-time sequencing for Zika and the current Yellow Fever outbreak, which has been valuable.

Current efforts to change how we respond are being attempted in different formats by different research groups, such as Project Prophecy,13 an international surveillance and clinical trials network designed to provide an immediate deployment of clinical research on an infectious diseases outbreak. Another example is the Global Virome Project, which seek to install a surveillance system for re&shy;searchers to evaluate viral evolution over&shy;time, not only during an outbreak, which can assist virologists and epidemiologists in planning to avoid outbreaks.14

As science advances and the world grows more linked, viruses are being tracked faster, and are spreading faster. As concerned scien&shy;tists, we must push for changes to secure a safer future and prepare for these outbreaks appropriately and effectively to ensure the safety and positive health outcomes of the global population. 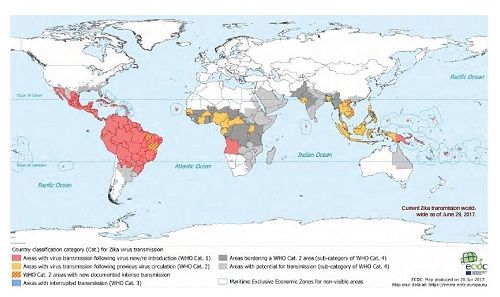 Mr. Schneider is a Brazilian biologist and researcher. He received his Master of Science degree in crop science from the Federal University of Rio Grande do Sul, Brazil in 2012 and is currently pursuing a PhD in bioinformatics and computational biology at the University of North Carolina at Charlotte.