Brian P. Dunleavy has been covering health and medical research for more than 25 years, for United Press International and EverydayHealth.com, among other outlets. He is also the former editor of Infectious Disease Special Edition. In addition, he has written on other subjects for Biography.com, History.com, the Village Voice and amNewYork, among others. He holds a master’s degree from the University of Missouri School of Journalism.

Health officials in Florida declare that they are better prepared for a potential outbreak in their state as Zika vaccinations have begun in a multi-site Phase II/IIb clinical trial of VRC705 in areas of endemic Zika transmission throughout the world.

Perhaps William Shakespeare's phrase, “Beware the Ides of March,” should be re-written this year to be, “Avoid the mosquitoes of May.”

That was the primary advice of public health experts from the Florida Department of Health, the University of Florida (UFL), and the University of Miami (UMiami) during the first major Zika virus “town hall” of 2017 on March 30, 2017 in Gainesville, Florida, which was also broadcasted nationally via UFL’s web site. Zika, the mosquito-borne virus that generated headlines primarily because of its links to the birth defect microcephaly, has been confirmed in more than 200 residents of the “Sunshine State” who sustained bites from “local” mosquitoes (as opposed to bites sustained during travel to virus-endemic areas such as Brazil).

“[The risk for] a Zika virus outbreak depends on a lot of factors, including weather and human movement,” said Natalie Dean, PhD, a postdoctoral associate in the department of biostatistics at the UFL College of Public Health and Health Professions and the College of Medicine. “However, from our modeling, while we don’t expect large outbreaks in the US [in 2017], we do see the potential for local outbreaks in Gulf region.”

Although large-scale outbreaks such as those seen in Brazil and Puerto Rico remain unlikely, Zika still poses a significant public health threat in much of the United States. In fact, a new Vital Signs report from the Centers for Disease Control and Prevention, suggests that “possible Zika virus infections” have impacted some 44 states across the country. That report will be released in early April.

Not surprisingly, those members of the public in attendance in Gainesville, as well as those who participated online as part of the “Our Community, Our Health” initiative—a partnership between the universities and the Florida Department of Health (DOH) designed to foster a “2-way conversation between researchers and community” to improve health—were primarily concerned with virus transmission, the potential environmental consequences of large-scale insecticide/larvicide spraying programs, and the implications of Zika for women who are pregnant or planning to become pregnant.

Dr. Dean was joined on the panel by Anna M. Likos, MD, MPH, state epidemiologist and interim deputy secretary for health at the Florida DOH; Adriane Gelpi, PhD, MPH, assistant professor of public health sciences at UMiami Miller School of Medicine; and Kartik Cherabuddi, MD, assistant professor of medicine in department of infectious diseases and global health at UFL College of Medicine. The panelists emphasized that US residents have many advantages over their counterparts in other parts of the world in the fight against Zika in that there is better infrastructure in place to prevent the virus’ spread, including the widespread availability and use of simple preventive measures such as window screens and air conditioning. However, Dr. Likos stressed the importance of using mosquito repellent and eliminating areas of standing water (where mosquitos like to breed) in and around the home.

Indeed, such preventive measures may be the best protection from the effects of Zika, at least until a viable vaccine against the virus becomes available, which, despite the fact progress has been made, is still some time away. On March 31, 2017, the National Institute of Allergy and Infectious Diseases (NIAID) announced that vaccinations have begun in a multi-site Phase II/IIb clinical trial of VRC705, an experimental DNA vaccine designed to protect against disease caused by Zika infection. The vaccine was developed by government scientists at NIAID, and the agency is leading the trial with the hope of enrolling at least 2490 healthy participants “in areas of confirmed or potential active mosquito-transmitted Zika infection, including the continental United States and Puerto Rico, Brazil, Peru, Costa Rica, Panama, and Mexico,” according to a statement.

“We are pleased to have advanced rapidly one of NIAID’s experimental Zika vaccines into this next stage of testing in volunteers,” NIAID Director Anthony S. Fauci, MD, added in the agency statement. “We expect this study will yield valuable insight into the vaccine’s safety and ability to prevent disease caused by Zika infection. A safe and effective Zika vaccine is urgently needed to prevent the often-devastating birth defects that can result from Zika virus infection during pregnancy. Evidence also is accumulating that Zika can cause a variety of health problems in adults as well. This trial marks a significant milestone in our efforts to develop countermeasures for a pandemic in progress.”

The novel vaccine entered early-stage human testing in 2016 “following extensive testing in animal models” and early research suggests that “the vaccine is safe and able to induce a neutralizing antibody response against Zika virus.” This is good news for those concerned about the virus’ return during the 2017 mosquito season, particularly in Florida.

In a statement towards assuaging fears over a potentially devastating outbreak in Florida, Dr Likos stated in during the town hall, “We believe we have a better idea of what to expect [this summer].”

Brian P. Duleavy is a medical writer and editor based in New York. His work has appeared in numerous healthcare-related publications. He is the former editor of Infectious Disease Special Edition. 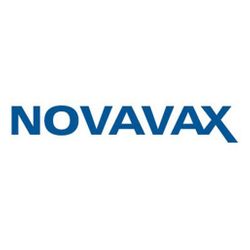 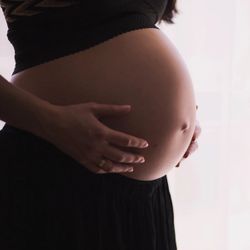