MAY 29, 2019 | BRIAN P. DUNLEAVY
As an artist, writer, and filmmaker, Mariam Ghani has tackled a number of challenging subjects, from politics and war to immigration and identity.

Her latest work is sure to resonate with readers of Contagion®, however. As part of the multi-city “Contagious Cities” program developed by the Wellcome Trust, Ghani has created a visually striking and thought-provoking film called “Dis-Ease,” which looks at how the terminology we use to describe illness and epidemics has evolved over the course of history and how, in some ways, it has influenced the way we view sickness and the ill. 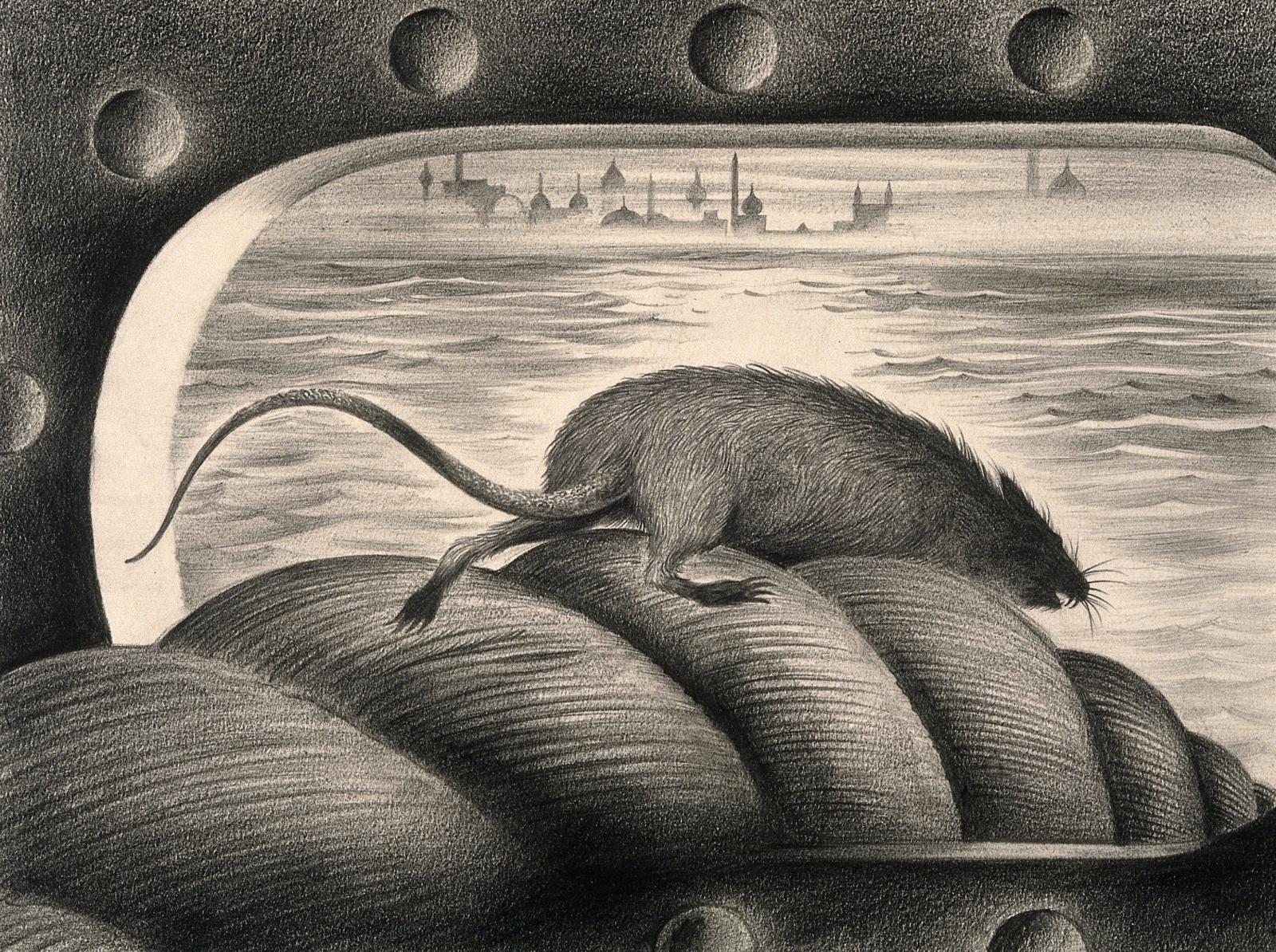 “[Infectious disease] is not a topic I had really thought about or addressed in my work before,” Ghani told Contagion® recently, adding that the Wellcome Trust approached her with the project. “They gave me a very wide and open brief: Can you make something that touches on issues related to contagion, migration, mobility, and the spread of diseases? My work has dealt with some of those topics before, so it wasn’t completely out of left field.”

And, importantly, Ghani also has experience using data and research findings in her creative work. For this project, she was assisted by a staff of investigators with experience in epidemiology and public health, and the resulting film uses archival footage from sources such as the New York Public Library, WNYC, the Brooklyn Historical Society, the New York Academy of Medicine, and the Wellcome Trust.

If there is an underlying message to “Dis-Ease,” a portion of which was shown as part of the “Germ City” exhibition at the Museum of the City of New York and which Ghani hopes to expand to “feature length” in the coming months, 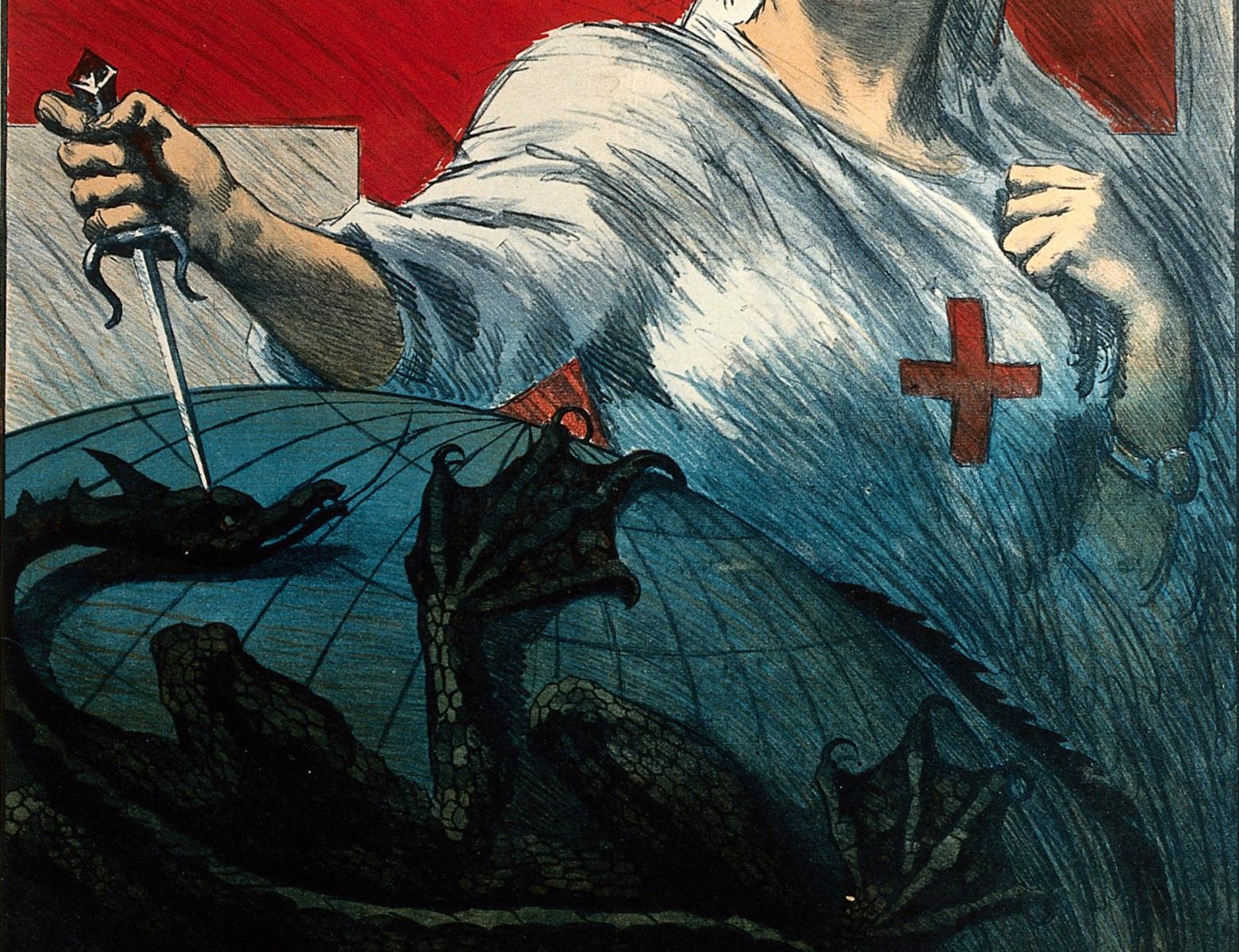 it’s perhaps best summarized by a line spoken toward the end of the film: “It turns out, the health of the poorest groups in our world affects us all.” The statement effectively puts an exclamation point on a section in which Ghani highlights connections between income inequality and the spread of disease.

“Epidemiology, I’ve learned, is really an astonishing science,” she said. “It has a lot to tell us about intersectionality, about not only how the health of a community or group affects everyone else, but how issues such as climate change affect our health and how all different parts of what we do in the world are interconnected with each other. That’s certainly a theme of the film as well.”

In another particularly striking segment of “Dis-Ease,” the artist takes on the notion that we must consider epidemics and pandemics as a “national security threat,” a popular refrain of late among leaders within the public health arena. Although this rhetoric does attract welcome and much-needed attention on health-related issues, it also reinforces the idea that victims of outbreaks are “outsiders” and a danger to society. The film describes how such war metaphors for disease are in keeping with the United States’ history of taking a militaristic approach to public health, in which treatments are often described as “weapons” and the top medical advisor within the federal government is the “Surgeon General”—not to mention the similarities between virus/vector maps and those used by military leaders during conflicts in strategic planning.

“We really want to present a challenge to people in the field, people who know a lot more about public health than I do, to think about alternative models and metaphors for disease and pandemic preparedness that go beyond war and military approaches because it’s possible that new ideas and new approaches are being foreclosed by these currently accepted models,” Ghani explained.

Although Ghani is not sure where her work on “Dis-Ease” will take her next, the film will be part of the “Contagious Cities” touring exhibition, which will culminate with a large show in London in the fall. Her first documentary, “What We Left Unfinished,” about unfinished Afghan communist films, debuted earlier this year.
To stay informed on the latest in infectious disease news and developments, please sign up for our weekly newsletter.