Donald Jensen, MD, on the Ongoing Hepatitis A Outbreaks in the US

MAR 27, 2019 | MICHAELA FLEMING
Outbreaks of hepatitis A have been ongoing in multiple state and health departments since March 2017. The US Centers for Disease Control and Prevention indicates that cases in these outbreaks have been primarily occurring in people who use both 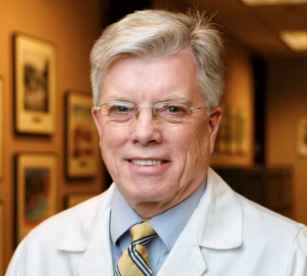 ​​​​​​​injection and non-injection drugs, as well as displaced individuals and their contacts.

The outbreaks have sprung up in 18 different states in the past 2 years. The highest number of cases has been observed in Kentucky with 4336 documented cases and 44 deaths reported, as of March 9, 2019. The outbreak was first declared in November 2017 and has been genetically linked to hepatitis A outbreaks in California, Utah, and Michigan.

The most recent state to declare an outbreak was Georgia. The Georgia Department of Health released a health advisory on March 11, 2019, announcing that between January 2018 and March 2019, 170 cases of acute hepatitis A infections have been identified in the state—a figure that is more than 6 times higher than the number of cases reported in 2017.

As case counts are climbing each week, Contagion® spoke with Donald Jensen, MD, FACP, FAASLD, a professor of medicine at Rush University Medical Center in Chicago, Illinois, to learn more about trends of hepatitis A outbreaks and transmission.

Editor’s note: Responses are edited for length and clarity.

Contagion®: Are there populations in particular in which hepatitis A is more common?

Dr. Jensen: Historically, outbreaks in the USA have been related to contaminated food (pomegranate seeds, raspberries, etc.) and to food handlers with hepatitis A virus (HAV). However, in the past few years there have been major outbreaks in California, Michigan, Utah and Kentucky in homeless individuals, those who use injection or non-injection drugs, and among men who have sex with men. Of these, homelessness has been a particularly prominent risk.

Contagion®: In regard to the ongoing outbreaks in particular, is it clear exactly how the infection is being transmitted?

Dr. Jensen: HAV is transmitted from [presence of the] virus in the feces of an infected individual. Unsanitary living conditions and crowding therefore raise the risk of transmission. Fecal contamination of food, or inability to exhibit personal hygiene (eg. hand washing after defecation) could allow for oral inoculation.

Contagion®: What are the implications of hepatitis A infections in individuals with other liver problems such as hepatitis C?

Dr. Jensen: Although typically a self-limited infection in children, hepatitis A can become more severe in older individuals and those with underlying chronic liver disease, such as hepatitis C. In the most recent outbreaks, about 4% of infected individuals have died.

Contagion®: What are the vaccine recommendations for people living in hepatitis A outbreak zones?

Dr. Jensen: Normally, 2 doses of the hepatitis A vaccine (eg. Havrix) is recommended 1 month apart. However, lack of health insurance and lack of a stable domicile makes administering 2 doses consistently nearly impossible. The CDC has demonstrated, however, that even a single dose may provide long-lasting immunity and protection in the homeless population. This is obviously a logistical benefit and is cost-effective.

Contagion®: Last year, legislation was passed in Kentucky adding the hepatitis A vaccine to the list of required immunizations for school children. Do you think this is something that all states should implement?

Dr. Jensen: Since 2006, the ACIP has recommended that all children in the USA receive the hepatitis A vaccine. Making it mandatory certainly raises the likelihood of broad immunity. That said, children rarely have serious outcomes with HAV, so the vaccination of children is largely to produce a generation of later-protected adults.

For the most recent cases in the hepatitis A outbreaks across the United States, check out the Contagion® Outbreak Monitor.
To stay informed on the latest in infectious disease news and developments, please sign up for our weekly newsletter.