MAR 14, 2019 | LAURIE SALOMAN, MS
British investigators released information last week from a retrospective study that lends support to the belief that the hepatitis C virus (HCV) can be completely eradicated in patients with HIV within the next 2 years.

The team presented data at the Annual Conference on Retroviruses and Opportunistic Infections (CROI 2019) showing a roughly 70% drop in HCV infections from 2013 to 2018 in a population of more than 6000 HIV patients.

The subjects, all males who were HIV-positive with a median age of 43 who were at high risk of acquiring HCV, received regular screenings—and, in some cases, HCV treatment thanks to participation in academic trials—at 3 central London health care centers during that time period.

But can HCV be completely eliminated by 2021?

“This is an ambitious aim, but one which we believe can be achieved due to current high rates of engagement in care and regular screening,” Lucy Garvey, MD, a consultant in HIV/GU medicine at Imperial College Healthcare 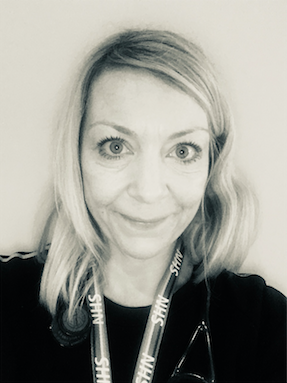 NHS Trust and the lead author of the study, told Contagion®. The United Kingdom, and London in particular has had a lot of success diagnosing and treating HIV, and the hope is that can extend to HCV.

“Achieving the elimination goal is likely to require additional resource[s] and novel strategies, as some patients with HIV and hepatitis C have additional health and social challenges,” she continued. “Furthermore, to avoid potential for reinfection of treated individuals, strategies such as risk-reduction work [and] increased testing in the wider population (particularly HIV-negative MSM) plus earlier HCV treatment—including for reinfection—are likely to be needed to interrupt defined transmission networks.”

The investigators are concerned that the drop in HCV rates among HIV-positive men, most pronounced since 2015, will plateau without better access to the direct-acting antivirals (DAA) that people with HCV need. Right now, DAA treatment in England can be prescribed only for people who have had HCV for at least 6 months, which is then considered a chronic infection. According to Dr. Garvey, HIV guidelines in Europe now recommend that chronic HCV infection be identified prior to the 6-month mark with earlier screening, something she and her team hope practitioners will be able to offer. This is because people who are coinfected with HIV and HCV may see a worsening of liver disease as well as mortality due to other factors.

“Progression of significant liver disease in an individual within 6 months is unlikely in the absence of other liver-related conditions,” she said. “However, there remains a small risk of liver complications, distress associated with the diagnosis, and also potential for...onward transmission. Therefore, many individuals are keen for treatment to commence at the earliest opportunity.”

Clinicians who see people with HIV should be aware that this population needs access to regular HCV testing and treatment, if needed. Dr. Garvey also stressed that people who are deemed at risk of acquiring HCV should receive counseling about how best to avoid it, as well as support throughout the process.

Although the investigators focused on men with HIV this time around, future research will not be so limited. “We plan to monitor prevalence and incidence of hepatitis C in all men and women with HIV over the coming years in order to track our progress towards 2021 elimination targets,” said Dr. Garvey.

The study, “Fall in HCV Incidence in HIV+ MSM in London Following Wider Access to DAA Therapy,” was presented in an oral abstract session on Wednesday, March 6, 2019, at CROI 2019 in Seattle, Washington.
To stay informed on the latest in infectious disease news and developments, please sign up for our weekly newsletter.