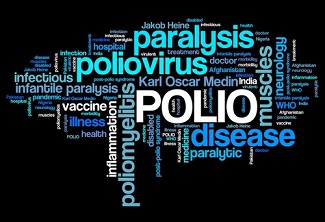 This significant declaration is working toward the goal of the world’s eradication of polio. In fact 5 out of 6 World Health Organization regions are now wild polio-free. When this last region declares it is wild polio-free, it will be the second virus eradicated from the world, since smallpox was given that declaration in May 1980.

“Today is a historic day for Africa,” Professor Rose Gana Fomban Leke, ARCC Chairperson, said. “The African Regional Certification Commission for Polio eradication is pleased to announce that the Region has successfully met the certification criteria for wild polio eradication, with no cases of the wild poliovirus reported in the region for four years.”

The ARCC’s decision comes after documentation and analysis of polio surveillance, immunization, and laboratory capacity of the region’s 47 member states, which included conducting field verification visits to each country.

This declaration of elimination is after a concerted effort that goes back to the late 1980s and the Global Polio Eradication Initiative (GPEI), a public-private global partnership. Rotary International was a founding member and last year gave $150 million to help eradicate the virus. They give $150 million a year, and this includes matching funds from the Bill and Melinda Gates Foundation.

In addition to Rotary International, the initiative includes national governments, WHO, the United States Centers for Disease Control and Prevention; UNICEF; the Bill & Melinda Gates Foundation; Gavi, the Vaccine Alliance; and long-term supporters.

The WHO Regional Director for Africa appointed the 16-member Africa Regional Certification Commission for Polio Eradication in 1998 with the mandate to oversee the certification process and act as the only body to certify the African Region to have eradicated the wild poliovirus.

“Episodes of circulating vaccine-derived poliovirus are rare,” according to GPEI. “Over the past ten years—a period during which more than 10 billion doses of oral polio vaccine were given worldwide—cVDPV outbreaks resulted in fewer than 800 cases.”

“With the innovations and expertise that the polio program has established, I am confident that we can sustain the gains, post-certification, and eliminate cVDPV2,” Pascal Mkanda, MD, Coordinator of WHO Polio Eradication Program in the African Region, said.
To stay informed on the latest in infectious disease news and developments, please sign up for our weekly newsletter.