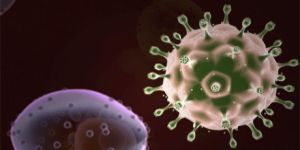 According to CNN, American missionary workers Kent Brantly, MD, and Nancy Writebol were treated with ZMapp after they contracted the virus while helping care for patients in a hospital in Liberia.

Now, with Brantly receiving further treatment in Atlanta and Writebol being flown to join him at Emory University, early reports indicate the medication is helping them to survive a disease that is associated with mortality rates as high as 90%.

ZMapp is a 3-mouse monoclonal antibody that reportedly stops the virus from entering new cells in a patient’s body. Reuters reported themedication was developed by Mapp Biopharmaceutical Inc., a California-based company. Citing industry sources, Reuters reported the drug had previously only been tested on monkeys. Because it was only recently developed as a potential treatment for Ebola, only small quantities of the drug are currently available.

“Mapp and its partners are cooperating with appropriate government agencies to increase crease production as quickly as possible,” the company declared in a statement sent to Reuters

ZMapp is not the only Ebola drug in development, though it may have jumped ahead of another medication that is further along in testing.Canadian company Tekmira Pharmaceuticals was evaluating its experimental Ebola drug TKM-Ebola, an RNAi (ribonucleic acid interference) therapeutic product, in a phase I clinical trial when it received verbal notice from the FDA on July 3, 2014, that the study had been placed on clinical hold due to safety concerns. TKM-Ebola had received a “fast-track designation” in March.

The World Health Organization reported that there have been 163 new cases of Ebola confirmed in the countries of Guinea, Liberia, Nigeria, and Sierra Leone between July 31 and August 1. Sixty-one patients died during that time.

The CNN report quoted Doctors Without Borders as saying “It is important to keep in mind that a large-scale provision of treatments and vaccines that are in very early stages of development has a series of scientific and ethical implications.” The statement continued, “Asdoctors, trying an untested drug on patients is a very difficult choice since our first priority is to do no harm, and we would not be sure that the experimental treatment would do more harm than good.

Brantly and Writebol were thought to be the first two Americans to bring the virus onto US soil but there were concerns in New York on Monday that a patient had gone to Mount Sinai Hospital with symptoms consistent with Ebola after recently travelling to West Africa. The Wall Street Journal reported the patient complained of a “high fever and gastrointestinal problems.”

Definitive testing is being conducted but according to a statement from the New York City Department of Health and Mental Hygiene, it isnot believed the patient has Ebola.

“After consultation with CDC and Mount Sinai, the Health Department has concluded that the patient is unlikely to have Ebola. Specimens are being tested for common causes of illness and to definitively exclude Ebola,” the statement said.

MOST POPULAR ARTICLES
China Confirms Case of Bubonic Plague
How Deadly Was the 2019-2020 Flu Season?
Why Comparing Flu and COVID-19 Severity Is Not Equivalent
FDA Fast Tracks 2 COVID-19 Vaccines
FEATURED