On a summer evening walk with his wife, Thomas*, aged 67, scraped his right shoulder against a large tree branch. The cut became infected. He went to an urgent care clinic, where he was prescribed a 7-day course of an oral cephalosporin antibiotic. Several days later, his condition worsened. Thomas and his wife began to worry as he suffered from tenderness, pain, redness, and oozing from the wound. This time, they went to the emergency room, and his physicians were considering whether Thomas should be admitted to the hospital or stay in the observation unit.

After reviewing Thomas’ recent medical history (failure to respond to the initial antibiotic, history of a previous MRSA skin infection, and multiple comorbidities including hypertension), his doctor prescribed a different antibiotic with attributes supporting out-patient therapy.1 Thomas received intravenous (IV) treatment in the observation unit and returned home the next day** to continue the same antibiotic—this time in pill form taken once-daily.1,2 Thankfully, Thomas’ infection was cured without having to endure the burden of hospital admission and extended stay.2** 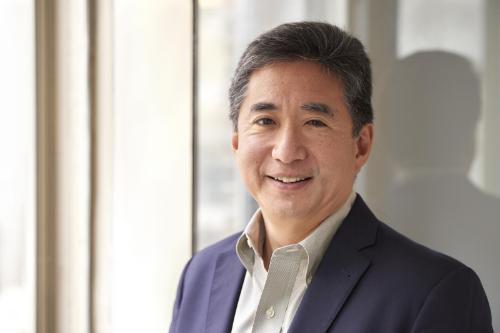 Stories like this highlight the growing public health crisis of antibiotic resistance. As illustrated in Thomas’s case, resistance has become a major health challenge due to the high incidence of bacterial skin infections coupled with a dwindling number of effective treatment options.

Serious bacterial skin infections, also known as acute bacterial skin and skin structure infections (ABSSSI), are defined as having a minimum lesion size of 75 cm-squared (measured by the area of redness, edema, or induration).3 The infections, which include abscesses, cellulitis, and wound infections,3 are caused primarily by gram-positive bacteria, the most common being Staphylococcus aureus.4 They cause an estimated 3.4 million ER visits5 and 750,000 hospitalizations in the US annually, at a cost of roughly $6 billion.6

As current antibiotics become less effective due to bacterial resistance, there is high demand for new and effective therapies with both IV and oral formulations. Nearly 20 years has passed since the FDA last approved an antibiotic with a once-daily IV and oral formulation to treat both serious bacterial skin infections and community-acquired bacterial pneumonia (CABP), another disease beset by drug resistance.8 Paratek Pharmaceuticals has now developed a first-in-class, modernized tetracycline, NUZYRA® (omadacycline) designed to overcome tetracycline resistance with demonstrated robust clinical efficacy against resistant pathogens found in serious bacterial skin infections.1

Tetracyclines have been a standard treatment for more than half a century against some of the most common bacterial infections, including serious bacterial skin infections.9 However, increasing resistance to tetracyclines over the past 25 years has made them much less effective, limiting their clinical use.9 NUZYRA® was designed to overcome the most common mechanisms to tetracycline resistance: active efflux pumps and ribosomal protection proteins.1 Both mechanisms prevent tetracycline from reaching its target of action, enabling the bacteria to survive and spread resistance to other pathogens.9  NUZYRA®, the first in a new class of enhanced tetracycline derivatives, shares a common mechanism of action with classic tetracyclines but was designed to overcome efflux and ribosomal protection.1

NUZYRA® was approved by the FDA in 2018 for the treatment of adult patients with ABSSSI and CABP caused by a range of gram-positive, gram-negative, and drug-resistant strains, including MRSA.1 The approval was based on the results of three Phase 3 randomized, controlled studies totaling approximately 2,000 patients.1

Please visit NUZYRA.com for complete indications and usage, and/or to request more information from a representative.

An estimated 2 million Americans are afflicted by antibiotic-resistant infections each year, resulting in more than 23,000 deaths.10 Antibiotic resistance is a global health threat where physicians and the public are quickly running out of options.

The biopharmaceutical industry plays a significant role in curtailing the spread of antibiotic resistance. Paratek is committed to providing health systems with tools for treating resistant bacterial skin infections. As a next-generation antibiotic, NUZYRA® provides the following benefits: Even in the age of MRSA bacteria, antibiotics remain remarkably effective in staving off bacterial infections and saving the lives of millions of people around the world. But the battle against antimicrobial resistance has reached an inflection point. To reduce this global threat, we must work to educate physicians on the potential for misuse and overuse of antibiotics, implement evidence-based infection-control best practices, and accelerate scientific innovation in next-generation antibiotic development.

Indications and Usage
NUZYRA® is a tetracycline class antibiotic indicated for the treatment of adult patients with the following infections caused by susceptible microorganisms:

Usage
To reduce the development of drug-resistant bacteria and maintain the effectiveness of NUZYRA® and other antibacterial drugs, NUZYRA® should be used only to treat or prevent infections that are proven or strongly suspected to be caused by susceptible bacteria.

Contraindications
NUZYRA® is contraindicated in patients with known hypersensitivity to omadacycline or tetracycline class antibacterial drugs, or to any of the excipients.

Warnings and Precautions
Mortality imbalance was observed in the CABP clinical trial with eight deaths (2%) occurring in patients treated with NUZYRA® compared to four deaths (1%) in patients treated with moxifloxacin. The cause of the mortality imbalance has not been established. All deaths, in both treatment arms, occurred in patients >65 years of age; most patients had multiple comorbidities. The causes of death varied and included worsening and/or complications of infection and underlying conditions. Closely monitor clinical response to therapy in CABP patients, particularly in those at higher risk for mortality.
The use of NUZYRA® during tooth development (last half of pregnancy, infancy and childhood to the age of 8 years) may cause permanent discoloration of the teeth (yellow-gray-brown) and enamel hypoplasia.
The use of NUZYRA® during the second or third trimester of pregnancy, infancy and childhood up to the age of 8 years may cause irreversible inhibition of bone growth.
Hypersensitivity reactions have been reported with NUZYRA®. Life-threatening hypersensitivity (anaphylactic) reactions have been reported with other tetracycline-class antibacterial drugs. NUZYRA® is structurally similar to other tetracycline-class antibacterial drugs and is contraindicated in patients with known hypersensitivity to tetracycline-class antibacterial drugs. Discontinue NUZYRA® if an allergic reaction occurs.
Clostridium difficile associated diarrhea (CDAD) has been reported with use of nearly all antibacterial agents and may range in severity from mild diarrhea to fatal colitis. Evaluate if diarrhea occurs.
NUZYRA® is structurally similar to tetracycline-class of antibacterial drugs and may have similar adverse reactions. Adverse reactions including photosensitivity, pseudotumor cerebri, and anti-anabolic action which has led to increased BUN, azotemia, acidosis, hyperphosphatemia, pancreatitis, and abnormal liver function tests, have been reported for other tetracycline-class antibacterial drugs, and may occur with NUZYRA®. Discontinue NUZYRA® if any of these adverse reactions are suspected.
Prescribing NUZYRA® in the absence of a proven or strongly suspected bacterial infection is unlikely to provide benefit to the patient and increases the risk of the development of drug-resistant bacteria.

Drug Interactions
Patients who are on anticoagulant therapy may require downward adjustment of their anticoagulant dosage while taking NUZYRA®.
Absorption of tetracyclines, including NUZYRA® is impaired by antacids containing aluminum, calcium, or magnesium, bismuth subsalicylate and iron containing preparations.

Use in Specific Populations
Lactation: Breastfeeding is not recommended during treatment with NUZYRA®

Please see full Prescribing Information for NUZYRA® at www.NUZYRA.com. References:
*Hypothetical patient
**Hypothetical, based on 2009-2010 National Ambulatory Care Survey data analyzed by study Authors
‡By providing this information, Paratek does not guarantee payment of any claim. Coding, coverage, and reimbursement may vary significantly by payer, plan, and setting of care. Actual coverage and reimbursement decisions are made by individual payers following the receipt of claims.
To stay informed on the latest in infectious disease news and developments, please sign up for our weekly newsletter.