A Brazilian study of people 90 years and older who easily recovered from COVID-19 identified specific genetic components that may have provided protection. 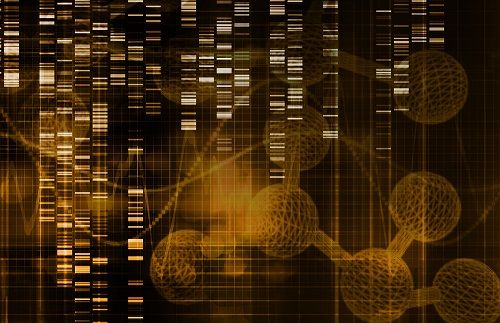 Brazilian investigators have been working to identify certain genetic factors that may grant people protection against COVID-19 infection or severe disease progression.

In the study, the investigators examined 87 “super elderly” (90 years and older) adults who were unvaccinated and presented with mild to no COVID-19 symptoms after confirmed infection. The average age of this group was 94 years old, with one woman, aged 114 years, was the oldest documented person to have recovered from COVID-19 in Brazil.

This primary cohort was compared to a group of 55 individuals younger than 60 years who had severe or fatal COVID-19 disease, as well as to a general elderly population. The investigators performed whole-exome sequencing and in-depth analysis of polymorphisms in the major histocompatibility complex (MHC) of chromosome 6, a region associated with COVID-19 outcome.

They found that the resilient super elderly group had a higher frequency of some missense variants in the MUC22 gene. This was one of the strongest signals in their MHC region, as compared to the younger severe COVID-19 group and the general elderly control population. Specifically, this study found the missense variant rs62399430 at MUC22 was twice as frequent among the resilient super elderly (p = 0.00002).

The MUC22 gene is part of the mucin family and is associated with mucus production. Mucus serves to protect and lubricated the airways, but an overproduction of mucus leads to the lung inflammation commonly seen in severe COVID-19 patients.

It is well documented that the pro-inflammatory basal state in the elderly can increase susceptibility to severe COVID-19, the investigators concluded that MUC22 has the potential to offer crucial protection against severe COVID-19 by inhibiting the overactive immune response typically observed in senior populations.

The study authors also hypothesized that higher expression of miR-6891-5p associated with all MUC22 protective variants may serve to reduce viral reproduction in cells, leading to less severe COVID-19 symptoms during infection.

“If we can really prove that some genes promote resistance to SARS-CoV-2, the same may also be true for other viruses,” said Mayana Zatz, a professor of human and medical genetics at the University of São Paulo Institute of Biosciences and a lead author of the studies.

“More research can then be based on these findings to try to understand the mechanisms underlying this resilience and develop medications that enhance protection against viral infections.”