The first Contagion® Connect podcast features a conversation with Dr. Alexandra Phelan about the impact of pandemic bonds in the ongoing Ebola outbreak in the DRC.

In this episode, we are joined by Dr. Alexandra Phelan from the Georgetown University Center for Global Health Science and Security. Dr. Phelan

works in the intersection between infectious diseases and international law and we'll be discussing an editorial published in Nature regarding the impact of pandemic bonds on the ongoing Ebola outbreak and the Democratic Republic of the Congo.

Can you provide me with some background on what the World Bank's Pandemic Emergency Financing Facility and the International Development Association fund are?

Sure, I'll start with the latter first. The International Development Association is a part of the World Bank, and it aims to reduce poverty in the world's 76 poorest nations and the way it does that is by providing credits, which are zero, or very low, interest rate loans. They typically have a long-term repayment schedule, 30 to 38 years, and often a 5- to 10-year grace period before repayments begin. The IDA also provides grants for programs that aim to target inequalities or improve people's living conditions.

The Pandemic Emergency Financing Facilities is a little different. It aims to provide finance to countries eligible for IDA funding, as well as other UN agencies and aid organizations. And it does that through 2 financial mechanisms. The first is what's known as a cash window. And that's a small $50 to $100 million fund that's financed by World Bank donors, not the private sector. And it doesn't have the same specific payout criteria as the other mechanism, which I'll talk a little bit more detail in a moment. And the idea is that the cash window can be used more quickly, and it can fund single country outbreaks or novel pathogens, that haven't already been identified as particular epidemic risks.

The PEF has this in the second mechanism, which is the insurance window and that's one thing getting a little bit more attention. It's financed by the private sector, and it's intended to provide essentially insurance coverage up to $425 million. This coverage is purchased just like insurance and it has annual premiums at 8.5%, which is about $36.2 million, that it pays to the private sector.

There are very specific criteria for when money is to be released from this insurance window. The first is that it must be a specified disease, and that's from a list of diseases that the WHO says is most likely to cause major epidemics, which includes pandemic influenza, SARS, MERS, Ebola, and a number of other diseases.

The second criterion is that an outbreak must meet a certain size, so the number of cases must be triggered. There must also be a rate of growth, of the outbreak that triggers the release of the money, so a number of cases per month for example. And then, it has to satisfy a criterion of spread, that is that it has to spread to 2 or more countries. And there are so different levels, so if you've got more than, say 8 countries, that first step is it must also spread beyond a country has to go to 2 countries.

So, the IDA so far in the Ebola outbreak has released, I think there are 2 different tranches, so $80 million whose was first released, and then they have also done a $300 million supplementary package of grants and credits of Ebola outbreak in DRC. It's not quite clear yet, what breakdown between grants and credits that $300 million is. In terms of the PEF, the Pandemic Emergency Financing facility, the cash window has distributed $20 million and the issue that's started to garner a lot of tension is the fact that the insurance window hasn't been activated as yet.

From my understanding, there are contingencies in place to ensure that a payout from PEF is not given inappropriately. And in Olga Jonas's piece in Nature, it says that PEF stipulates that a payout of $45 million for Ebola would be given if the death toll reaches 250 confirmed deaths, but only if at least 20 of the deaths occurred outside of the nation where the outbreak began. So, in the ongoing outbreak right now, we're clearly seeing way more than 250 deaths, but they're predominantly isolated inside the DRC. So, how are these stipulations, in turn, hurting the outbreak response?

Phelan: Yeah, this goes to the real the tension between what the PEF insurance window aims to do and how it gets its financing. And what that is, is that there are very strict criteria for the release of that money. And that criteria are in place, because this is essentially an investment instrument. And the idea is that the private sector will only invest in the PEF if they can have certain criteria that they know is when the release is going to occur. And that fundamental attention, what investors want to see, is not necessarily consistent with what global health needs.

And so, you know, these criteria were set up with this cross border spread of more than 20 cases, which although we had reported cross border spread into Uganda, there were only 3 cases, and it has to be within a particular time period as well. So that certainty from investors, what they're after, which is very favorable turns, is completely at odds with what's needed for the outbreak response. What we need is financing to stop the outbreak at its source and to save lives. And it does seem absurd, or is absurd when you have the criteria when that's what that money would do on the ground in terms of public health capacity, surveillance, contact tracing. distribution of vaccines, what you need to control the response that requires that money.

That being said, the PEF insurance window is doing exactly what it was set up to do. I mean, these criteria were set up back in 2016 when it was established. So, this tension has existed before this outbreak. And this is the challenge of relying on innovative financing mechanisms that really are about marketplace mechanisms when what global health necessarily needs is not market-based, particularly if we've defined global health and outbreak prepared so, you know, global public good. So we have a conflict of philosophies in many ways.

The other thing to note is also that there are there is money coming from other from countries, from other aspects of the world bank financing, as spoke about before. But, the challenges for this outbreak, beyond financial challenges, are about having the technical capacity on the ground, but also the severe insecurity, conflict, and public health system.

Resource constraints are already existing on the ground in northeast DRC. And my concern, and I will say I think the criticisms are very valid, is I think these criteria were already set; this isn't necessarily a surprise, it's just this outbreak is demonstrating that the PEF as it operates now, is perhaps not sophisticated enough for what's required for financing outbreaks like we're seeing the DRC.

I think that's a perfect lead in to the last question that I have. In your opinion, how can these pandemic fund programs be altered in the future to be effective for outbreaks and health crises that are similar to what we're seeing right now in the DRC?

Phelan: Yeah, so I think there have been calls to cancel the bonds and release the money immediately. The terms of the prospectus, the terms of the bonds in place, you know, is about 400 something pages, and I'm not familiar with whether there is any provision for cancellation of the bonds in particular circumstances. I would be very surprised if any of the circumstances right now, like the fact that the criteria aren't working, if that would be considered a reasonable cancellation.

There is a good argument that from a rule of law, and a legal certainty point of view that the World Bank would be very hesitant to do that would undermine its lending credibility, if so. That being said, there is clearly a need to revise, and either form a different pandemic facility or for future outbreaks some form of revision. And I think the first thing would be is getting more clarity over how much the bank and donors are actually paying to the private sector in premiums and interest.

And I think the figures are about $75.5 million in premiums, perhaps, that figure would have to be checked. When you compare the amount of money that has actually gone out of the PEF insurance window, you know, there hasn't been any money released to the DRC at this stage. So, I think clarity of the premiums and interest will be very important; reassessment of the requirement for border, or cross border. Under international law the World Health Organization's criteria for declaring a Public Health Emergency of International Concern, which this outbreak has been declared as such, is a risk of international spread, not waiting for international spread. So, given the leading piece of global health law in this field is not a 2-country requirement rather a risk, perhaps there should be consideration of the broad international legal system and if the criteria can be modified in that respect, it's also giving sufficient certainty to the private sector.

And I also note that critically the relying on the private sector to fund this also might be an interesting innovative financing mechanism could be a supplement. Really the responsibility comes down to donor countries to be financing directly to build health systems, not just in the DRC, but in the region in other countries around the world that have severe resource constraints. To build up capacities for diagnostics, vaccination surveillance, all these standard public health tools that we know to prevent, detect and respond to outbreaks at their source rather than relying on an interesting perhaps, convoluted perhaps, and perhaps unreliable or not useful, private sector funding mechanisms.

Thanks for tuning into this Contagion® Connect podcast. For the latest infectious disease news, be sure to check out ContagionLive.com 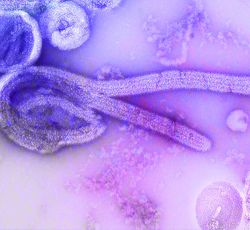 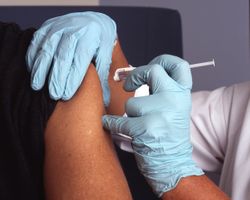 Hepatitis B Vaccine Adherence Stronger in 2 Doses Compared to 3