Linking IBD with Antibiotic Use in Adults

Adults appear to have a higher risk of IBD if they have been prescribed antibiotics, according to a new large study. 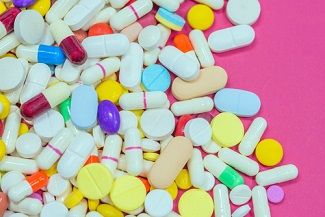 High exposure to systemic antibiotic therapy appears to increase a person’s risk of inflammatory bowel disease (IBD), according to a new population-level analysis.

The study was published in The Lancet: Gastroenterology & Hepatology.

The question of whether antibiotic exposure leads to IBD has been debated for many years. In children, significant studies have already demonstrated that early exposure to antibiotics can lead to a higher risk of childhood IBD. However, the existing literature with regard to adults is limited in size and scope.

An international team of investigators sought to remedy that problem by examining antibiotic use and IBD across a large population. The team identified people living in Sweden who were at least 16 years of age and had been diagnosed with IBD, ulcerative colitis, or Crohn’s disease. They used IBD data from an existing study and cross-referenced it with the Swedish Patient Register and Sweden’s Prescribed Drug Register. Patients’ cumulative antibiotic dispensations were tabulated for up until 1 year before the time of matching, and the authors identified up to 5 matched control patients for each patient in the IBD cohort. Unaffected siblings were also included in the study as a secondary control group.

Similar results were found when the IBD patients were compared to the sibling control group. The authors noted increases in risk depending on how many times a patient had been prescribed antibiotics. Broad-spectrum antibiotics also appeared to heighten risk.

Ludvigsson and colleagues said the study underscores the problematic nature of antibiotics.

“Although antibiotics have been widely beneficial for the maintenance of human health, they greatly affect the fragile ecology of human gut microbial communities, resulting in individualized and sometimes incomplete recovery from such insults, potentially predisposing users to long-term chronic disease risk,” they wrote.

The mechanism by which this increased IBD risk occurs could be due to several interconnected factors, Ludvigsson and colleagues said. Among them: changes in metabolic functions, vitamin and nutrient production, and energy extraction.

“Most importantly, gut microbial perturbations promote the onset of intestinal barrier dysfunction, altered immune response, defective autophagy, and permissive pathogenic blooms, that are typically viewed as inciting events as early as several years before the development of IBD,” they wrote.

Ludvigsson and colleagues said their findings will need to be confirmed in subsequent studies. However, given the existing evidence of antibiotics playing a role in childhood IBD, as well as the increase in drug resistance, the authors said their study adds to the case that antibiotic stewardship and prescriber restraint are critically important.