Approximately 20 staff members from an elementary school in Casselberry, Florida are believed to have contracted norovirus infections last week, a school official confirmed with Contagion.

Approximately 20 staff members from an elementary school in Casselberry, Florida, are believed to have contracted norovirus infections last week, a school official confirmed with Contagion.

Each year, 400,000 emergency room visits by young children are due to infection with norovirus. According to the federal food safety website, norovirus causes inflammation in the stomach or intestines and common symptoms include stomach pain, diarrhea, and nausea. Many young children infected with norovirus experience dehydration. To prevent this, the Centers for Disease Control and Prevention (CDC) recommends drinking plenty of fluids. For mild dehydration, over-the-counter oral dehydration fluids can be used. Sports drinks and other noncaffeinated drinks may also be taken to combat dehydration. Other symptoms of norovirus include fever, headache, and body aches.

As a precautionary measure, a cleaning crew worked diligently to decontaminate the entire school on Sunday, August 7, and Monday, August 8, 2016. The school has been cleaned and sanitized according to CDC regulations, a school official said. Sterling Park Elementary will reopen on Wednesday, August 10, 2016, according to their website. Commenting on the outbreak, Walt Griffin, EdD, superintendent of Seminole County Public Schools, said, "We apologize for any inconvenience [closing the school] may cause, however, we feel this is in the best interest of our students, parents, staff and community."

According to the CDC, "Norovirus is the leading cause of illness and outbreaks from contaminated food in the United States." It takes as little as 18 viral particles on food or hands to become infected with norovirus, which is sometimes referred to as Norwalk virus. Coming in contact with a contaminated surface and then ingesting viral particles is one way of contracting the infection. Accidentally getting stool or vomit from infected people in your mouth when caring for, coming in contact with, or sharing food or utensils with an infected individual can also cause norovirus transmission.

The CDC encourages proper and frequent handwashing to prevent norovirus infection. Alcohol-based sanitizers should not replace handwashing with soap and water. Proper washing of raw fruits, greens, shellfish, and veggies should also be maintained. There is currently no approved vaccine available for the virus; however, a vaccine developed by Takeda pharmaceuticals is currently in a Phase 2b trial. 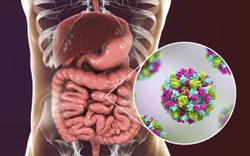 Managing CDI in the Ambulatory Setting