The 2019 Strategic Plan of the Infectious Diseases Society of America lays the groundwork for understanding prescribing practices.

Antimicrobial-resistant (AMR) bacteria continue to be a significant cause of morbidity in the United States and worldwide. Recognizing this, the Infectious Diseases Society of America (IDSA) issued an evidence-informed guidance document for the treatment of AMR gram-negative bacteria in 2020, containing recommendations for extended-spectrum β-lactamase(ESBL)- producing Enterobacterales (ESBL-E), carbapenem-resistant Enterobacterales (CRE), and difficult-to-treat resistance (DTR) Pseudomonas aeruginosa.1 In December 2021, the second iteration of this guidance was released, offering treatment recommendations and suggestions for AmpC β-lactamase producing Enterobacterales, carbapenem-resistant Acinetobacter baumannii (CRAB), and Stenotrophomonas maltophilia.2

These documents, key components of the 2019 IDSA Strategic Plan, call for dissemination of timely practice recommendations. Unlike traditional guidelines, the IDSA guidance documents take a different path and do not rely on a formal systematic review of the literature or use of the GRADE (Grading of Recommendations Assessment, Development, and Evaluation) criteria. Instead, the documents focus narrowly on specific clinical questions, which generally lack strong data and are the product of evidence-informed expert opinion.

The primary intent of the guidance documents is to provide recommendations for clinicians who have limited clinical experience in managing infections caused by these organisms. Through social media engagement, however, it quickly became apparent that infectious diseases specialists were key consumers of the IDSA guidance documents and able to provide essential input. This feedback actively informed development of the second guidance document and forthcoming revisions to the first document.

The development of the second guidance document also revealed a unique challenge that was not seen during the development process for the initial guidance. In contrast to that of ESBL-E, CRE, and DTR Pseudomonas, the evidence base for treatment of AmpC-producing Enterobacterales, CRAB, and S maltophilia is very limited. In the case of CRAB, randomized controlled trials (RCTs) provide evidence for what not to do from a treatment perspective, but very little for what might be considered optimal treatment. For S maltophilia, no quality evidence supporting preferred treatment could be identified. For that reason, both the CRAB and S maltophilia sections have “suggestions” rather than “recommendations” as the primary form of guidance.

Several key points in the guidance document deserve specific mention. First, the AmpC-producing Enterobacterales section provides recommendations on what organisms should be considered high risk for inducible selection of AmpC hyperexpressing mutants during therapy with third-generation cephalosporins. For many years, clinicians have learned the mnemonics “SPACE” and “SPICE” to identify such organisms and inform treatment recommendations. The specific organisms included in SPACE and SPICE are not always clear (particularly the “P” component), but generally include Serratia species, Pseudomonas (or Providencia) species, A baumannii, Citrobacter species, indole-positive Proteus species, and Enterobacter species. While easy to remember, these mnemonics oversimplify complex issues, include organisms that don’t produce AmpC, and fail to address recent taxonomic changes. As examples, many organisms in the Citrobacter genus, other than Citrobacter freundii and Citrobacter youngae, lack a chromosomal AmpC gene altogether.3 In the past, indole-positive Proteus described Proteus morganii and Proteus rettgeri, but they have been reassigned to the genera Morganella and Providencia, respectively (both are at low risk for inducible AmpC expression). The newly created Klebsiella aerogenes (formerly Enterobacter aerogenes) is omitted entirely from these mnemonics, as is the uncommonly encountered Hafnia alvei, which appears to have a risk profile similar to the classic AmpC producer Enterobacter cloacae. The guidance document suggests treating only E cloacae, C freundii, K aerogenes, and H alvei as clinically significant AmpC producers and avoiding definitive therapy with third-generation cephalosporins and piperacillin-tazobactam, and instead favoring cefepime or carbapenems as the preferred β-lactam agents.4 Serratia marcescens, which does have a chromosomal AmpC gene, is specifically excluded from this list, as significant risk for inducible expression does not appear to be present in most infection types.

Second, the lack of a specific, definitive treatment recommendation for CRAB must be mentioned. Currently available RCT data suggest that carbapenem, rifampin, and cefiderocol are not superior to monotherapy with colistin. Unfortunately, however, the published literature does not provide any guidance on what the optimal therapy might be. The panel consensus was that colistin or polymyxin therapy was likely suboptimal (contrary to the RCTs as described) and so combination therapy was recommended. In vitro models suggest that triple combination therapy of ampicillin-sulbactam, meropenem, and either minocycline or polymyxin demonstrate bactericidal killing, but it is impossible to make recommendations solely on the basis of in vitro pharmacodynamic assays.5,6 Thus, these combinations are mentioned as possibilities, but are not specifically prioritized. Largely on the basis of small, uncontrolled studies suggesting that high-dose ampicillin-sulbactam might be beneficial even in ampicillin-sulbactam– resistant isolates, ampicillin-sulbactam is a suggested as a primary component of combination therapy.

Lastly, the lack of recommendations that could be made for S maltophilia was surprising. The body of evidence supporting the use of trimethoprim-sulfamethoxazole as primary therapy is nearly nonexistent, although trimethoprim-sulfamethoxazole remains the preferred therapy for serious infections in the absence of any evidence reasonably supporting an alternative therapy. A major reason for this is that S maltophilia causes a spectrum of illness, ranging from simple colonization of the respiratory tract or intravenous catheters to rapidly fatal pneumonia and disseminated infection. Objectively distinguishing these infections in patients with acute-on-chronic illness can be nearly impossible, making observational research incredibly challenging. Both fluoroquinolones and minocycline have been studied in an observational fashion as alternatives to trimethoprim-sulfamethoxazole; however, all studies are nearly hopelessly confounded by selection bias and are largely uninformative for clinical decision-making. Thus, no firm recommendations beyond maintaining the status quo of trimethoprim-sulfamethoxazole as the treatment of choice for S maltophilia could be madec.

Unlike the first iteration of the IDSA guidance, clear recommendations were difficult to identify for the treatment of infections caused by AmpC-producing Enterobacterales, CRAB, and S maltophilia. However, the guidance documents do offer a summary of the available literature and evidence-informed suggestions (or recommendations) from a panel of clinicians with clinical and research expertise in these infections. As with the first IDSA guidance for the treatment of infections caused by drug-resistant gram-negative bacteria, any suggestions or recommendations, whether provided as formal letters to the editor, informal direct communication with the authors, or posts on social media, will be routinely assessed and updated as new evidence becomes available. 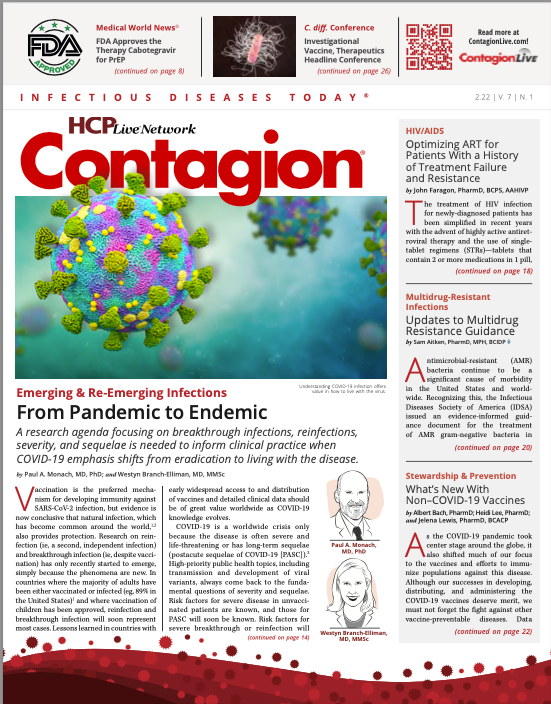