The World Health Organization (WHO) has released a report, replete with risk assessment and guidance, on a series of recently observed SARS-CoV-2 variants during the coronavirus 2019 (COVID-19) pandemic.

The global health institution highlighted a quartet of variants currently in circulation from various points in the last year.

The currently most dominant form of the global virus is a SARS-CoV-2 variant with a D614G substitution in the gene encoding the spike protein, initially observed in late January or February 2020 before overwhelming the strain identified in China.

In June, it became the most dominant strain, having increased infectivity and transmission to previous strains. However, it does not cause greater illness nor worsen effectiveness of existing laboratory diagnostics, therapies, vaccines, or epidemiologic efforts.

A SARS-CoV-2 variant was identified in North Jutland, Denmark, in August and September. It was characterized by its link to infection among farmed mink before subsequently transmitting to humans. It possesses multiple mutations not previously observed, and experts have raised concern that it could result in reduced virus neutralization that would decrease the extent and duration of immune protection from infection recovery or vaccination.

The “Cluster 5” variant is currently being assessed for virus neutralization among humans infected with it, though Denmark has reported only 12 human cases in September, without indication of widespread transmission.

The Variant in the UK

Three weeks ago, the UK initially reported to WHO SARS-CoV-2 variant B117, which has since been observed to have 23 nucleotide substitutions without phylogenetic relation to the virus circulating at the time in the country.

The variant initially appeared in Southeast England, but has since replaced virus lineages in the area as well as in London.

Preliminary assessment indicates the variant has increased transmissibility, but no change in disease severity—as per hospitalization length and 28-day case fatality—nor reinfection risk.

Another of this variant’s mutations appears to have affected diagnostic PCR assays with an S gene target, however the impact is not anticipated to be significant.

As of this week, the variant has been reported in 31 other countries, territories, areas in 5 of the 6 WHO regions.

A new variant was detected by South African authorities on December 18, spreading rapidly among 3 provinces with a N501Y mutation.

A month earlier, routine sequencing observed this variant had largely replaced other SARS-CoV-2 viruses in regions of Eastern Cape, Western Cape, and KwaZulu-Natal provinces. Despite this rapid displacement and an observed higher viral load that could indicate transmissibility, further research is needed.

Additionally, WHO indicated there is currently no evidence of this variant being associated with more severe disease or worse outcomes, though again, more research is needed. As of this week, is has been reported in 4 other countries.

Aside from affected nation’s authorities currently undergoing epidemiological and virologic assessments on these variants, as well as the addition of the UK and South Africa variants’ genomic data to the Global Initiative on Sharing Avian Influenza Data (GISAID), WHO highlighted a series of actions initiated to respond to the new threats:

WHO stressed the commonality of viruses to change over time, often without direct benefit to its infectiousness or transmissibility, and sometimes limiting propagation. They also noted that virus mutation risk increases with the frequency of human and animal infections.

“Therefore, reducing transmission of SARS-CoV-2 by using established disease control methods as well as avoiding introductions to animal populations, are critical aspects to the global strategy to reduce the occurrence of mutations that have negative public health implications,” they wrote.

Though initial assessment implicates the UK and South African variants do not cause change in clinical presentation or severity, their potential for higher case incidence could lead to increased COVID-19 related hospitalizations, and therefore, deaths. As such, WHO warned more intensive public health response may be necessary to control variant transmission, pending research.

“While mutations of SARS-CoV-2 are expected, it is important to continue to monitor the public health implications of new virus variants,” they wrote. “Any increased in transmissibility associated with SARS-CoV-2 variants could make control more difficult.”

What’s more, the authority advised national and regional health organizations work with travel, transport, and tourism sectors to assure travelers to and from countries affected by new variants are informed on variants and resourced to prevent spread.

“Countries should also ensure that measures affecting international traffic are risk-based, evidence-based, coherent, proportionate and time limited,” they wrote. “In all circumstances, essential travel by countries should always be prioritized and facilitated.” 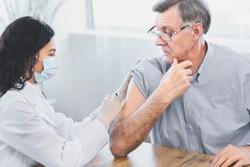 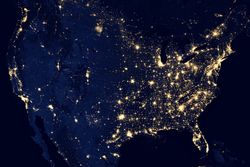