ACP Says Its Guidance Against Hydroxychloroquine, Chloroquine for COVID-19 Unlikely to Change 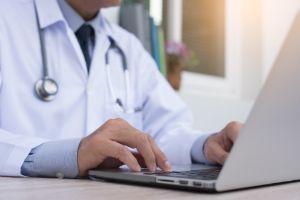 The American College of Physicians (ACP) has retired its living, rapid practice points regarding the use of chloroquine and hydroxychloroquine, with or without azithromycin, as either prophylaxis or treatment for coronavirus 2019 (COVID-19).

The college’s Scientific Medical Policy Committee said it no longer believes it is likely that further information will change their guidance on chloroquine and hydroxychloroquine, and therefore it is no longer necessary to make continued updates.

The letter announcing the decision was published in the Annals of Internal Medicine.

The updated guidance is in line with previous updates from ACP, which have suggested that additional evidence was needed in order to affirm the safety and efficacy of the drugs. In the new statement, corresponding author Amir Qaseem, MD, PhD, vice president of clinical policy at ACP, and colleagues stated that no such evidence has been found.

The final update to the practice points states that neither chloroquine nor hydroxychloroquine should be used as a prophylactic or treatment against COVID-19. The authors said the drugs may be used in a clinical trial setting for the treatment of patients, but only under a model of shared and informed decision-making with patients and families.

However, while Qaseem and colleagues said participation in trials is permissible, they also noted that some trials have already been stopped.

“Three large, in-progress randomized controlled trials (RCTs) with strong study designs ceased enrollment for the hydroxychloroquine-only versus control comparison early due to lack of efficacy in preliminary analyses,” they wrote. “In addition, the 2 literature updates produced no evidence to alter these conclusions.”

Qaseem and colleagues said they have identified 1 new RCT, 5 cohort studies and other preprints, as well as a 6th cohort study that was not considered because it was retracted.

“The newly available evidence has high risk of bias and showed conflicting direction and magnitude of results, leading to unchanged conclusions from the initial review with insufficient evidence to support the effectiveness or safety of chloroquine or hydroxychloroquine alone or in combination with azithromycin for the treatment of COVID-19 in hospitalized patients,” the authors wrote.

Qaseem and colleagues further noted that the US Food and Drug Administration has revoked its emergency authorizations for the drugs, due to the possibility of harm and lack of demonstrated efficacy.

The authors said they would continue planned ongoing surveillance through the end of November, though no additional updates are planned.

The new statement is not a policy change, but rather a final confirmation of previous statements by the agency. The first version of the practice points noted the drugs come with potential harms and said research had not yet provided a compelling case for their use.

“Current evidence about efficacy and harms for use in the context of COVID-19 is sparse, conflicting, and from low quality studies, increasing the uncertainty and lowering our confidence in the conclusions of these studies when assessing the benefits or understanding the balance when compared with harms,” Qaseem and colleagues wrote at the time.

The new guidance may help ease pressure on supplies of hydroxychloroquine, which can be used to treat lupus. A survey published in July by the Lupus Foundation of America found just over half (55%) of patients reported challenges getting their prescriptions filled.
To stay informed on the latest in infectious disease news and developments, please sign up for our weekly newsletter.