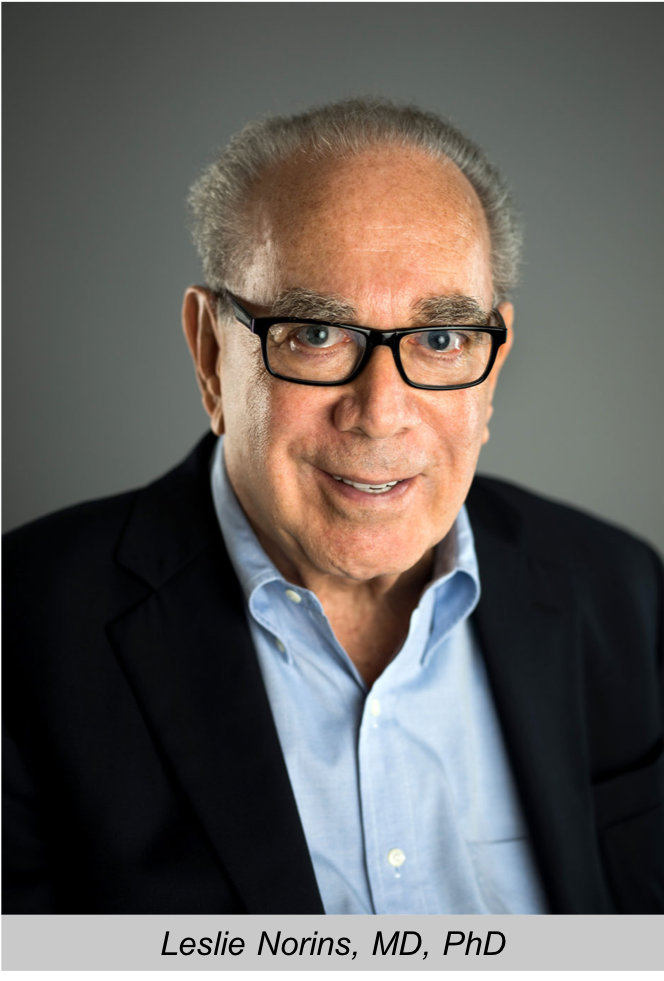 As a trained scientist and longtime medical publisher, Leslie Norins, MD, PhD, knew a thing or two about Alzheimer’s disease, but when he started to take a closer look at the disease back in 2016, he assumed he had a lot to catch up on.

Dr. Norins lives in Naples, Florida, a city popular with retirees and thus a place with above-average rates of Alzheimer’s. Before his publishing career, Dr. Norins studied venereal disease as a lab director at the US Centers for Disease Control and Prevention (CDC).

“I thought that simply on general principles I should update myself on this disease—which I had last studied briefly way back at Duke Med School,” he told Contagion®.

What he found was plenty of research, but the same bottom line. Back when he was at the CDC, the cause of Alzheimer’s was a mystery and there was no cure. When he looked into the issue 2 years ago, he said, “What a surprise—56 years later still same situation!”

And so, he started digging.

“One could start at the molecule/cellular level and review journal articles upwards to patients/macro/population/epidemiology level. Or vice versa,” he said. “I chose this latter.”

Dr. Norins started to look into whether antibiotics and antivirals had ever been tested in an Alzheimer’s context, but he found no evidence of such examination.

Then came another question: Had serum antibody tests ever been performed on samples from patients who would go on to develop Alzheimer’s? In Dr. Norins’ mind, it made sense to test those samples for things like syphilis, chlamydia, retroviruses, and more. Yet, very little of such research was available.

“From my early days at CDC... I was well aware syphilis could go underground for decades in a patient, only to show up 20 to 30 years later as brain damage,” he noted, adding that other viruses can also be latent for decades as well.

“Bottom line,” he said, “nobody has checked for even common agents, let alone rare ones, especially those which can have long latent periods.”

Dr. Norins became alarmed by what seemed to him to be a tremendous void in Alzheimer’s research. At the same time, he knew he was new to the game, and he knew that many in the Alzheimer’s research community had long ago settled on the idea that amyloid plaques and protein tangles were the culprits behind Alzheimer’s.

“I began to be haunted by the fairy tale, ‘The Emperor's New Clothes,’” he said. “Could it be that the ALZ emperor ‘amyloid and tau’ is really not wearing any clothes?”

And so, last year, Dr. Norins published a white paper arguing that researchers needed to look in a new direction, at the idea that a germ might cause Alzheimer’s disease. He put his money where his mouth was, setting up a $1 million challenge award to be given to any scientist who can offer “persuasive proof” that Alzheimer’s is caused by a gene.

So far, it’s just a theory. But, if part of the goal was to change the conversation around Alzheimer’s, Dr. Norins appears to be making headway.

His logic is outlined in the white paper. First of all, he notes, the brain isn’t sterile; it can contain bacteria. It’s also well known that bacteria, along with other pathogenic organisms, can invade and damage the central nervous system.

Amyloid beta and inflammation, both of which are suspected of playing a role in Alzheimer’s disease, can be sparked by microorganisms. He also noted that antibiotics have been found in some cases to have a beneficial impact on the disease.

Dr. Norins even suggests that Alzheimer’s disease could be transmissible. He points to a 2010 study that suggested spouses of patients with dementia had a higher chance of getting dementia themselves. Another study, from that same year, found that neurosurgeons face a particularly high risk of dying from Alzheimer’s disease, which Norins believes could be an indication that an Alzheimer’s germ is being transmitted in the operating room.

If Dr. Norins is running the opposite direction of the Alzheimer’s research “establishment,” he said he hasn’t been met with hostility; however, neither have his ideas been embraced.

“In fact, I would characterize it as coolness and ‘studied avoidance,’” he said. “As in, ‘Let's hope that skunk leaves the party before he stinks it up for everybody receiving millions of dollars in amyloid-tau grants and the many jobs this provides for large numbers of administrators and advocates.’”

Dr. Norins said he’s received more than 50 emails from scientists and researchers who support his effort and think he’s headed in the right direction; but, they’re generally afraid to support the germ theory publicly for fear of bureaucratic or institutional pushback.

Yet, in some ways, the “germ theory” is gaining traction. A pair of studies published over the summer suggest that herpes virus could play a role in the progression of Alzheimer’s.

“These data support the notion that [Amyloid-β peptide, or Aβ] might play a protective role in central nervous system innate immunity, and suggest an Alzheimer’s disease etiological mechanism in which herpesviridae infection may directly promote Aβ amyloidosis,” wrote first author William Eimer, PhD, of Massachusetts General Hospital and Harvard Medical School, in one of the studies. 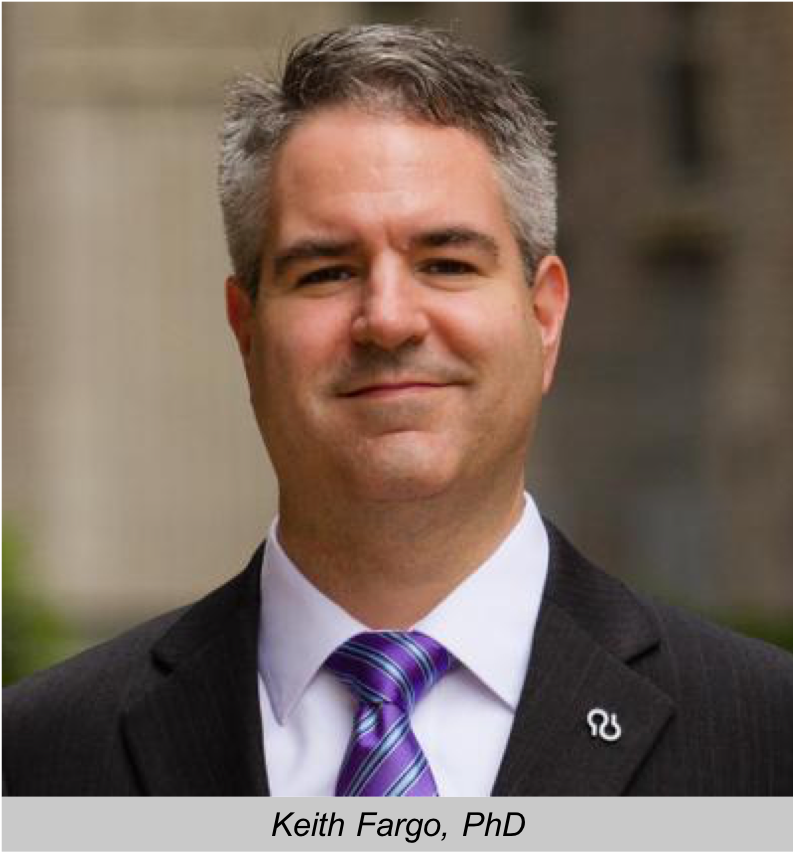 Keith Fargo, PhD, director of scientific programs and outreach at the advocacy group Alzheimer's Association, said those studies lend scientific credibility to the idea that viruses or other infectious agents might have a role to play in the disease.

“We will likely see more scientists taking this hypothesis seriously, and perhaps even starting to research it themselves,” he told Contagion®. “What's especially valuable about these 2 papers is that they lay out plausible mechanisms for how microorganisms might be causative in Alzheimer's—something previous investigations largely failed to do.”

In fact, the Alzheimer’s Association itself has awarded more than $1.5 million in the past 5 years to investigators looking into the role of germs, microbes, and infectious agents on Alzheimer’s and other dementias, Dr. Fargo said.

“There is some preliminary research that suggests that microbes or germs may be in some way associated with the cause or progression of Alzheimer’s disease and other dementias, but exactly how is still unclear,” he said.

However, Dr. Fargo downplayed the notion that Alzheimer’s itself is transmissible.

“It is very important to note that Alzheimer's disease is not contagious, so people should not avoid friends or family members with the disease,” he said.

If it were transmissible, there might be geographic patterns or “hot spots” of Alzheimer’s disease. Dr. Norins said that’s something he’s considered, but there’s no persuasive evidence of high-Alzheimer’s zones, and country-level data varies widely depending on public health infrastructure and other factors.

Dr. Fargo, meanwhile, said there are also emerging questions about whether the gut microbiome—and thus diet—have an impact on Alzheimer’s. Data on that question was presented in July at the association’s international conference, he noted.

“This is an emerging area of Alzheimer’s research that deserves more attention and investigation,” he said.

Although such research seems to be gaining traction, Dr. Norins believes the focus—and the spending—is not nearly enough.

“This year Congress has appropriated $2.3 billion for Alzheimer's research,” he said. “And that is distributable or obligatable in the next 12 months by grant administrators. Our $1 million Challenge Award is miniscule in comparison.”

Where the science will go remains an open question. However, for Dr. Norins, the potential upside of a germ-related cause is huge. It could lead to a treatment, cure, or possibly even a vaccine. In a sense, it all leads back to that nagging question that first got Dr. Norins interested in Alzheimer’s: What if we’ve already developed a cure for Alzheimer’s and don’t even know it?

“[I]t is especially shocking that there have not been large, official trials of every single relatively harmless, already-US Food and Drug Administration-approved antibiotic, antiviral, etc,” he said. “There is almost nothing to lose.”
To stay informed on the latest in infectious disease news and developments, please sign up for our weekly newsletter.