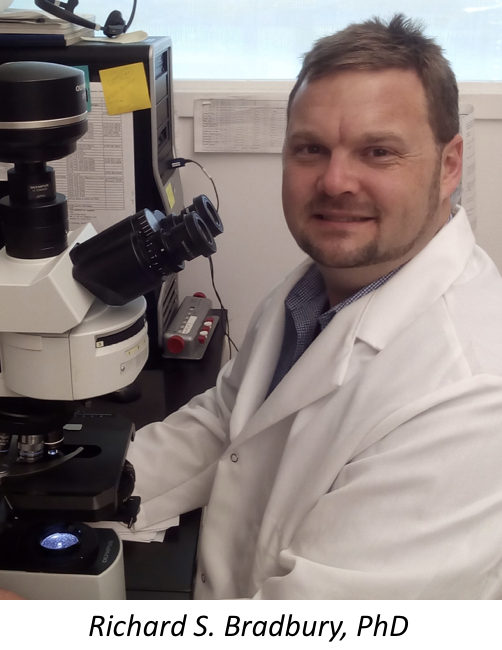 A recent report documents the first recorded case of a human infestation with the cattle eyeworm Thelazia gulosa.

Richard S. Bradbury, PhD, from the Centers for Disease Control and Prevention (CDC), Atlanta, Georgia, and colleagues published their case report online on February 12, 2018, in the American Journal of Tropical Medicine and Hygiene.

Thelazia species of eyeworms are relatively common veterinary parasites that infect animals in many countries, including the United States. Different species of these parasites may infect different animal species, such as horses, cattle, dogs, cats, pigs, sheep, goats, and birds.

In North America, T. gulosa and T. skrjabini are the Thelazia species that most commonly infect cattle.

Thelazia parasites are transmitted between animals by various flies, including the common house fly. While feeding on lacrimal secretions on the infected animal’s eye, the flies acquire larval forms of the parasites and transmit them to uninfected animals. The eyeworms may be seen in different regions of the animal’s eye, including on the conjunctiva and eyelids, as well as in the conjunctival sac and tear ducts.

“Previously, only two Thelazia spp. have been implicated as causing human thelaziasis worldwide, these being T. californiensis (in the western United States) and T. callipaeda (in Europe and Asia),” the authors write.

According to Dr. Bradbury and colleagues, a 26-year-old woman removed an approximately 1-cm-long, translucent worm from her left eye after experiencing 8 days of eye irritation and the sensation of a foreign object in the eye.

Over a 20-day period, she and several health care professionals, including a local physician, an optometrist, and an infectious disease specialist, removed a total of 14 worms from her left eye.

Some of the worms were submitted to the CDC for identification, and their features were consistent with T. gulosa.

Ophthalmologists performed multiple ocular irrigations but found no more worms in the woman’s eye, and she required no anthelmintic therapy.

Typically, common symptoms of Thelazia infection include mild conjunctival inflammation, foreign body sensation, and excessive lacrimation. However, less commonly, the worms may migrate across the surface of the eye and cause corneal scarring, opacity, and blindness, the authors note.

Despite Thelazia being a relatively common species of worm found in animals such as cattle in North America, the spread of infection from animals to humans is rare.

However, in this case, the woman had previously been fishing and horse-riding in a region of Oregon where cattle farming occurs. These outdoor activities probably exposed her to vector flies, say Dr. Bradbury and colleagues, and she may have delayed brushing away flies from her face.

“In this report, we add a third species, T. gulosa, an endemic eyeworm of cattle in North America, Europe, Central Asia, and Australia as a novel agent of human thelaziasis in the United States of America,” the authors wrote.

"As a parasitologist, this case was incredibly exciting to me. Finding that a person living in the United States was infected with a species of eyeworm that had never been seen affecting humans before was unexpected and a real challenge," Dr. Bradbury told Contagion®. "Two other species of Thelazia eyeworms, have occasionally been reported as causing human infection, but never this species, the cattle eyeworm (Thelazia gulosa)."

"A lot of detective work was needed to determine the exact species of Thelazia worm that was extracted from the eye of this patient," he added. "While these sorts of infections are rare and random events, and I don't expect to see any increase in human cases of eyeworm infection in the United States, it serves to highlight that parasitic diseases can jump from animals to humans, as well as the important role the experts at the CDC Parasitic Diseases Reference Laboratory play in detecting and diagnosing emerging parasitic diseases that could become a threat to the health and well-being of Americans."
Dr. Parry graduated from the University of Liverpool, England in 1997 and is a board-certified veterinary pathologist. After 13 years working in academia, she founded Midwest Veterinary Pathology, LLC where she now works as a private consultant. She is passionate about veterinary education and serves on the Indiana Veterinary Medical Association’s Continuing Education Committee. She regularly writes continuing education articles for veterinary organizations and journals and has also served on the American College of Veterinary Pathologists’ Examination Committee and Education Committee.
To stay informed on the latest in infectious disease news and developments, please sign up for our weekly newsletter.