APR 02, 2019 | JARED KALTWASSER
The American Academy of Pediatrics is giving its recommendation to the nasal spray form of the influenza vaccine for the 2019-2020 flu season, meaning parents will have 2 choices when getting their children vaccinated this fall.

As in previous years, the AAP is also giving its recommendation for the flu shot (inactivated influenza vaccine).

“Every year, we are never sure if the vaccine strains are going to be perfectly matched up with incoming flu strains, but based on the information that we have now, we believe the nasal spray is an acceptable option,” said Bonnie Maldonado, MD, who chairs the academy’s committee on infectious diseases, in a press release. 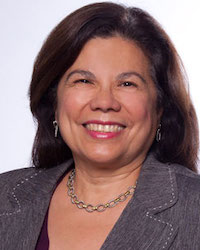 
However, the academy said the vaccine was altered in 2017 to better fight against A/H1N1, and early indications were that the change had been successful. At a meeting on March 14, the AAP’s Board of Directors was sufficiently satisfied with the latest vaccine data to issue its recommendation.

The AAP plans to issue a formal policy statement on the matter later in the year. They made the announcement this month because this is the time many clinics are ordering their vaccine supplies for the coming year.

The drop was most significant among children who received the nasal spray the first year but then were unable to get it the second year. The authors concluded that convenience is the major factor in determining whether children are vaccinated.

In making its announcement of the new recommendations, the AAP reiterated that vaccination is a critically important preventative health measure.

“The flu virus is unpredictable and can cause serious complications even in healthy children,” said Flor M. Munoz, MD, another member of AAP’s infectious disease committee. “Children who have been immunized are less likely be hospitalized due to flu.”

As of mid-March, the US Centers for Disease Control and Prevention reported a total of 76 children had died of influenza-associated causes during the current 2018-2019 flu season.

The article, "AAP Recommends Flu Shot, Nasal Spray Equally for Next Season," originally appeared on MDMag.com.
To stay informed on the latest in infectious disease news and developments, please sign up for our weekly newsletter.