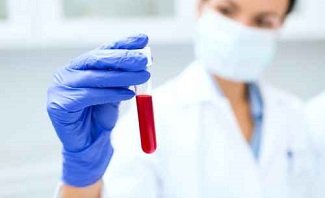 For years, the scientific community has been pursuing the holy grail of a complete cure for HIV, the infection linked to the deadly AIDS disease which has 35 million people worldwide since its discovery 4 decades—and to this day afflicts nearly 38 million.

But the virus’ tricky, constantly mutating nature has so far made it impossible to develop an effective vaccine, even as ever-better antiviral drug classes enable patients to manage the disease or even reduce their risk for it.

Of course, such issues have similarly burdened clinical pursuits into coronavirus 2019 (COVID-19). A great number of scientists conducting research on an HIV vaccine cure, along with scientists toiling on treatments for many other diseases, have been repurposed and put to work researching promising therapies and vaccine candidates for the novel coronavirus.

“We are in a holding pattern,” Paul Volberding, MD, director of the AIDS Research Institute at UCSF in San Francisco, told Contagion®. “We all need to be optimistic. I don’t see much happening [with HIV research] until we get the COVID-19 [vaccine].”

James Whitney, PhD, an assistant professor of medicine at Harvard Medical School and a principal investigator at the Center for Virology and Vaccine Research at Beth Israel Deaconess Medical Center in Boston, seconded Volberding’s assessment.

“One thing that has clearly happened, at least in the short term, is that the COVID situation has had a devastating impact on biomedical research,” he told Contagion®. “It’s been an absolute hard stop for everyone.”

At the height of the pandemic, US hospitals in high-infection areas reported overrun facilities and diminishing supplies; HIV clinical trial participants were among the patient populations reprioritized.

Pandemic aside, the HIV cure landscape has been comprised of a number of vaccine trials achieving varying degrees of success. “The most promising are vaccines using broadly neutralizing antibodies,” Whitney said.

These so-called bNAbs are able to act on a wide variety broadly of HIV strains, which—given the virus’ constant evolution—is important. A small rate of people with HIV eventually produce bNAbs on their own; the hope is that a vaccine would elicit bNAb production in individuals regardless their own ability.

Another area of intense focus has been the viral reservoir that remains dormant in people who are virally suppressed, and which has the potential to reactivate when antiretroviral therapy is halted.

“There’s an enormous amount of work ongoing in the area of latency reversal,” Whitney said, citing “shock and kill” trials in which cells in the HIV reservoir are prodded into action and then destroyed. Whitney’s laboratory has been researching the use of an IL-15 superagonist, N-803, which has shown promising results in monkey trials.

“N803 really increases viral transcription activity, which is a good thing,” he said.

Volberding is less sanguine about a breakthrough any time soon. “I think the idea of using drugs that selectively activate the reservoir has not gotten very far,” he said, adding that one problem is the lack of agreement on a reservoir size assay. “If we could have a consensus on how...you measure the reservoir [and] which test is the best, then we can measure whether it’s having an effect.”

In fact, an overarching goal in the scientific community right now is to focus the research on HIV and create a unified vision, according to Carl Dieffenbach, PhD, director of the Division of AIDS at the National Institute of Allergy and Infectious Diseases. He agreed that the latent reservoir of HIV cells is an area of great interest that continues to drive studies around the globe, and added that monoclonal antibodies have shown great promise in monkey trials and remain the focus of much discussion among scientists.

“Ongoing clinical studies have to continue because we’ve enrolled people,” Dieffenbach told Contagion®, adding, as of late May, labs were beginning to reopen. “Companies have continued to work on producing monoclonal antibodies for use in treatment and prevention.” Rather than a complete cessation of work on HIV due to COVID-19, he’s seen a temporary slowdown.

“I think we’ve gone to simmer,” he said. “Everything is on the stovetop; everything is being heated and stirred for when it’s ready.”

Dieffenbach envisions a future HIV cure that is not the result of a single breakthrough but a continuum of discoveries. “Going forward, we will have a range of options,” he said. “We should have a vaccine, we should have injectables or implantables.” PrEP will continue to play a role also: “It’s not just about eliminating the virus from the individual, but leaving behind a legacy of protection.”

Asked whether the intense research currently being conducted on COVID-19 could influence HIV studies and vice versa, all of the investigators expressed hope. Although there is no cure for HIV, Whitney pointed to the work that’s continued and grown in the last 30 years, noting the knowledge gleaned about virology and immunology over the decades would inevitably spill over into COVID-19 research as well.

The technology used today in scientific research is more sophisticated, Volberding agreed, and discoveries made about COVID-19 and HIV could be mutually beneficial. “The temptation is to speculate that the 2 fields are going to speak directly to each other,” he said. “They might.”

Acknowledging the urgency of finding treatments that work on COVID-19, Dieffenbach was optimistic about the contributions of HIV researchers in battling this global threat.

“Because of our skills and because of the reach of our networks, we have a lot to offer,” he said. But he also stressed that HIV research must continue, with the top minds in the field regularly exchanging ideas and meeting (virtually for now). “We actually need to remind people that science goes forward,” he said. “We cannot lose sight of the fact that we still have an HIV epidemic.”
To stay informed on the latest in infectious disease news and developments, please sign up for our weekly newsletter.