How Fear Inhibits HIV Testing and Treatment in African Men

NOV 11, 2019 | LAURIE SALOMAN, MS
In the push to make HIV testing and treatment more widely available, especially in underserved areas, it can be sobering to realize that availability does not always mean utilization. A recent study of men living in Cote d’Ivoire, or Africa’s Ivory Coast, demonstrated that deeply held beliefs about the stigma of HIV translated to shame, fear, and—for too many—lack of action.

A team of investigators at Johns Hopkins Bloomberg School of Public Health in Baltimore, partnering with Felix Houphouet-Boigny University in Cote d’Ivoire, got face to face with local men in discussions in November and December 2016. Using focus groups and personal interviews, the team talked with 227 men who lived in urban areas about their thoughts on HIV testing and its aftermath. The men were classified as either HIV status unknown, living with HIV but not in treatment, and living with HIV and getting treatment.

The results of the study, published in PLOS ONE, provided some explanation for the fact that while 1 out of 40 adults in the country are infected with HIV, fewer than one quarter of the men know their HIV status. Women are a little more informed, with 43% of them knowing their HIV status. What accounts for the low rate of testing in Cote d’Ivoirian men? Simply put, most of them are afraid of the repercussions of having a positive test result. 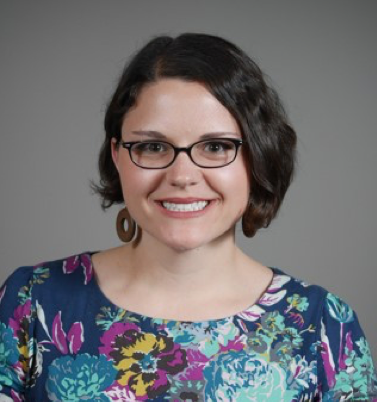 of the Bloomberg School of Public Health, and an author of the study, told Contagion®. “This stigma likely comes, in large part, from decades of fear-based messaging around HIV. It also comes from the fact that HIV is a sexually transmitted disease.”

The study found that men’s fears about HIV could be separated into 5 main areas: health, sexuality (including sexual performance), work and the ability to support a family, family relationships, and social status. Many expressed apprehension that a positive HIV test would undermine their ability to stay healthy, which they felt was necessary in order to be successful in all other areas of their life. They worried about the impact of HIV on their ability to be skilled sexual partners or to find sexual partners at all, to perform at their jobs, to function as the heads of their households, and to be looked on with admiration by other people.

It is notable that many viewed an HIV diagnosis through an outdated lens, seeing it as the death sentence it was decades ago, before antiretroviral treatment (ART) became available. Some also saw the diagnosis as worse than the effects of the disease. In their report, the investigators wrote that some participants said they would rather die of HIV than be tested and have the disease confirmed, or were convinced that the loss of health and status would kill them faster than HIV would.

Some African nations have made strides toward eradicating HIV, but too many have not. To overcome the reluctance to test for and treat HIV in African nations and others, Naugle stressed that it’s critical to counter the narrative that citizens in this part of the world have been getting. “We need to flood the media with positive images, stories, and messages of men and women living fulfilled lives with HIV and more up-to-date information about the availability of antiretroviral treatment.”

Health care providers, too, have a role to play in encouraging vulnerable people to learn their HIV status. “Clinicians should remember that there are many factors, not only health, that may motivate or deter patients from getting tested for HIV,” Naugle said. “Perhaps HIV counseling can be expanded to incorporate discussions around the non-health factors that men and women weigh in their decisions to get tested—or not—for HIV.”
To stay informed on the latest in infectious disease news and developments, please sign up for our weekly newsletter.