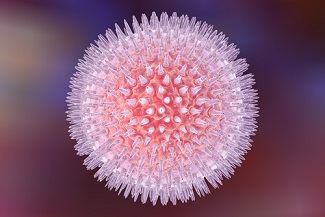 When the Zika virus caused an epidemic in 2015 and 2016, pregnant women were warned that they were at heightened risk of giving birth to infants with microcephaly, a condition linked to developmental delays and intellectual disabilities. Microcephaly was thought to be the hallmark of infection and subsequent neurological problems.

A new study showed a substantial portion of Zika-infected children who do not display microcephaly at birth also suffer from health anomalies, the full spectrum of which continues to be revealed.

A team of investigators at the David Geffen School of Medicine at the University of California Los Angeles (DGSOM UCLA) conducted a retrospective cohort study of 296 children with suspected antenatal Zika exposure who were seen at the Instituto Fernandes Figueira hospital in Rio de Janeiro, Brazil, between 2015-2019.

There were 219 confirmed cases; 4 subjects either died or dropped out of the study, leaving 215 pairs of mothers and children aged 0-4 years old to be followed. The study was published in JAMA Network Open.

Fifty-three infants were born with microcephaly and 162 had normocephaly, or head circumference within the reference range. However, the children with normocephaly were not spared Zika-related problems.

“Our main surprise after our data analysis was completed was probably the main finding of our study, that head size at birth is predictive of a child’s neurocognitive performance at age 1 year,” said primary author Jessica Cranston, a third-year medical student at DGSOM UCLA. “This was in children who were born with a head size within normal limits; that is, children who did not have microcephaly.”

The findings show, Cranston noted, that associations do not end at a threshold that defines or excludes microphaly.

Also striking was that head size changed over time in several of the children. Secondary microcephaly—in which a child is born with a normal head size and develops microcephaly within a few months of birth—occurred in 10.5% of the UCLA subjects.

Four out of the 53 children born with microcephaly saw their condition resolve over time.

“This is something that may happen in cases of proportional microcephaly, where the baby overall is very tiny,” Cranston said.

Because of the significant possibility of abnormalities in children infected with Zika while in the womb, no matter how they present at birth, regular surveillance is essential, say experts. The key takeaway message,

In an invited commentary on the study, Sarah B. Mulkey, MD, PhD, a prenatal-neonatal neurologist and assistant professor in the departments of pediatrics and neurology at the George Washington University School of Medicine and Health Sciences, wrote the key takeaway is that all children exposed to prenatal Zika virus need close developmental follow-up.

“Children may have subtle delay in their development that without developmental screening could be missed. Children who are normal appearing and without Zika-related birth defects like microcephaly are at risk to have anywhere from mild to more significant differences in their development,” Mulkey wrote. “Early recognition of developmental delay in a child is important to enable interventions such as physical therapy to help improve child outcomes.”

An important component of screening is measuring head circumference and tracking its growth trajectory, Mulkey added. Along with other screening and assessment tools, this can help identify a child with delays and enable clinicians and parents to seek speech, occupational, and physical therapies as early as possible.
To stay informed on the latest in infectious disease news and developments, please sign up for our weekly newsletter.