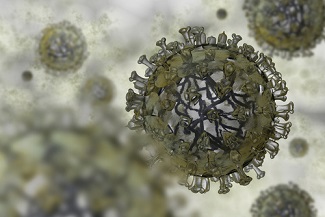 Baloxavir marboxil showed efficacy in reducing the time to improvement of influenza symptoms (TTIIS) in patients identified in having at least 1 high-risk factor, according to findings from a phase 3 assessment.

Baloxavir, a selective inhibitor of influenza cap-dependent endonuclease, was approved in the US and Japan in 2018 for the treatment of influenza (flu) in patients 12 years and older.

Investigators performed a double-blind, placebo-controlled and oseltamivir-controlled trial in patients aged 12 years and older. Enrollment included a total of 2184 outpatients.

The study was led by Michael Ison, MD, professor, Division of Infectious Disease and Organ Transplantation, Northwestern University, and an international group of investigators from 551 sites in 17 countries and territories.

Their findings were published in The Lancet.

“This study supports early therapy for patients at high risk of complications of influenza to speed clinical recovery and reduce complications,” investigators wrote.

For inclusion, patients had to be diagnosed with an influenza-like illness, had symptoms for less than 48 hours, and had at least 1 risk factor for associated complications.

Overall, the investigators concluded that baloxavir is a viable influenza therapy for clinicians to include in their treatment armamentarium.

“Single-dose baloxavir has superior efficacy to placebo and similar efficacy to oseltamivir for ameliorating influenza symptoms in high-risk outpatients,” investigators wrote. “The safety of baloxavir was comparable to placebo.”


To stay informed on the latest in infectious disease news and developments, please sign up for our weekly newsletter.