TB Cases Decline in the US, But Progress Too Slow to Achieve Elimination in This Century 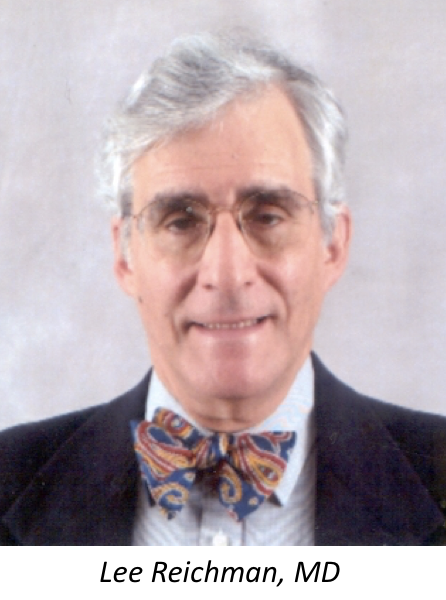 With upwards of 2 billion individuals infected with tuberculosis (TB) each year, the disease remains a significant public health issue; in fact, it’s estimated to be one of the top 10 causes of death worldwide.

In light of World TB Day, a day that is recognized each year on March 24th to promote awareness of TB and the efforts that are needed to address the challenges associated with it, the Centers for Disease Control and Prevention (CDC) have released provisional surveillance data illustrating the United States is seeing the lowest case count and incidence since surveillance on TB infections began in 1953.

A study included in the new issue of the CDC’s Morbidity and Mortality Weekly Report reveals that 9093 new cases of TB were reported in the United States in 2017, a 1.8% decrease from 2016. The current TB rate (2.8 cases per 100,000 population), however, remains at levels that are 28 times higher than the elimination target rate. This means that the rate is far too slow to achieve disease elimination in this century.

There are several reasons why TB continues to be such an enormous problem. For one, although the disease is curable, treatment is extensive, costly, and known to cause several side effects; as such, individuals may struggle with adherence. In addition, the diagnostics available to health care providers are incredibly outdated.

“The tuberculin skin test is over 100 years old and unfortunately it’s not particularly sensitive or specific in detecting the latent TB infection,” Lee Reichman, MD, executive director of the Global Tuberculosis Research Institute at Rutgers New Jersey Medical School, told Contagion®. “Of course, the holy grail in TB testing would be a test that tells us who among those infected will progress to active TB, but we aren’t there yet.”

However, things may be looking up.

“We’ve needed new tools for years and now we have them. Interferon-gamma release assay (IGRA) blood tests for detecting latent TB are far more sensitive and specific, and are better than the skin tests,” he said. “I think this is a great development in the fight against TB and agree with the CDC and the World Health Organization that these tests need to be more widely used.”

The need to better detect latent TB infection (LTBI) is becoming increasingly apparent; in fact, the new CDC report underscored the sobering fact that reactivation of latent TB is the primary driver of the disease in the United States, accounting for over 80% of all cases. According to the CDC, substantial increases made in the testing and treatment completion of LTBI would work to substantially accelerate progress toward disease elimination.

“We have now a more acceptable and less toxic regimen to treat people with LTBI, which consists of only 12 doses taken weekly of rifapentine and isoniazid,” Dr. Reichman said. “What used to be a 9- to 12-month regimen to treat LTBI can now be done in 3 to 4 months.”

In order to get back on track for TB elimination, the CDC stresses the use of a dual approach which would require strengthening programs that currently exist for TB as well as systems that are already in place to improve the diagnosis and treatment of active TB. However, additional efforts are needed to address the significant issue of latent TB reactivation. Therefore, strengthening testing and treatment practices for those who are at high-risk of progressing from latent TB to active disease is needed. These high-risk individuals include: those with weakened immune systems (such as those with HIV); those living in congregate settings such as long-term care facilities, homeless shelters, or correctional facilities; and those who were born in, lived in, or traveled for long periods of time in countries with high rates of the disease.

The theme for this year’s World TB Day is “Wanted: leaders for a TB-free United States. We can make history. End TB,” which underscores the importance of engaging and empowering public health partners, clinicians, and community efforts to fight TB. Being cognizant of the disease is the first step when it comes to physicians, according to Dr. Reichman.

“The role of the physician is to first keep TB in mind—to think TB. TB doesn’t always have the typical presentation we learned about in medical school, and it’s very important it’s caught and treated early on to prevent further spread of the disease,” he stressed. “The second is that if you have a patient with TB, be sure to report it to the health department, and in cooperation with them make sure that the contacts of individuals with active TB are investigated with an IGRA, and treated with the 12-dose regimen if infected.”
To stay informed on the latest in infectious disease news and developments, please sign up for our weekly newsletter.