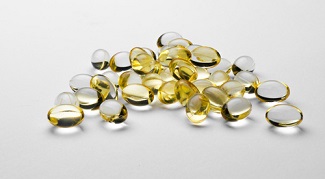 Vitamin D supplementation has been seen as a potential tool to lower rates of tuberculosis (TB) infection, but a new randomized controlled study suggests the vitamin does not protect against the disease.

The findings are a setback in the global effort to fight TB. The World Health Organization has set a goal of cutting the incidence of TB by 80% by the year 2030.

The new report, published in the New England Journal of Medicine, was based on a study of 8851 children who attended 1 of 18 schools in Ulaanbaatar, Mongolia. All of the children were between the ages of 6 and 13. Children were excluded if there was evidence of latent TB infection or rickets.

Over the course of 3 years, the children were given either a 14000 IU (0.35 mg) vitamin D supplement or placebo on a once-weekly basis. The children were randomized on a 1:1 basis with 4418 in the vitamin D group, and the remaining 4433 receiving placebo. The primary endpoint was positive TB tests by QuantiFERON-TB Gold In-Tube assay (QFT).

The study succeeded in raising 25(OH)D levels. At the end of the study, patients receiving the supplement had average levels of 31.0 ng/mL, while the placebo group’s rates averaged 10.7 ng/mL.

However, the better 25(OH)D levels did not translate into better protection against TB. Over the course of the study 147 children in the vitamin D group had tested positive for TB. In the placebo group, the number of positive cases was 134. On a percentage basis, the rates were 3.6% and 3.3% in the vitamin D and placebo groups, respectively.

Corresponding author Adrian Martineau, PhD, of Queen Mary University of London, and colleagues, noted that their findings contradict previous cross-sectional studies, as well as an earlier pilot study conducted by his research group.

“The results of cross-sectional studies are potentially vulnerable to the effects of unmeasured or residual confounding or reverse causality,” the authors noted. “The positive result of our pilot study may have been due to the type I error (the P value for the primary outcome of a conversion to a positive tuberculin skin test was 0.06) or the different methods used to assess M. tuberculosis infection (tuberculin skin test in the previous study and QFT in the current trial).”

Martineau and colleagues also raised one other possibility. A closer look at the data suggested that a subgroup of children with the most severe vitamin D deficiencies (those below 10 ng/mL) might still benefit from supplementation.

“[H]owever, the results of this subgroup analysis should be interpreted with caution, given that the analysis was performed post hoc and there was no adjustment for multiple comparisons,” they wrote.

They authors said they plan further analysis to see if the effects of supplementation change with additional time. In the meantime, they said the best available evidence suggests vitamin D supplementation is not the panacea some had hoped.
To stay informed on the latest in infectious disease news and developments, please sign up for our weekly newsletter.