An examination of ventilator patients found a significant number of them could suffer from a variety of life-long injuries. 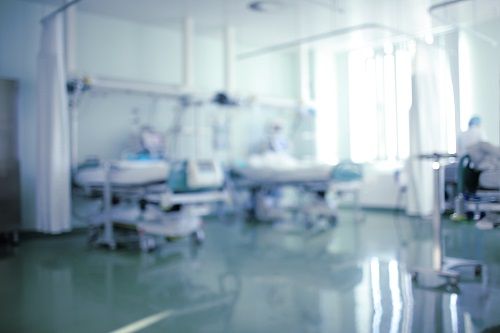 Between 12% to 15% percent of ventilated COVID-19 patients have permanent nerve damage, according to 2 new studies.

Findings from one of the studies comes from the Shirley Ryan AbilityLab and Northwestern University Feinberg School of Medicine. Investigators believe the nerve damage is the result of reduced blood flow and inflammation. Their study has been accepted by the British Journal of Anaesthesia.

Other non-COVID-19 patients on ventilators in this position rarely experience any nerve damage.

"It's shocking how big a problem it is," lead investigator Colin Franz, MD, PhD, Shirley Ryan AbilityLab and an assistant professor of physical medicine and rehabilitation and neurology at Northwestern's Feinberg School of Medicine, said. "This is a much higher percentage of patients with nerve damage than we've ever seen in any other critically ill population. Ordinarily, very sick people can tolerate the position that helps their breathing. But COVID patients' nerves can't tolerate the forces other people can generally bear."

Franz and his team observed 20 patients from seven different hospitals with these injuries.

"We noticed patients are getting a lot of pressure at the elbow or at the neck, so we've made some adjustments to the way we position the joints as well as putting extra padding under the elbow and the knee where there is the most pressure," Franz said.

This side effect injury has been missed because people who have been critically ill are expected to wake up with some generalized, symmetric weakness because they have been bedridden, according to Franz. But the pattern of weakness in the COVID-19 patients caught the researchers' attention during rehabilitation since quite often an important joint such as the wrist, ankle or shoulder would be completely paralyzed on one side of the body.

The most common injuries are wrist drops, foot drops, loss of hand function and frozen shoulder. Some patients had as many as four distinct nerve injury sites. Some people who are dragging a foot need assistance with walking such as a wheelchair, brace, or cane.

Franz and colleagues have been doing some therapeutic nerve stimulation, which has shown in other work to help regrow nerves. Franz collaborates on this line of research with John Rogers, biomedical engineer at Northwestern's McCormick School of Engineering, and Dr. Sumanas Jordan, an assistant professor of surgery at Feinberg and a Northwestern Medicine plastic surgeon.

However, many patients have pre-existing conditions that interfere with nerve regeneration, such as diabetes mellitus, so they are less likely to recover full function.