More than 3,000 Receive the Ebola Virus Vaccine in DRC Outbreak

An Ebola virus outbreak that began in the DRC in May has been the first in which a new vaccine and several therapeutic drugs have been available, and health officials around the world are praising the response.

More than a month since an Ebola virus outbreak began in the Democratic Republic of Congo (DRC), African health officials are using new weapons to fight the spread of the outbreak, including a not-yet-licensed Ebola vaccine.

On May 8, 2018, DRC health officials announced that a new outbreak of Ebola virus had hit the town of Bikoro, following laboratory confirmation of 2 cases there. By May 11, the World Health Organization’s (WHO) Regional Office for Africa announced 34 total Ebola cases reported in the DRC, of which, 2 were confirmed, 14 suspected, and 18 were probable and deceased patients. Less than a week later, a new Ebola case was reported in Mbandaka, an urban area with a population of about 1.2 million, concerning local health officials and bringing the number of cases in the outbreak to 44. This has been the country’s ninth outbreak since the virus’s discovery there in 1976.

Within 2 weeks of the outbreak’s start, WHO Africa announced that the DRC’s northwestern Equator Province would be receiving more than 7,500 doses of the investigational Ebola virus vaccine known as rVSV-ZEBOV, which researchers have found can offer protection against the deadly virus for up to 2 years. Donated by Merck and distributed with $1 million in funding from the Global Alliance for Vaccines and Immunization (Gavi), the vaccine doses were set for a ring vaccination campaign to immunize rings of individuals around infected individuals. The response to the outbreak has also included the approval of the compassionate use of 5 investigational drugs to treat Ebola infections.

A June 17 epidemiological update on Ebola virus from the DRC’s Ministry of Health reports that there have now been 64 reported cases of hemorrhagic fever in the region, including 38 confirmed, 14 probable, and 12 suspected; this includes 2 new cases in Bikoro and 4 new cases in Iboko. Since the start of the epidemic, there have been 24 people cured of Ebola infection and 28 deaths. The update also reports that since the start of the vaccination campaign on May 21, 3,017 individuals have been vaccinated, including 829 in Mbandaka, 726 in Bikoro, 1,374 in Iboko, 77 in Ingende, and 11 in Kinshasa.

This is the first Ebola outbreak during which the new vaccinations and therapeutics have been available, and health officials are touting the efforts. “It’s far too early to declare victory, but the signals are positive and we are cautiously optimistic,” said WHO director-general Tedros Adhanom Ghebreyesus, PhD, MSc, in a recent statement. “We have new weapons and together with the government and our partners, we have acted with urgency to save lives. We will remain vigilant until this outbreak is over.”

For now, WHO and DRC officials say that the focus of the outbreak response is now shifting from the more urban areas of Mbandaka and Bikoro to remote areas of the country. “The next phase is all about expeditionary surveillance: teams of epidemiologists fanning out over hundreds of kilometers by motorcycles through the remote rainforests,” said Peter Salama, MD, WHO deputy director-general of emergency preparedness and response. “They are working to find each case quickly, tracking the contacts and engaging the communities, including the indigenous population in and around the villages of Itipo and Iboko. We need to pursue the virus wherever it heads and remain agile, responsive and super focused.”

A new comment published in The Lancet has lauded the efforts to fight this most recent Ebola virus outbreak. "The response to the current outbreak in DRC has been rapid at the national, continental, and international levels,” write the authors. “The DRC Health Minister, Oly Ilunga Kalenga, has led his country's response with pragmatism and expediency, both in Kinshasa and at the provincial levels, by developing a comprehensive response plan and establishing appropriate technical committees and mobilizing the requisite political, financial, and technical support.”

For the most recent case counts associated with the Ebola outbreak in the DRC, be sure to check out the Contagion® Outbreak Monitor. 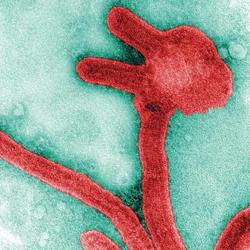