With Polio Eradication On the Horizon, Health Officials Tread Carefully

Polio could soon be completely eradicated, but public health officials have an intricate set of steps to ensure a lasting defeat. 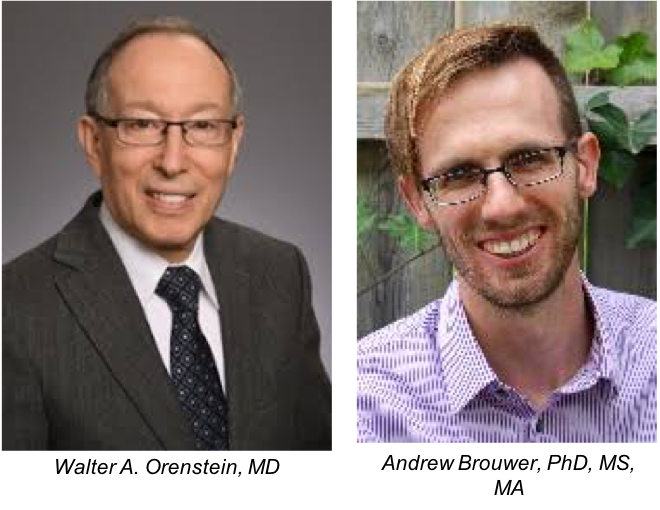 In the global fight to eliminate infectious disease, the scoreboard remains rather barren. Although much progress has been made curtailing and vaccinating against myriad diseases, only smallpox has been completely eradicated.

That could soon change, though. The number of cases of polio currently stands at less than two dozen. And as public health officials zero in on their end goal, they are finding that putting the final nails in the coffin of poliovirus is not as simple as it might seem.

“Eradication is a very unforgiving goal,” said Walter A. Orenstein, MD, a professor at Emory University in an interview with Contagion®. “You’ve got to get to zero.”

Dr. Orenstein, the longtime head of the United States Immunization Program, told Contagion® that although the disease is now present only in Afghanistan and Pakistan, it ought to remain a global priority.

“Eradication is in the interest of the rest of the world because there is certainly the potential that people with polio from those areas can travel and potentially lead to outbreaks in other places,” he said. “There are efforts to avoid that; there are special recommendations for people who will be traveling to have received an extra dose of vaccine if they travel. But, as long as polio circulates anywhere it’s a risk to all of us.”

One of the most sinister things about poliovirus is the silent way in which it spreads. According to the US Centers for Disease Control and Prevention, about three-quarters of patients who become infected with the virus will not show any outward symptoms. Those who do will mostly present with flu-like symptoms, such as headaches, fevers, and stomach pain.

Only in rare circumstances do more serious complications occur—paresthesia, meningitis, paralysis&mdash;but those symptoms can be life-threatening.

In the early 1950s, tens of thousands of people were becoming paralyzed as a result of poliovirus infection. This epidemic, though, was much broader, since less than 1% of patients with polio become paralyzed.

The public health emergency helped lead to the creation of new vaccines in 1955 and 1963, and by the mid-1960s the number of polio cases in the United States had fallen below 100.

The last case of polio in the United States was reported in 1979. Since then, public health agencies and researchers have backed the disease into a corner. The most recent data show there are only 22 cases of known poliovirus infection in the entire world. And though the number of cases has increased over the past year, all signs suggest the virus will soon go the way of smallpox and become a bad memory and a cautionary tale from the annals of medical history. Yet, for researchers who have devoted decades fighting to end the disease once and for all, the finish line remains elusive.

One recent example of the challenge is Israel. In 2013, there was an outbreak of “silent” polio in the city of Rahat. The term “silent” is used for cases where the patients show no significant symptoms. The country’s public health infrastructure was robust enough to catch and contain the outbreak before any of the patients experienced life-altering complications. Still, the outbreak served as a reminder that eradication is an all-or-nothing enterprise.

Andrew Brouwer, PhD, MS, MA, a research investigator in epidemiology at the University of Michigan School of Public Health, said there are 2 aspects of polio that make silent transmission especially likely.

“First, people who have had the inactivated polio vaccine (as opposed to the oral polio vaccine) can still transmit polio but are immune to paralysis, further tipping the infection-to-paralysis ratio,” Dr. Brower told Contagion®. “Second, immunity to polio may wane, leaving more people at risk than public health officials may think, even if vaccination coverage is high.”

Dr. Brouwer was the first author on a study published this month in PNAS that evaluated the implications of the Israeli outbreak. The key takeaway from the research was that robust environmental monitoring will be critical to ensuring the long-term elimination of polio. He and his colleagues developed an analytical model to convert data from sewage monitoring into actionable insights about the scope and trajectory of polio epidemics.

Monitoring of this type can track epidemics but also help confirm eradication locally.

Ironically, as public health officials work to close out the polio era, one of the most important tools in the fight to eradicate the virus has become a part of the problem.

“A big question in polio eradication is how and when to cease oral polio vaccination, which contains live-attenuated poliovirus that can prevent transmission of wild polio but also has the potential to mutate and regain virulence, creating its own outbreaks,” Dr. Brouwer said.

Dr. Orenstein said evidence suggests that wild-type 3 has also been eradicated, although its eradication has yet to be officially certified. That leaves type 1 as the primary threat at the moment.

As Dr. Orenstein suggests, the medical and scientific path to eradication is clear and relatively straightforward. The trouble, then, is in a different arena.

“The biggest impediment, in my opinion, is security,” Dr. Orenstein said. “It’s no coincidence that the 2 remaining endemic countries are places where security is a problem.”

A lack of security in Afghanistan and Pakistan makes it difficult to get vaccines to the people who need it. Even when vaccines are available and able to be transported in, they need to be distributed at safe, trusted sites. According to Dr. Orenstein, some groups are facilitating vaccination clinics at local mosques in the 2 endemic countries. Such clinics are helpful and preferable to going house-to-house offering vaccines, he said.

Another issue has to do with enthusiasm. A report issued earlier this year by the Independent Monitoring Board of the Global Polio Eradication Initiative suggested that the sense of urgency about eradicating polio has waned, even in spite of the World Health Organization’s 2014 declaration that polio was a public health emergency of international concern (PHEIC).

“Perhaps unsurprisingly in a program that has been running for 30 years, at times implementation has become ‘business as usual’, with a failure to consistently reflect the dynamism and urgency that are required,” the board wrote.

They went on to argue that complacency is the enemy of eradication efforts.

“[I]n the last minutes of such a long game, now is not the time to ease off,” the board said. “The program cannot become bogged down in process and bureaucracy, must remain open and flexible to the adoption of new strategies, ensure that it deploys the best people to the most difficult places, and remain fully focused on interrupting transmission.”

Dr. Orenstein said there is one other consideration health officials need to keep in mind as they complete the fight against polio, although it doesn’t directly have to do with polio itself. He noted that anti-polio efforts have involved training thousands of health care workers and setting up clinics and other health facilities in places that did not previously have access to health care. As polio is eradicated, Dr. Orenstein said there is a tremendous opportunity to leverage the public health infrastructure created to fight polio in service of other public health goals.

“[The global fight against polio] has helped in areas with building immunization systems and training people and we also need to find a way to transition the people and facilities to other kinds of global health priorities,” he said.

For his part, Dr. Brouwer said it is an exciting time in the fight to rid the world of polio, but he said the battle is still very much ongoing. He summarized it by paraphrasing the noted epidemiologist Larry Brilliant, MD, who said, the “final inch is often harder than the first mile.”