SEP 05, 2019 | JARED KALTWASSER
On September 1, 2019, Hurricane Dorian made landfall in the Bahamas as a category 5 hurricane. The storm has since downgraded and migrated out of the area, but the level of devastation and the long-term consequences are unknown at this time.

In June, as the Atlantic hurricane season kicked into high gear, lawmakers in Washington were still arguing over exactly how much disaster relief funding to send to regions hit by hurricanes last year, and even 2 years ago, in the case of Puerto Rico.

“There are several infectious disease risks that might occur after a natural disaster,” said Sarah M. Bishop, MSN, APRN, CCNS, CIC, director of infection prevention and control at the University of Louisville Hospital. 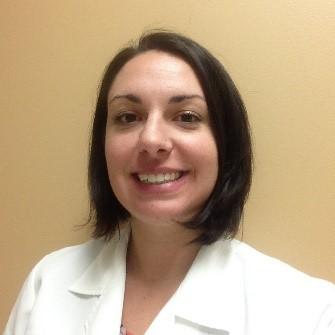 In order to lower the risk of such outbreaks, Bishop said public health agencies would benefit from funding that takes into account a wide range of outbreak prevention efforts.

“Funding should be made available not only for supplies needed during immediate disaster relief but also long-term response,” she said. “Funding for training, planning, and conducting response drills is highly beneficial in ensuring an effective response.”

To be clear, infectious diseases are not the primary risk to public health during a natural disaster, particularly in developed countries that are not experiencing military conflicts.

Still, a number of factors related to natural disasters can raise the risk that an infectious disease outbreak will occur.

Watson said overcrowding as a result of displacement can create health concerns. He noted that when displaced individuals are forced to live together in large shelters, the risk of outbreaks of diseases like measles increases.

“Measles and the risk for transmission after a natural disaster are dependent on baseline immunization coverage among the affected population, and in particular among children <15 years of age,” he wrote.

More than 18,000 people contracted the measles in the Philippines following a 1991 volcano eruption, for instance.

The presence of standing water in areas hit by hurricanes or flooding can also be problematic for public health.

“One risk is that of waterborne infectious diseases, such a cholera, due to infrastructure damage resulting in contaminated water supply and insufficient or absent sanitation facilities,” said Bishop, who is also a member of the communications committee at the Association for Professionals in Infection Control and Epidemiology (APIC). “Illness can occur after ingesting contaminated water or not being able to wash hands or provide for basic sanitation needs.”

In testimony before the House Energy and Commerce Committee’s Subcomittee on Energy back in 2017, Catherine B. Kennedy, RN, of National Nurses United, said the destruction of infrastructure in Puerto Rico appeared to be leading to serious infectious disease concerns.

“Since water treatment plants had not been restored during our time in Puerto Rico, nurses witnessed the beginnings of multiple outbreaks of waterborne diseases including leptospirosis, an animal-borne bacterial disease that can be fatal if not properly treated in time,” she said.

Even if the water is not contaminated, it can still raise issues because it’s an opportunistic breeding ground for insects who transmit diseases.

“We find that the impact of vector-borne disease transmission is on average greater the earlier an HRE occurs in the transmission season, and the larger the case importation rate,” wrote Gerardo Chowell, PhD, a professor of mathematical epidemiology at GSU, and colleagues.

In a press release, Chowell said the phenomenon largely has to do with temperature.

“The warmer it is, the faster an infected mosquito will be able to transmit the virus,” he said. “Considering that mosquitos have an average lifespan of less than two weeks, that temperature difference can have a dramatic effect on disease outbreaks.”

In addition to risks related to overcrowding and water, some not-so-obvious risk factors can also wreak havoc on the public health. Bishop said foodborne illnesses like norovirus or Salmonella can become a problem after natural disasters.

“Good Samaritans may wish to support response efforts by providing home cooked meals to survivors and first responders,” she said. “Food can become contaminated during preparation, transport, or storage.”

That’s why it’s better for the public to donate pre-packaged, non-perishable items, bottled water, or money, rather than freshly prepared meals.

Although the risks associated with natural disasters are plenty, most of the work of preventing infectious disease outbreaks needs to happen prior to the event itself.

One tool the government uses to contain outbreaks is the Strategic National Stockpile (SNS) of vaccines, medications, medical devices, and other equipment. The stockpile was first created in 1999, according to 2018 testimony from Stephen C. Redd, MD, who heads the US Centers for Disease Control and Prevention (CDC’s) Office of Public Health Preparedness and Response.

“Since its inception, SNS products and staff have been deployed more than 100 times for events ranging from natural disasters to infectious disease outbreaks,” Redd said.

Redd added that another key tool is surveillance. Like the stockpile, surveillance systems work best when they are in place before the disaster hits. He noted that prior to 2017’s hurricane season, the CDC had begun working with other officials in the Department of Health and Human Services to create a data-sharing mechanism for data gathered by the federal Disaster Medical Assistance Team (DMAT).

“As the hurricanes hit, CDC and [HHS’ assistant secretary for preparedness and response] established data flow mechanisms and rules, and in 2 days put in place a system to receive hourly data from DMATs, resulting in timely information that helped responders target communities at greatest need for public health interventions,” he said.

Bishop said successful prevention of post-disaster outbreaks is also about training—lots of it—prior to the disaster itself.

“Any community has the potential to be impacted by a natural disaster, so all health care providers face the possibility of being required to respond during the often complex and high-stress situations that can arise,” she said.

Several organizations provide assistance to providers interested in improving their personal preparedness to help respond to disasters. APIC provides a number of resources on its website. The American College of Emergency Physicians has a Disaster Medicine Section. And the American Board of Disaster Medicine offers a disaster medicine certification for providers seeking to boost their education in the links between natural disasters and public health.

Meanwhile, a CDC program, the Public Health Emergency Preparedness cooperative agreement program, has sent hundreds of millions of dollars to state and local health departments, including more than $600 million in 2017. Redd said the effort, which helps integrate local, state, and federal disaster preparedness efforts, is the CDC’s largest state program.

Any work done before a disaster hits will pay significant dividends if disaster does strike, Bishop said.

“When it comes to effective emergency response, planning and practice is key,” she said.
To stay informed on the latest in infectious disease news and developments, please sign up for our weekly newsletter.